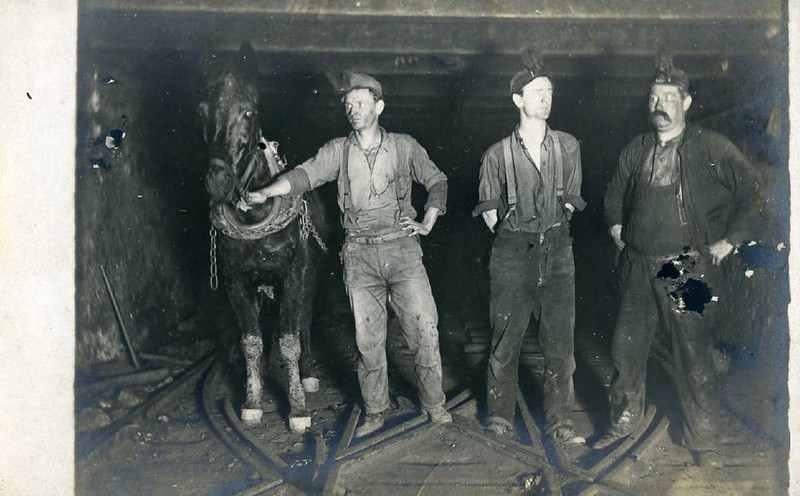 A class curriculum designed by the American Coal Foundation asks schoolchildren, “What do you think are some of the costs associated with mining coal?” Elementary school students should discuss this question after participating in “a simulated ‘mining’ / of chocolate chips / from cookies, / using play money / to purchase / the necessary property, / tools, and labor,” explains Mark Nowak in his 2009 book, Coal Mountain Elementary.  Given the question’s context, the costs associated with mining should be understood purely in terms of dollars and cents. Some adult readers of Coal Mountain Elementary may already understand that the costs associated with coal mining cannot always be measured in money. It is well understood by now the heavy toll that coal mining takes on geographic landscapes, their local populations, and the climate, despite practices of environmental remediation. There is also, however, another toll that mining takes—that all labor takes—on our individual bodies and lives.

Coal Mountain Elementary is an assemblage of working-class artifacts. It braids together verbatim testimony from the survivors and rescue teams of a deadly mining accident in Sago, West Virginia; the American Coal Foundation’s educational programming for elementary schools; newspaper excerpts from various mining disasters throughout China; and color photographs of American mining towns and Chinese miners. It is an example of a documentary poetics that attempts to recover the stories and tragedies of working-class people, a violence that is often elided by larger grand narratives of economic progress and dominance. It underscores the fact that a strong economy does not necessarily translate to a boost in the material conditions and lives of workers. Workers may live in the wealthiest country in the world—wealth that they have worked to produce—but that wealth is distributed in such an unequal way that they may never see it.

In a capitalist economy, the only capital that many people control is their bodies, bodies that encapsulate potential labor that must be sold in exchange for a wage. The body becomes a commodity, purchased by those with large amounts of capital in the form of money, who then use their purchased labor to create a surplus of value or profit, thereby increasing their accumulated capital and purchasing power. According to the ACF’s lesson plan, students should be able to explain “that each minute / of mining (labor) / costs $1 / and that each / chocolate chip / mined from their property / will result in a $2 profit.” It is a simple enough equation. Thinkers like Karl Marx argue, however, that though a laborer may freely sell his or her labor power as a commodity to the capitalist on the open market, this does not entitle the capitalist to the integrity and fullness of an individual’s life beyond that purchased commodity. “The capitalist has not the formal right to put the body of the person at risk,” writes the economic geographer David Harvey, “and working practices that do so are open to challenge.” But the extraction of productive labor from an individual can, and often does, reach a point of exploitation. Bodies may be put at risk as labor is consumed in the service of profit; after enough profit is created, a body has served its function and may ultimately be disposed of.

Coal Mountain Elementary makes it clear that there is thus a need for solidarity among the working class—workers in West Virginia and workers in China are connected by the shared indifference of their capitalist managers. After a deadly explosion at a Chinese coal mine, Nowak records the testimony of one of the victim’s family members: “‘It’s all the management’s fault,’ a woman surnamed Ge, whose nephew and brother-in-law were among the missing, said as she stood outside the gates of the mine. ‘They knew all along that there were safety problems but they wouldn’t do anything about it.’” In the Coda section of the book, an Associated Press report details the events leading to the death of twelve miners in West Virginia: “International Coal Group, the mine’s owner, has said it believes a lightning bolt somehow ignited methane gas that had accumulated naturally in a sealed-off section of the mine. Mr. Boni was certified as a fire boss and occasionally conducted preshift inspections to ensure the safety of incoming crews. Mr. Chisolm told investigators that a carbon monoxide alarm had sounded about 20 minutes before the explosion. Following procedure, he alerted a crew inside the mine and asked it to verify the alarm because the system had a history of malfunctions.” There is a tacit understanding and acceptance that those in charge knowingly and repeatedly violate the rights of laborers by putting them at risk in the name of profit.

The competition of a global market often leads to a kind of submission of labor to these abusive practices. Harvey writes, “Different bodily qualities and modes of valuation (including the degree of respect for the bodily integrity and dignity of the laborer) achieved in different places are brought into a spatially competitive environment through the circulation of capital.” If a capitalist has difficulty finding labor in the United States willing to submit to a high degree of management and punishment, the capitalist can simply look in other parts of the world with more flexible ideas of bodily autonomy. “Uneven geographical development of the bodily practices and sensibilities of those who sell labor power becomes one of the defining features of class struggle as waged by both capital and labor,” Harvey argues. Under a fair contract between laborer and capitalist, laborers should be adequately compensated in order to provide for the needs that will regenerate their bodies and sustain them. In the cases that Nowak depicts—the “occurrence of big safety accidents which claim huge casualties”—the bodies of laborers are consumed in deformative and irremediable ways. The profit incentive in both China and the United States have devalued labor to the point that those bodies become disposable.

If this is true, then how does an exploitative economic model continue to reproduce and sustain itself? In contemporary culture it has become a point of pride to brag about the abuses we put our bodies through in the name of work. We collectively value productivity and hard work, but we associate those values with the sheer number of hours we spend at our jobs (to the point of infringing on other facets of our lives) and how far we can push our bodies despite unsafe working conditions and our deteriorating physical and mental health. Productivity becomes a death cult, a benchmark without a horizon in which capital pits labor against itself in an endless competition. We valorize exploited laborers for their toughness and demonize those who push back against normalized exploitation as entitled and lazy. We justify suffering by resorting to received narratives that correlate success with grinding down our bodies.

When their power is threatened, large capitalist interests will always be quick to try to discredit labor. In Qinfenggou West Coal Mine in Huangling, “[s]ix miners working underground were killed . . . After the accident, He Mingshan, owner of the private coal mine, and the Huangling County Coal Industry Bureau allegedly tried to cover up the truth and tried to bribe local reporters who went to cover the event, sources said. ‘They tried to put some cartons of cigarettes and bottles of wine into my car,’ said Chen Youmo, a reporter from a local news organization. The mine’s owner allegedly handed the relatives of the two dead miners 200,000 yuan (US$24,661) each as compensation and to keep quiet about the accident. ‘The mine’s owner urged me and other relatives of the dead miners to go back home as soon as possible after receiving the money and told us not to tell the truth to anyone,’ said Liu Qinxiang, wife of Yuan Chaoyin who was killed in the accident.” Capital not only purchases labor, but can purchase a person’s silence and construct “alternative facts.” Capital can manipulate our understanding of events.

A dominant political or economic system reinforces itself through ideology—framing the world in a certain way to naturalize current power relations and crush challenges to institutionalized power presented by any alternative system. Education is one of the ideological tools that hegemonic orders use to accomplish this normative consensus. A part of the ACF’s lesson plan requires students to understand that “the making of coal flowers / is a historic craft that was practiced / by coal mining families / in the late 1800s and early 1900s. / When families had / little money / to buy decorations / or purchase toys, / they used / common household products / and coal to make / beautiful crystal flowers.” Students should reproduce their own coal flowers as part of an experiment. Afterward, they should reflect: “Place the experiment / in its historical context / by discussing why / this activity might be / a natural one / for coal mining families / in the late 1800s and early 1900s.” The problem is that there is nothing “natural” about these activities at all. They are a product of poverty created by an unequal concentration of wealth as a result of the artificial orders we have all come to live under. They only become natural if we frame our understanding of the world as an inherent need to sell our labor in order to produce profit for someone else.

Nowak illuminates how capital circulation constructs the ways children come to understand themselves representationally. The ACF’s lesson plan—and consequently the child who is subjected to it—understands its objectives in terms of capitalist desire. Students are meant to place themselves in the role of the capitalist, adopting the rationale of coal industries in identifying obstacles to their pursuit of profit. The lesson reads: “Coal companies / are required by federal law / to return the land they mine / to its original, or an improved, condition. / This process, known as reclamation, / is a significant expense for the industry.” The student may intuit that, should they grow up to be a worker who challenges industry by refusing to degrade their own body, they too will become an obstacle to profit. The student must learn to sympathize with a corporation that exploits their labor. The coal industry, after all, “faces challenges / to make itself / profitable,” and students would do well to “calculate costs and profits / from cookie mining / and relate them to the mining industry” if they intend to fit themselves into the current economic regime.

The geographic landscapes of mining towns, along with the miners living and working there, thus become abstracted into the form of cookies: a delicious reward, ripe for the taking. Teachers should “[a]llow each student to purchase / one ‘mining property’ (a cookie) / from three separate brands available. / Montana costs $3, / Pennsylvania costs $5, / and Kentucky costs $7. / Students may want to examine the cookies before deciding which one to purchase.” Cookies obscure and displace the violence inflicted on the land and on workers through the processes of acquisition and extraction. An ideological apparatus such as the ACF’s curriculum serves to construct subjects who identify with capitalist objectives, thereby reproducing the working class necessary for the creation of profit. It is a lesson we ignore at our own risk. In 2022 a global pandemic continues to rage, and capitalist elites continue to call on workers to gamble their health or even their lives under a doctrine of business as usual. Perhaps a better class discussion question would be: What sacrifices are we willing to make at the altar of the economy?