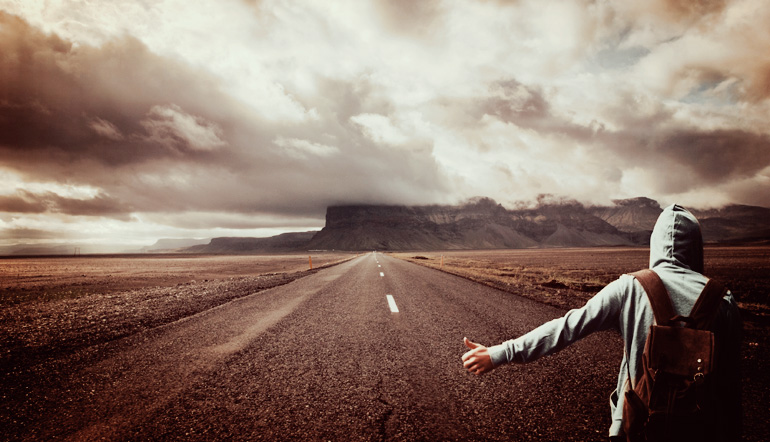 Critiquing media crossings of shared texts can ensue a variety of discussion, many of which seem to focus on what was lost or ignored. Upon hearing of the death of author Denis Johnson, I was compelled to review the links between the film adaptation of his collection of short stories Jesus’ Son as well as those with The Velvet Underground song “Heroin,” which supplies not only the title for the collection but a fair number of thematic elements as well. Perhaps, in connecting the song’s teachings of drug struggles from the ’60s with those of the book and films of the ’90s, both similarities and differences across these platforms can provide intake on why the opioid epidemic either comes in waves, or never truly leaves.

New York in the late ’60s/early ’70s is widely received and written about (even by myself) as a sort of epicenter for artistic revolution, particularly for underground, avant-garde, alternative, new wave, nihilistic (call it what you will) performance and ideologies. Lou Reed, front man of The Velvet Underground, is considered one of the vanguards of this movement, and is in no way subtle about experiences with mind-altering (and in many cases, life-altering) substances, including heroin. Numerous urban locations, again putting neighborhoods in New York at the center, were plagued by an opioid epidemic that is currently resurfacing, widening beyond marginalized and underfunded communities, and in some cases losing support for the kind of fixes that are desperately needed.

The high-pitched drone, tempo alterations, consistent repetition of “I guess that I just don’t know,” and complete lack of any disguise about heroin-induced desires in “Heroin” depict images of an accepted hopelessness only forgotten when high, relieved when dead. This lyrical trope is shared by Fuckhead’s first person narration in Johnson’s collection, where the few things he seems to know for certain are similarly loosely bound with practicality and similarly just as hopeless. The first statement of assurance he makes is on the first page, hitchhiking in the rain, high on pills he received from the salesman who gave him a ride previous, admitting:

I knew every raindrop by its name. I sensed everything before it happened. I knew a certain Oldsmobile would stop for me even before it slowed, and by the sweet voices of the family inside I knew we’d have an accident in the storm.

I didn’t care. They said they’d take me all the way.

The chaotic life of an addict seems to contain little to no consistencies other than chaos itself, and with little to no options for exiting, those subjected to an addiction’s grasp are left not knowing, not knowing, not knowing. Like the underlying drone and tempo changes of “Heroin,” FH continuously struggles to tell his life story in order or at times even decipher between what actually happen(s)ed and what does/didn’t. In “Emergency,” Johnson builds FH and Georgie’s high to a moment of this realization for the former. They first run over a pregnant rabbit, which Georgie guts to save its babies, then park and jump over a guardrail where they find a deserted drive-in, which at first FH confuses as a cemetery since the speaker holders look like rows of crosses, projecting a film in a blizzard. They return to the car and sleep and wake up again:

The truth was I’d forgotten about [the rabbits], and they were dead.

“They slid around behind me and got squashed,” I said tearfully.

“They slid around behind?”

He watched while I pried them out from behind my back.

I picked them out one at a time and held them in my hands and we looked at them. There were eight. They weren’t any bigger than my fingers, everything was there.

Georgie asked, “Does everything you touch turn to shit? Does this happen to you every time?”

“No wonder they call me Fuckhead.”

“‘Fuckhead’ is gonna ride you to your grave.”

“I just said so. I agreed with you in advance,” I said.

The entire scene in the film (directed by Alison Maclean), which begins in the emergency room where FH (Billy Crudup) and Georgie (Jack Black) work, is a transitional moment both in the protagonist’s life as well as the artwork itself in how it laces the expanse of addiction across the entire country. Images such as the first moment Michelle (Samantha Morton) and FH kiss, among others from their relationship, are repeated after it but with new context, a deepened struggle, another OD, an abortion, and especially new locations. Locations are limited to Iowa City and Kansas City toward the beginning, and places such as the party house, the motel, and the dive bar demonstrate more personal, direct links from which FH’s relationships and struggles are centered.

“Emergency” isn’t specified by location, and the stories and scenes following range from Chicago to Seattle. How FH gets around these places, as well as who gets him there, are also left undefined. Maclean utilizes ambiguity of the matters of transportation and location by keeping their visual depictions consistent—Seattle doesn’t look a whole lot different than Iowa City, and neither does anyone’s costumes or, for that matter, their lives (most of the film is shot in New Jersey, for those who are curious).

Just like the way some things can get lost in media crossings, the best are done in manners that utilize each media form’s unique difference from the other(s) to speak with and comment on one another. Those involving Jesus’ Son and “Heroin” demonstrate the depth of the opioid struggle and the serious lack of involvement with solving it. This artistic depiction of the consistency of FH’s surroundings mirror the consistency of the fact that no matter where he goes, his addiction controls far more of his life than he’s capable of even seeing himself. It isn’t until he surrounds himself with a community of healing (that being Beverly Home in Tucson, Arizona) that he finds himself clean enough to expose the permanence of his struggle, that which contains remnants just subtle enough to notice like that feeble drone singing throughout the fade that he is lucky enough to call his sunny denouement.