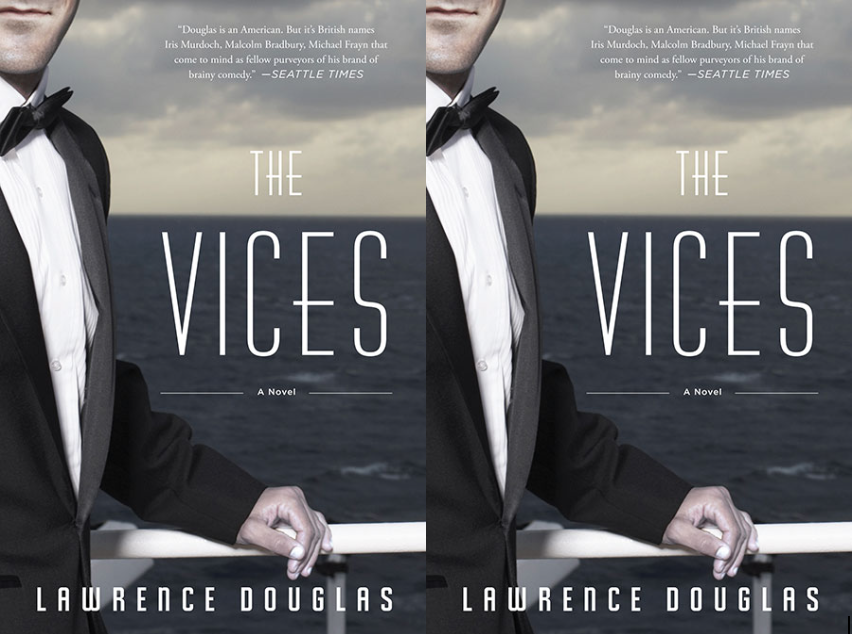 The title family of Lawrence Douglas’ The Vices is a slowly decaying assortment of upper-crust oddballs, whose creatively rendered foibles sometimes resemble an alternate version of The Royal Tenenbaums. Older brother Bartholomew, for instance, has a room full of Churchill biographies and occasionally sports a Hitler moustache. No other member of the Vice clan is without his or her own requisite strangeness, either.Yet Douglas never lets the quirkiness overwhelm his story. Instead, he anchors these flights of fancy with tangible, contemporary details, and calmly pokes holes in the mythology the Vices have built around their family and themselves. What results is a fascinating and entertaining examination of personal fictions, and the seductive, dangerous power they hold.

It helps that the narrator of the book is not himself a Vice, and thus is one step removed from the whimsy. The Vices’ unnamed protagonist operates as a sort of Nick Carroway to the Gatsby of Oliver Vice, the morose philosopher whose (possibly self-induced) plunge from the bridge of the Queen Mary 2 incites the action of the book. Convinced of his best friend’s suicide, the narrator begins an investigation into the Vice family history that is at least partly motivated by his desire to get a good book out of it.

The reliability of the narrator is a constant source of subtle fun, as what seems a perfectly neutral voice at the onset occasionally betrays more questionable motives. The narrator takes great pains, for instance, to point out how often he is mistaken for Oliver Vice, and seems not to notice how he gradually adapts more and more of Oliver’s traits as the novel continues. Douglas perfectly captures the appeal that a family like the Vices could hold for someone who’s never been on the “inside” before, and any protests of distance on the narrator’s behalf only prove further how deeply invested he has become.

But invested in what, exactly? The thin framework of the Vices’ origins (kept in place more through willful ignorance than clever deceit) is broken down as the book progresses, but all the destruction only further exposes the empty space of the narrator’s own existence. In casting about for the truth of a “more interesting” life, he runs an ever-present risk of losing sight of his own.

The frequent references to identity and authenticity—Oliver’s field of work is the philosophy of the self, a family collection of art is revealed to be forgeries, and at one point the characters even have a discussion about unreliable narrators in fiction— can at times feel overbearing, but Douglas makes them work by letting his characters in on the jokes he plays on them. The characters in The Vices are smart, and all realize the irony of the situations they find themselves in. What they don’t always realize is what those situations could teach them, if they’d let the artifice drop long enough to see.

Walt is a Boston- and Chicago-based playwright, originally from Pittsburgh. His plays include THE FARM, PAPER CITY PHOENIX, TRUE PLACES, PRISCILLA DREAMS THE ANSWER, and DANTE DIES!! (AND THEN THINGS GET WEIRD). He’s a founding Ensemble member of Sideshow Theatre Company and currently works on staff at Speakeasy Stage in Boston. More info on his plays can be found alongside nerdy blog posts at www.waltmcgough.com.