Home
»
Reading
»
The Virtue of Stillness 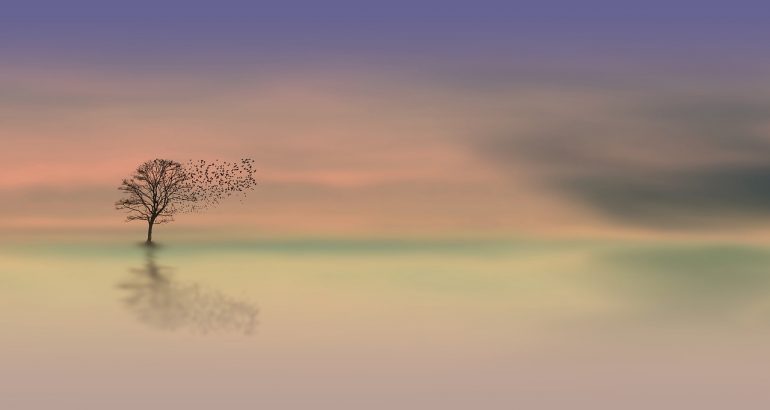 The lesson I look forward to most in the creative writing for new media class I teach at the University of Iowa involves me giving an unconventional lecture as a series of texts (complete with abbreviations, typos, and emoticons) projected on an overhead while I forbid speaking of any kind for about 20 minutes. During this time, students are allowed to take out their cell phones and use them in any way they wish—if they have a question, they’re instructed to type the question in a text and raise their phone in the air so I may come around and answer them with a text. It’s a strange spectacle to behold for sure but I’m always amazed at just how apt they are at following along, never missing a beat. Almost all of them whip their phones out and relish the opportunity to check their e-mails or Facebook while I type away and they glance up every once in a while. The room is full of darting eyes and tiny glowing screens.

Still. There’s always a disconnect. While most of the students follow along, even nodding their heads to let me know they’re still with me, my lecture is limited by the truncated method of delivery, crippled by a lack of nuance. Reciprocity is missing, and the longer it goes on the more the students squirm and fidget. They begin to put away their phones. I like to imagine they miss the sound of my voice. The truth is, it’s too much stimuli to handle I think. One can only contain so much.

As a teacher of new media writing, this is my way of introducing the topic I call, for lack of a better term, “the noise of technology” which entails mindfulness and the cultivation of stillness.

In today’s society, the virtue of stillness—like poetry—is deemed worthless by many, I fear. What’s to be gained from holding still one’s mind for a moment when there’s so much to be explored, so much to get done, and so many cat videos to watch? (I am not innocent—as I type this I may or may not have four or five tabs open on my browser.) What is the virtue of stillness and why should we cultivate it?

Because as readers, we’re subject to powerful forces of technology and social media that are constantly fighting for our attention. Our multimodal processing abilities may be slightly better than they once were but our attention spans have suffered. To reconcile this stimuli-saturation, everything has gotten shorter, including our responses to the world around us and each other. Twitter capitalizes on this human quirk, as does Vine. Rapid-fire texts which boil down content to its bone thrive and memes serve to encapsulate complex sentiments without the messy work of articulation. Even editors know they have a short leash with their readers these days, and every second something is too long it runs the risk of a reader abandoning ship. Thus, content gets more blog-y, more clickbait-y. Thoughtfulness is sacrificed on the altar of brevity.

The virtue of stillness is that it equips us to focus on one thing at a time again, appreciating it fully as opposed to precariously negotiating our attention between it and five other things. It teaches us how to combat the temptation to reach for our phones, to clap shut our laptops and allow reflection to enter in. It is practice for being a person, for enduring the awkward, the difficult, the loneliness in our lives. It is a lesson in slowing down, and being okay with the exquisite slow burn of living.

There’s a favorite scene of mine in an old French film, Band of Outsiders. Three people sit around a café and decide to test how long a minute of silence truly is. At the moment the test begins, all goes mute. I imagine that scene drove people crazy in the theaters. I imagine it would drive people today even more mad.

There’s a reason we fight to fill silence with somethingness: it leaves us alone with our thoughts, vulnerable, susceptible to their every whim.

Perhaps if we let them come, we’ll discover a bliss that can only be found in letting the bad things pass on through instead of keeping them at bay with a trumpeting army of distractions.