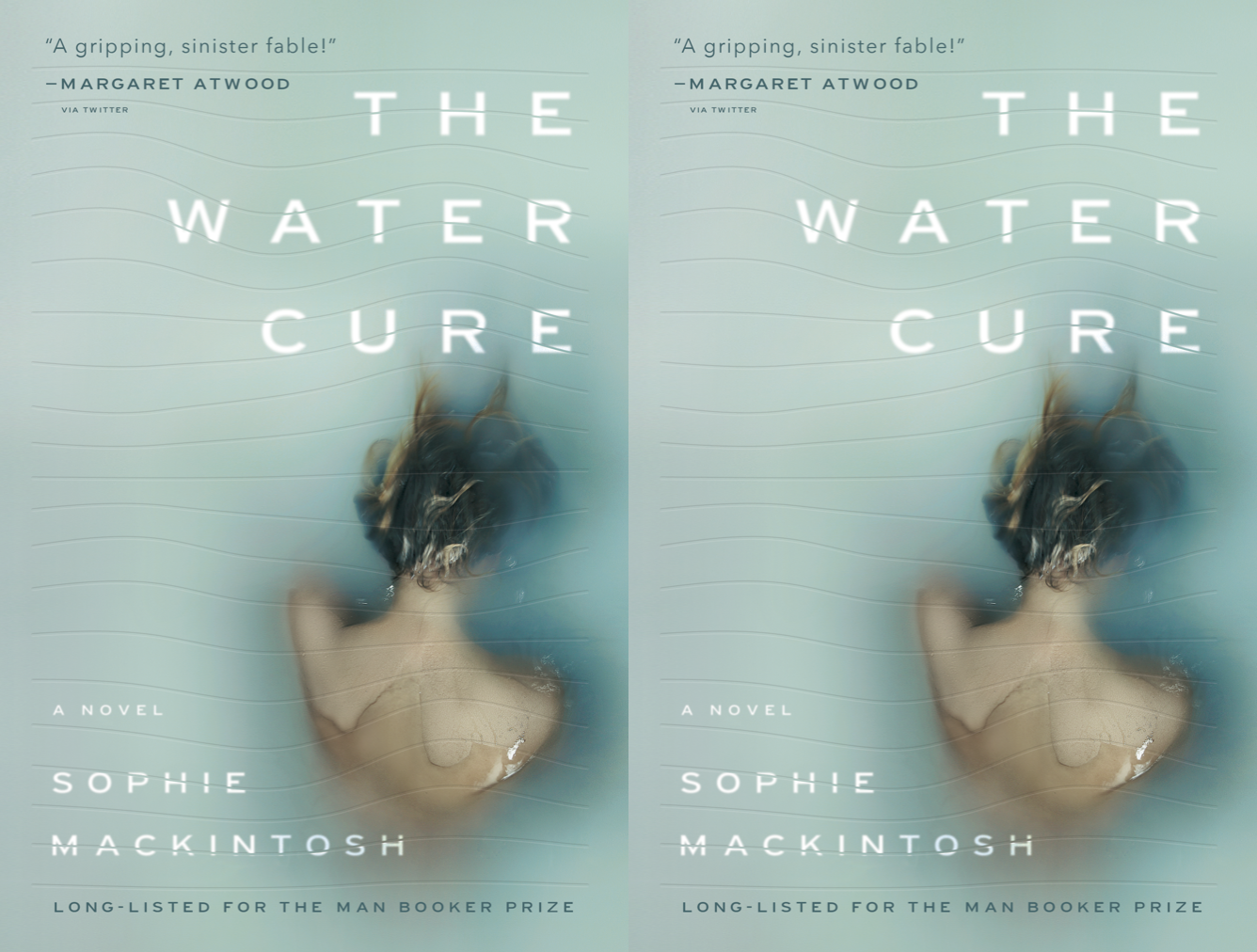 Off the shore of a remote island, three sisters navigate the currents of grief after losing their father—assumed dead after disappearing at sea. The unfolding narrative that follows in Sophie Mackintosh’s debut novel, The Water Cure, is both eerie and stunning, driven mostly by poetic devices in the language and dramatic action. Told in elliptical vignettes, the scenes culminate in a coming-of-age story that delves into the psychology of womanhood. Raised to believe that the “mainland” is filled with men who will harm them, the three sister protagonists—Sky, Lia, and Grace—wade through the possibility and curiosity of this supposed truth.

At the start, King, the father, disappears mysteriously at sea; soon after, two men and a young boy arrive on the shore. The disturbance of their arrival begins to test the boundaries of authority between Mother and her three daughters and the men. This fraught tension unveils the psychology of this wondrous and dark setting made real by King and Mother’s upbringing, where damaged women who have arrived on the shore undergo water cures in order to be cleansed.

A basin is filled with water and salt before a woman is forced into it, face down, until she is rescued by her own breath again. The sisters witness these cures and assume an even darker world lies beyond the outline of their island, where men are all unkind, consciously or not. They are raised to believe that this precise kind of violence is a form of redemption. These cures and rituals repeat, performed not only on the women who arrive to the island but to the sisters as well, testing their limits on how much they are willing to express kindness to one another as much as inflict harm. It’s a fractured way of raising children, a disturbing upbringing that eventually unveils the complex potential of how the protagonists will survive. Mackintosh has created somewhat of a modern myth about family trauma, stirred with the relationships between women and their bodies.

As the characters disappear—King taken by the sea first, then, later, Mother too—the story’s point of view shifts between sisters, though the majority of the novel is told through Lia’s perspective as she falls in love with Llew, one of the men who arrive after King disappears. This form of storytelling is reminiscent of the elegiac structure of Faulkner’s As I Lay Dying, influenced not only by its pattern of multiple voices but the poignant poetry implemented in the language:

I should be thinking about atoning. But all I can think about is how when he kissed me for the second time he put a hand to the back of my head as if conscious of keeping me upright, and he was right, I did think I would fall, the swing of the sky as if I was on the edge of drunk, of something—and how did he know that I felt that, how did he know to hold me upright, my titling body, my eyes open wide?

The language is lucid, efficient, an accumulation of sentences that become an amalgam of beauty and pain. When Mother tries to educate her daughters on how careful they should consider men, the prose cuts straight. “‘I know what it’s like to be a young woman,’ she tells us. ‘I know all about what can destroy you.’” We wait for her to tell us more. “‘It’s natural, what you’re feeling,’ she says, addressing me specifically this time. ‘It’s natural to want to look.’”

A constant throughout the novel is the focus on the assimilation to water, evocations to how it moves and glistens, how it swallows, how it can be imagined as a place of rescue as much as a place of departure—and further, a cleansing. Water encircles the cast so that the mosaic of these vignettes is somewhat held in the net of its structure. From this place, after the three men wash ashore, needing help, food, and accommodation, their arrival slowly turns the lives of these girls, and their mother, astir.

Lia, Sky and Grace offer a representation of how young women deal with grief once a familial structure is undone, in the way of filling empty spaces that begin to present themselves. The characters navigate through their desires and hesitations, longing to satiate their curiosity about what’s beyond the world they understand, beyond the border made visible by the perimeter built by King. Whether it’s truly as dangerous as they’ve been told or if they are capable of surviving it—a world filled with men—is the question at the center of this haunting novel.