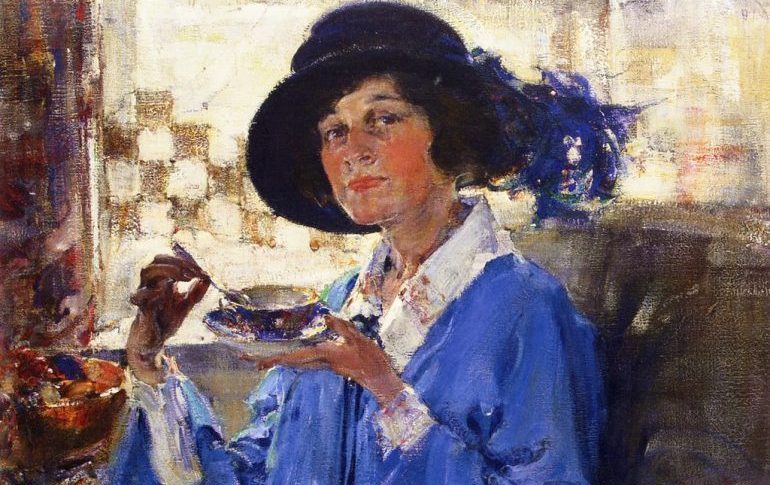 James Salter’s short story collection, Dusk and Other Stories, is not a book that is kind to women. Out of its eleven stories, three are told primarily from a woman’s point of view—and in those stories, the women are betrayed, used by unscrupulous men, or, in the most severe instance, killed in a horseback riding accident. In the other stories in the collection, the women are often presented as ornamentation to tortured, existentially adrift men. They are mistresses, muses, wives, and girlfriends who are introduced and dismissed in brief sentences or moments of dialogue that reveal little about them other than their unreliability or their potential for betrayal or for being betrayed. Occasionally the reader is treated to a sentence about the women’s looks, such as in this line, which ends the story “Via Negativa”: “Her breasts, he said, were like those of the black tribal girls in the National Geographic.”

Even when they are the central characters, the women in Salter’s stories mostly exist on the periphery. Yet to dismiss them as under-written or unimportant to the collection is to miss out on an opportunity to delve into the book from a different angle. Throughout the collection, Salter uses radical jumps in time and perspective to briefly introduce or reintroduce women characters; these rapid changes often require the reader to recalibrate their reading experience multiple times in one story in order to figure out who is speaking, and when. In reading the story “American Express” with a focus on how two women are introduced and elided out of the narrative, we can recalibrate our understanding of how women function throughout the entire collection.

“American Express” tells the story of two men, Alan and Frank, from young adulthood through middle age—in the story, they begin their legal careers, marry, divorce, and fall into and out of relationships. The constants in their lives are the law and one another. Like in many of the other stories in this collection, Salter here uses the omniscient third person perspective, and in doing so is able to quickly alternate between Alan’s and Frank’s point-of-view throughout the story. Though they each lead their own lives—Alan marries, has a child, and divorces while Frank remains single and frustratingly elusive to the women in his life—the use of the omniscient perspective mingles the voices of the men to the point where it becomes hard to differentiate one from the other, particularly during moments when the men are reminiscing about the women in their lives, such as Brenda, a character introduced early in the story and reintroduced again later.

Brenda reveals the unstable center at the heart of Frank and Alan’s relationship. Initially it is unclear whether she is in a relationship with Frank or Alan. As Salter writes, “[T]hey never knew the girl at the reception desk with her nearsightednesss and wild, full hair. They knew various others, they knew Julie, they knew Catherine, they knew Ames. The best, for nearly two years, was Brenda, who had somehow managed to graduate from Marymount and had a walk-through apartment on West Fourth.” Though it is ultimately revealed that Brenda is with Frank, because of the way she is introduced, the nature of her relationship with both Frank and Alan remains opaque.

Brenda is willing to be rebellious and unconventional (to a point), and it is this unpredictability and unknowability that draws the men to her. Even after Brenda marries another man and chooses to live what Frank might consider a conventional and predictable life, the three of them continue to be drawn together. Salter explains their unusual bond in language that is sensual and suffocating, describing their relationship as an “infinite forest, the trunks and vines blocking out the light, the roots of distant things joined.” Perhaps Alan and Frank consider Brenda the best of all the girls they knew in their youth because of the depths of possibility her unpredictability contained.

Brenda reappears later in the story when she, Frank, and Alan take a trip through Italy. Again, Brenda is introduced as somehow belonging to both men: “‘Come on, Bren, wake up,’ they said, ‘we’re stopping for coffee.’” Brenda, however, is quickly dismissed from the narrative when she suggests that Frank meet her children as a preamble to them becoming romantically involved again. When Brenda makes this suggestion, she is writing Alan out of the narrative the three of them established in their youth and return to again in Italy. Whether Frank believes her desire for domesticity is too conventional or whether he is upset at the idea of excluding Alan, the end result is the same—Brenda makes herself less desirable to Frank and exits their lives.

Frank’s longing to live the unconventional life that Brenda ultimately rejects is made clear when he picks up a teenage schoolgirl named Eda in Verona, eventually taking her to Florence. Alan is hesitant with this turn of events and then, after spending a few days with Frank and the girl, decides to leave Italy saying, “Europe depresses me.” Salter writes of this moment:

Frank was looking at him. ‘Is it Eda?’

‘No. I don’t know.’ It seemed terribly quiet. Alan put his hands in his lap. They were trembling.

‘Is that all it is? We can share her,’ Frank said.

Frank’s generosity toward Alan, and his desire for Alan to be happy, lies in stark contrast to his disturbingly casual willingness to broker this transaction between Alan and Eda. Alan recognizes that Eda is unhappy, but neither man is willing to sacrifice their own happiness for hers. At one point, Frank buys Eda a Fendi fur coat and she wears it constantly; Alan thinks that maybe he can make Eda happier in the arrangement by also buying her something beautiful. Eda’s unhappiness is an inconvenience to the men that they hope money can erase. Alan believes this arrangement is, “the most natural thing in the world.” Eda is an object, a possession without agency that they are attempting to buy or control with money.

Earlier in the story, before the trip to Italy, Frank and Alan have a conversation about marriage:

‘I don’t trust anyone enough to marry them,’ Frank said.

‘What do you want then?’

‘This is all right,’ Frank said.

Something was missing in him and women had always done anything to find out what it was.

They always would. Perhaps it was simpler, Alan thought. Perhaps nothing was missing.

Alan accepts that Frank wants to live outside the bounds of conventionality and Frank pushes Alan to experiment and be more daring in his life. Alan and Frank’s treatment of Brenda and Eda, as disturbing and cruel as it is, reveals that the true love story at the heart of “American Express,” is that of Alan and Frank. Their friendship is one of unconditional acceptance, of engaging in transgressive acts in order to make the other happy. But without Brenda or Eda serving as intermediaries, Alan and Frank could never know how far outside the bounds of conventionality they would stray.

At the end of “American Express,” something brief yet remarkable occurs. Eda observes: “They sat [at breakfast] talking quietly. That was often the case, Eda had noticed. They talked about business or things in New York.” Up until this point, the men, and the reader, have been led to believe Eda did not understand nor speak English particularly well. In this moment, however—the only one in the story when the third-person omniscient perspective diverges from Alan or Frank—we learn that this is not true. The perspective Eda brings to the narrative allows us to truly observe Alan and Frank from the outside and see how intimately they are connected, how gentle they seem with each other. Alan and Frank might consider Eda knowable, conventional or pliable, but it is her gaze that allows the reader to gain insights into Alan and Frank and it is her observations that alter how the narrative and the central relationship can be read. In allowing our understanding of the story to be shaped by Eda’s observation, we are also allowing Eda to move ever so slightly to the center of the action.

The stories in Dusk are deceptively difficulty to get a handle on; more often than not, they are brief and move quickly, giving the reader glimpses into a character’s life that in the end adds up to a deep and nuanced portrait. Salter’s women, however, remain ciphers throughout the collection, defined by their looks or their perceived demands on the men in their lives. But the women occupy powerful positions throughout the collection despite these spare characterizations because they allow the reader a chance to view the primary narrative from the outside. The woman’s perspective, such as Brenda’s and Eda’s of Alan and Frank’s relationship, is more subtle than the time jumps or rapid shifts in voice and can easily be overlooked—but doing so would be a mistake. In a collection resolutely devoted to revealing the darker elements of human nature, it is the women in Dusk who observe the darkness without being consumed by it—who, like Brenda and Eda, are able to see the men in these stories for who they are while remaining wholly and completely themselves.

Tags:Dusk and Other Stories, james salter