Home
»
Reading
»
The Work of Fiction and the Fiction of Work 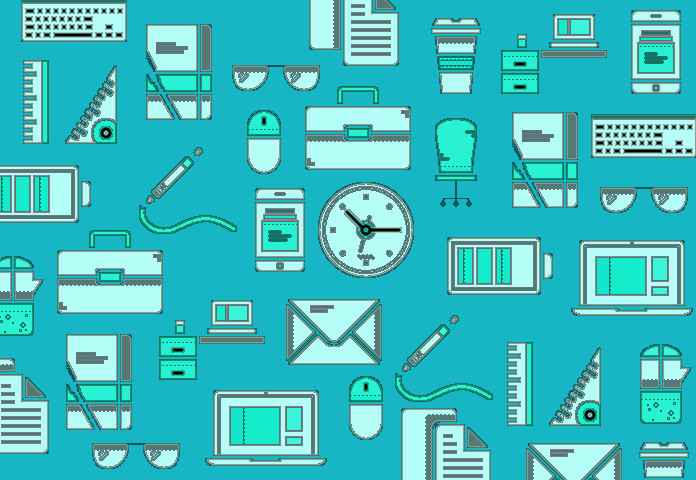 A life is divided into three parts: the time before you’re able to work, the time after you’re able to work, and the monstrous bulk of time between. After obedience to the law and some basic moral code, work is one of the great demands placed upon the able. It’s inherently traumatic, a sacrifice of one’s own desires to a larger set of aggregate social desires. Fiction gives us a way to cope with this arrangement, or at the very least a way to understand it.

In Sloane Crosley’s debut novel, The Clasp, three formerly close friends in their late twenties try to negotiate their first disillusionment with the world of work. Their jobs in tech, fashion, and television are a representative holy trinity of cool jobs. But even in these dream jobs young people deal with the same nonsense as anywhere else: long hours, pointless meetings, aggravating coworkers, and bosses with more money than sense. Most work is not fulfilling, and by the time we finally realize it all the friends we’d like to turn to for support have been scattered across the globe in pursuit of fulfilling work. This is something we can only discover after college when we’re saddled with enough debt to last us a decade or two. Crosley sends her main characters on a vacation together to give them a little perspective on their dwindling friendship and their respective vocational ruts. You’ll have to decide for yourself whether they make any significant progress on either front, but the question lingers even after the novel ends: once lost, is there any amount of perspective that can restore our love for work?

Crosley correctly sees that an early dissatisfaction with working life (the quarter-life crisis) stems from unrealistic expectations built up during school. It’s not uncommon to look back from the vantage of early adulthood and wonder what high school and college were for. Why didn’t they teach me anything useful? The Harry Potter novels continue to attract a wide readership, and no small part of their success among adults is as a sort of educational wish-fulfillment fantasy. Hogwarts School of Witchcraft and Wizardry is one of those impossible schools where you learn practical skills that are intellectually fulfilling and that will almost certainly lead to gainful employment. On their first day at school students are told where they belong by a magical hat; as graduation approaches a series of exams determines what work they should do for the rest of their lives. The message is clear: you have a place. There’s no angst about who you really are or where you really belong (our leading man, Harry, being the exception that proves the rule). There’s a lot of magic in the Harry Potter universe, but for us adults the most magical idea of all is that a school could successfully lead each student toward fulfilling work. (Oh, and tuition is free, so no student loan debt. Magic.)

But perhaps “love” and “fulfillment” aren’t words that should enter into the discussion of work at all. The plot of Jonathan Franzen’s newest novel, Purity, is almost entirely driven by the explosive combination of 1) not knowing one’s place in the world and 2) crushing student debt. Pip Tyler has $130,000 of student debt and a painfully boring job at Renewable Solutions, a California-based energy company where her boss is a sexually aggressive jerk and her coworkers don’t like her. But worst of all, she only gets paid $21,000 a year: at that rate she’ll be in debt for decades. The novel is essentially Pip’s quest for the money to free herself from debt. Questions that would provide the engine for other novels—Who is Pip’s father? Will Pip find love?—are secondary to the question of how she can get more money. It’s refreshingly realistic (though its realism is a complicated topic). Work can be an end in itself, but for most people it’s just a means of getting the money we need to afford food and shelter, and if we’re lucky some adventure and romance and a family. In order to get something we value, we have to give the working world something it values. How we can gracefully negotiate that exchange is the question of any coming-of-age novel like Purity.

The habit of reading fiction is training for friendship and responsible citizenship. A healthy society requires its members to utilize the novel’s three gifts: empathy, imagination, and knowledge. Reading fiction puts us in the habit of wanting to know more about people, treating people as people rather than just as statistics with reductive labels slapped on them. In a world where workers are treated like machines and corporations are treated like humans, we need a novelist’s sense of story in order to hold onto our own identity and to respect the common humanity of our fellow workers, all of us struggling for the necessities of life and a dream or two besides.