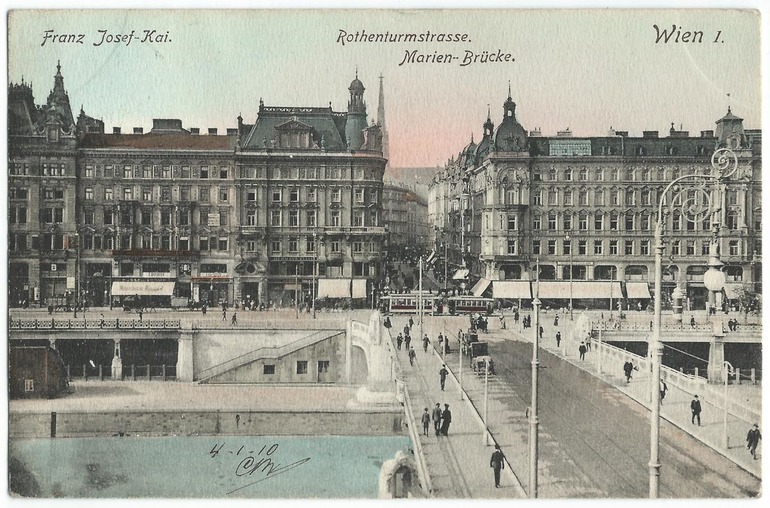 In his time, Stefan Zweig was one of the most prolific and popular writers in not only his home country of Austria, but also much of Europe, with his novels, plays, poems, and biographies ultimately translated into thirty-six languages; he was envied by many of his contemporaries. By 1933, however, at the apex of Adolf Hitler’s rise, Zweig’s books were so popular as to be banned and burned, and this persecution led to Zweig’s decision to quickly leave Austria for, first, England, and then, later, to the United States and Brazil. During his exile, he wrote The World of Yesterday, an autobiography on the horrors of the great world wars, the power of nations led by hate, and the shock of exile after a childhood and young adulthood spent in security.

The autobiography is a memoir in three parts, put together when Zweig no longer had access to the massive library he’d spent a lifetime acquiring, nor to his reams of notes or the scores of letters he’d sent to friends across Europe. The three parts focus on what he calls “The World of Security” at the turn of the century, the interwar years, and, finally, the creep of Hitler’s rise to power as well as his domination. But the work shouldn’t be considered merely a sonorous chronicle of a charming world lost—The World of Yesterday serves as a poignant warning that’s particularly appropriate as the world grapples with the rise of ethno-nationalism.

Zweig was born into a wealthy Jewish family in 1881, allowing him the financial security to write and to travel extensively across Europe. He imagined a world in which borders were meaningless and called for a program to connect university students across Europe, decades ahead of the current Erasmus Exchange Program that would not be founded until 1987, and believed, like others who grew up at this time and later experienced the horrors of the world wars, in that “noble delusion” of security. It’s clear that the safety found in his childhood allowed him to look to the future with hope, despite the violence that had found its way into Europe:

in spite of all that is daily blast into my ears…I cannot completely deny the faith of my youth, that some day things will rise again—in spite of all. Even in the abyss of despair in which today, half-blinded, we grope about with distorted and broken souls, I look up again and again to those old star-patterns that shone over my childhood, and comfort myself with the inherited confidence that this collapse will appear, in days to come, as a mere interval in the eternal rhythm of the onward and onward.

But, tellingly, Zweig, in discussing Hitler’s rise, makes clear that in hindsight Europe could have prevent what was to come. He notes that most intellectuals dismissed his danger, focusing on “ridicul[ing]… the bombast of his stilted prose instead of occupying themselves with his program.” The papers of his time were no better: they comforted their readers, saying that Hitler’s movement would eventually collapse and had no way of financially sustaining itself. During the lead up to World War II, as well, the papers and people paid little attention, the number of agitators and warmongers so large “in the confused Germany of that day…[that they] rose only to disappear.”

As chaos took over and Zweig fled for safer nations, a new sadness sunk in: that of the refugee. Where Zweig once loved traveling to new countries, once his Austrian passport became void he realized that this document was, beyond its administrative use, a symbol of his rights as an Austrian citizen. Without it, he had become someone “one could…at a pinch pack off and deport to their own State…if they became undesirable.”

Zweig and Charlotte Elisabeth Altmann, his second wife, died by suicide not long after Zweig submitted the manuscript for The World of Yesterday to his publisher. His last letter cites the pain of exile:

Every day I learned to love this country more, and I would not have asked to rebuild my life in any other place after the world of my own language sank and was lost to me and my spiritual homeland, Europe, destroyed itself.

But to start everything anew after a man’s 60th year requires special powers, and my own power has been expended after years of wandering homeless.

In exile, much of everything Zweig had worked for over three decades was gone—to say nothing of the loss of most of his close friends. This may be the reason, then, that his last work was autobiographical: as the French writer, Romain Rolland, told him prior to World War I, “‘Art can bring us consolation as individuals…but it is powerless against reality.’”