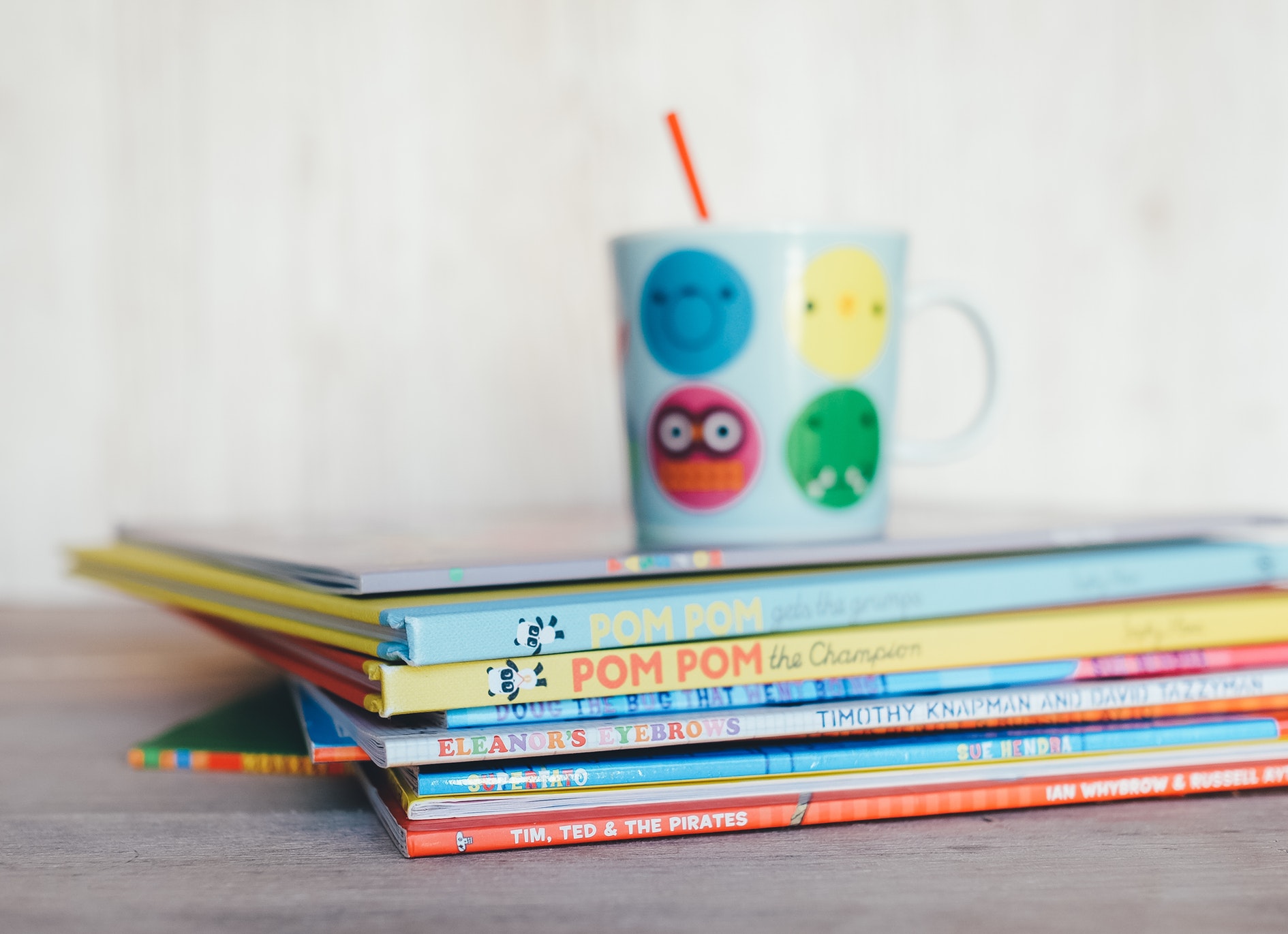 In one of my favorite films, Chariots of Fire, Harold Abrahams explains his motivation for running:

I will raise my eyes and look down that corridor; four feet wide, with ten lonely seconds to justify my whole existence.

The film goes on, of course, to contrast his statement with Eric Liddell’s:

I believe God made me for a purpose, but he also made me fast. And when I run I feel His pleasure.

It’s a familiar set-up: one man in the game to prove something (to others, to himself), the other man in it simply because it brings him (and others) pleasure. I would argue that a healthy balance of the two—proof/pleasure, or what I might call ego/sacred self—can bring an enormous amount of success. Ego is part of what gets me out of bed in the morning. It’s part of why I exercise. Running brings me joy, but it also keeps me looking fit.

Ego is a big part of the reason I sit down to write every day.

For me, the trouble begins when the motivation balance dips toward ego. When I forget that writing is, first of all, an intrinsic pleasure, and am driven by the desire to prove to myself and others—friends, fellow writers, critics—that I’m…what? Talented, gifted? Valuable in some way?

Four years ago, after two years in an MFA program, my ego/sacred self balance was tweaked. Don’t get me wrong—I’m not blaming the graduate program. I’m a huge proponent of the MFA. But despite what I’d like to believe about myself, I’m a de facto egoist. A three on the Enneagram. Teachers, mentors, and peers said nice things about my work. I began to enjoy the ego-boost from the positive feedback and to feel envious of the praise other writers received in workshop. With every set of talented colleagues there was an increasingly demanding part of my psyche that said, Prove yourself. (Check out Sven Birkerts’ recent essay, Envy, or, The Last Infirmity—perhaps the best essay on artistic envy I’ve ever read.)

Here’s where my youngest daughter, Hallie-Blair (HB for short) comes in. She’s been writing stories almost since she could hold a pencil. She’s now in seventh grade and has written at least twice as many stories as I have. She once set up her own writing “studio” in my office: an inverted cardboard box for a desk, pillow for chair. One day, struggling to find a modicum of pleasure in the story I was drafting, I watched her sitting there, rapt, the sentences flowing onto the page.

I’ll never fully escape ego-motivation—I’m human—but if I stop feeling pleasure, if there’s no joy in the work, I have no business doing it. And the work will likely suffer anyhow.

HB’s stories often start with a drawing: a young girl, an animal, an inanimate object with a face. My favorite character is the baby pencil-top eraser in her “Eraser Family” series. When the character is sketched and named, she’ll draw a line of clothing for her, paper-doll style. She’ll go on to diagram her habitat, usually aerial views of bedroom layouts. Sometimes she’ll make a list of the character’s favorite things, or she’ll ask me a question: Where would a girl who skis and rides horses live?

She could set all of her stories here, in Chattanooga. It’s the place she knows. She instinctively chooses to know her characters first, and then put them into settings that fit.

F. Scott Fitzgerald famously said: Begin with an individual, and before you know it you find that you have created a type; begin with a type, and you find that you have created—nothing. It didn’t seem like very important advice to me until recently, when I started a novel. I’m only beginning to understand how crucial it is to know—and in some capacity really love—my characters. This isn’t to say I don’t know or love my story characters. I do. But there’s a longitudinal knowledge and commitment that differs, for me, from what the story form requires. I’ve actually found myself making charts—names, careers, birth dates, ancestors. I don’t do that kind of “figuring out” when I draft stories. As the saying goes: the poem is a one-night stand, the story an affair, the novel a marriage.

3. Steal from other books.

When our daughter McKenna (the oldest of four) was beginning to read, I bought a set of leveled primers: Step 1, single word and image; Step 2, short sentences, a few sight words; Step 3, longer sentences using sight words. By the time Hudson, our fourth child, was starting to sound out words, we’d lost the books in a move. HB made a new set for him. The concept was identical. She wrote “a 1, 2, 3 Step Book” at the top of each primer. She used a heavy card stock cut to size and stapled the pages herself. She included an “about the author” page and a list of comprehension questions in the back.

But she gave the series a twist: all the books were about Martha the Goldfish, an ingenious fish with a penchant for invention: “She lived alone in a little house, and had made her own machine that would feed her every morning, afternoon, and night.” On the back cover: “A little goldfish with big dreams…what will she do next? Collect all the Martha/Goldfish books! Look in the HBQ sections.” HB did instinctively what many of us do: borrow something someone else wrote and fuse it with her singular voice and vision.

I recently had to turn in the copyedited manuscript of my forthcoming collection. I wanted to include a page of citations—the places I felt I’d “borrowed” from other writers, stories that had inspired my work, single words I’d read and transposed. The task proved impossible. I realized that nearly everything was inspired by something else. Our work is a pastiche, an interwoven textual fabric; there’s nothing wholly new, only new ways of telling the old.

I’ve written in doctors’ offices and PTO meetings, pretending to be taking detailed notes. I’ve stayed too long in restaurants and left social gatherings to hide in the bathroom and take down an overheard conversation. I sometimes keep a small journal and pencil under my yoga mat, or beside the wall if I’m lucky enough to get a spot in the back. (Yoga teachers say some pretty great stuff.) It’s not always polite, and I tend to feel guilty about this.

We attend a historic, highly liturgical church. Robes, choir, enormous pipe organ. Lots of stained glass. Other parents teach their children to hold the hymnals properly and to follow the printed order-of-worship. HB writes stories. I bought her a specific journal for this purpose. I look down, the light from the stained glass coloring her pages, and I think: this is as close to an authentic worship experience as she’ll likely ever have. If we believe—as orthodox theology holds—that God is, in essence, Creator, then isn’t the act of writing a participation in that essence?

If going to church has a point, surely this is it.

I’m not sure what the other parents sitting around us think. I don’t care. I hope that someday HB will look back and correlate God with freedom and joy and inspiration, not rules.

Last Thursday my son’s class went on a field trip to Renaissance Park on the Tennessee River. Another fifth-grade class was there. Our group—53 children total—was, with one exception, white. The other class was African American across the board. The public and private schools in Hamilton County are still grievously, undeniably segregated. When my kids ask why—impossible not to notice—I can offer no explanation, only confirm what they already know: It’s not right.

HB writes story after story about racial inequality. My favorite is a piece called “The Girl Who Wanted a Horse.” The main character, a black girl named “Elisabith,” wants a horse more than anything. But the mayor says black people can’t have horses. Elisabith’s mother says “we can’t afford the money.” Then: “One day a famous speecher, named Martin L. King, gave a speech. From now on, he said, black and white people will have horses together. Elisabith was happy! She could finally get a horse!”

HB goes on to solve the money problem with a contest Elisabith wins. The point: HB notices inequity, and doesn’t avert her eyes. She uses her work to try, in the best way she knows how, to seek social healing.

HB doesn’t look away from her personal fears, either. Her earliest stories have titles like “My First Trip to the Docter” and “The Day I Got Lost.” My favorite is “The Bad Couch,” about a sofa that swallows up children who read too much. Her primal creative urge is to play out her worst fears on the page.

What do I fear? Losing a child. Accidentally killing someone. Worse: turning evil. To this day I’m haunted by that dream-scene in The Empire Strikes Back, where Luke enters the cave on Dagobah, cuts off Dark Vader’s head, and sees his own face beneath the mask.

I have yet to write about any of it.