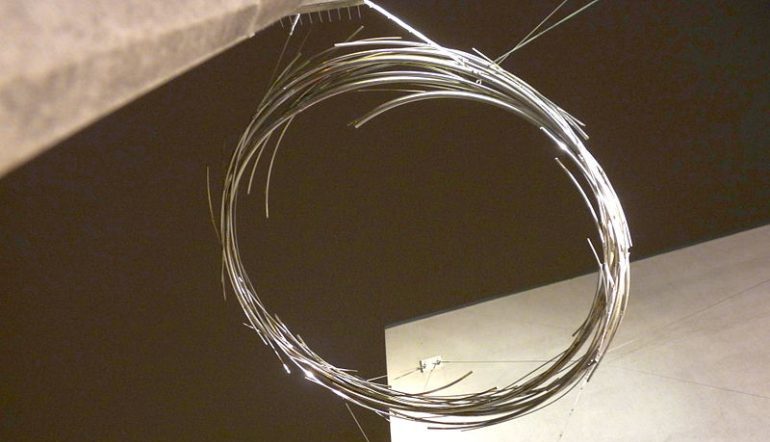 2) James Frey’s “Fiction Factory”, and his alleged tactic of asking his employed writers to follow a Greek three-act narrative structure in their commercial work, with a focus on the protagonist’s redemption

The sports arena is a tremendous stage for redemption narratives to play out. There are set-ups novelists dream of: losses to avenge, previous drug-enhanced performances to surpass once clean, disadvantages to overcome with hard work, rivals to humble. The field is a place to triumph over personal demons.
Watching Philadelphia school the Washington Redskins on November 15th, I was drawn to an athlete I loathe–Michael Vick. He’s an exciting player. He’s athletic, runs the ball, and, humbled into bankruptcy and prison time after a felony animal cruelty charge, comes with a fascinating back story.

The announcers were breathless over his landmark performance, a third string quarterback breaking records, better than his enviable form of old. You could feel their pulse quicken: A story to drive ratings. His newfound maturity! The adversity he has overcome! “Somebody get me his autograph,” one exclaimed. The sharper Vick’s passes, the better he played–the more I found myself, despite my utter disgust at his past acts, watching him with interest.

The next day, the media made clear the direction the Vick narrative would take. See the New York Times article, “As Vick Soars, Stigma of Conviction Fades,” or USA Today‘s “In Comeback Michael Vick Has Become a TV Draw.” There was league MVP chatter. The Pro Football Hall of Fame requested his jersey from the game. Days later, Rick Reilly proclaimed in an article that “The Time to Forgive Vick is Here.” “The man is contrite. He is humbled. He is chastened,” Reilly writes. “How long must he carry this cross?”

Vick’s life charts a perfect redemption narrative. First, he overcame poverty and a childhood in the projects to become an impressive college quarterback and was selected first in the 2001 NFL draft. But after a spectacular rise (not without hints of trouble to come) came a spectacular fall.

Vick, as you may remember, funded Bad Newz Kennelz (the nefarious version of Kristy’s Kreative Kuts or Kwik Klean–oh intentional misspellings, you slay me!), and admitted to “the strangling, the drowning, the electrocutions,” of the dogs in his ring, as well as “the removal of all the teeth of female dogs who would fight back during mating.” Thus came prison time and the loss of lucrative contracts in the prime of his athletic life.

Now comes the phoenix rising from the ashes part. Vick convinced one team to take a chance on him after prison. People were suspicious of his work ethic, his past, and his aged athletic ability. Then Vick, given a chance to play because the other quarterbacks are injured, delivers MVP-level play.

Watching Vick play, and hearing the subsequent commentary, I caught myself on the verge of being easily manipulated by narrative. I was shocked at my ability to cast onto a story and drift. I began to feel a tug, the urge to invest myself emotionally. I had to apply the brakes, fine tune my intrigue.

I see why the media is salivating over Vick, but I believe if we buy into such an easy redemption narrative, we’re complicit in the celebration of a man who committed systemic animal abuse. It’s as if the American public can’t tell the difference between a situation that asks us to compromise our values and a damn good story. (There have been, however, plenty of people resisting the Vick train. See Bill Plaschke’s Los Angeles Times Op Ed, “Dog Owner Can’t Forgive Michael Vick,” and E-Street Band member Nils Lofgren’s ESPN piece, “Vick Incites Outrage Amid Cheers.”)

There’s a certain responsibility for how we respond to real-life narrative, where we let it carry us. From a literary standpoint, I’m utterly fascinated by the power of redemption narratives that surround us–the way devices we think of as exclusive to novels and drama are employed by the media to sell us things. And people. The way we might inherently look for these narratives, as they make past transgressions easier to digest (Bill Clinton, Elliot Spitzer, LeBron James, Robert Downey, Jr., Whitney Houston, etc.).

We’re drawn to redemption, I think, because we want to believe we can mess up and make good again, and most of us already have, to some degree. Furthermore, when we consume narrative, we want to identify or empathize with characters and their decisions, be reminded about what makes us human.

Falling into a redemption narrative as a reader is pleasurable. It works on most of us, and that’s why authors have been drafting them for centuries. Aristotle connected catharsis and redemption in his instructional guide to dramatic theory, Poetics. Think of St. Augustine’s Confessions, Hugo’s Jean Valjean making good in Les Miserables. Or the slew of memoirs that, as William Gass worded it, “halo a sinner’s head.” The Philadelphia Eagles marketing machine and James Frey, it seems, are not the first to recognize the power of redemption narratives.

On November 12, New York Magazine released the article “James Frey’s Fiction Factory.” In a nutshell, author Suzanne Mozes outlines Frey’s desire to craft young adult commercial fiction by using a team of new fiction writers. When she pitches an idea to him, she’s handed “a two-page outline, something that Frey said he uses in all his projects, to help my book with pacing. It was a classical Greek three-act structure, with suggested page numbers and advice on tracking the emotional narrative of the book, similar to a redemptive Hollywood movie.”

What Frey seems to believe is that redemption narratives are palatable–and bankable. To be clear, I’m not arguing for or against Frey’s latest venture, and have nothing bad to say about the author, but I’m fascinated by his alleged insistence upon the redemption narrative–one he’s used in his own work, chronicling addiction and recovery.
There is a cinematic appeal in redemption narratives; see any romantic comedy for an example. Bad guy cleans up and gets the girl. Ex-con makes good and helps solve a crime. Drug dealer gets sober and becomes an activist.

Truth be told, a lot of us are looking for a way to root for characters, real and imagined.

In the fictive realm, this is not a problem–the reading (or watching) public’s interest in redemption is a writer’s advantage. The act of redemption is often beautiful and tragic, and when rendered well, incredibly moving. But must we fall so easily into “real life” redemption narratives? I think there is more at stake with the way we receive authentic personal narratives–it speaks to our personal judgment.

I know judgment is an ugly word, but it’s something we do. When we read, watch, or consume any storyline at all, we make decisions on likability and trust.
In Vick’s case, I think there’s a difference between admiring an athletic performance and celebrating the person, proclaiming “redemption” because it’s the easy, gratifying, and lucrative thing to do. While there’s no objective way to quantify how much suffering or payment qualifies one for redemption, or if one is eligible for redemption at all–we as the audience can choose to buy in.

I’m not knocking redemptive efforts, real or contrived. Overcoming substance abuse is an amazing feat. Turning over a proverbial new leaf as a more involved parent or spouse is admirable. But how do you “overcome” years of systematic cruelty to animals? Can the power of narrative–underscored by announcers, fellow athletes, coaches, the media, marketing managers, expertly shot commercials–really convince us this is possible on an expedited timeline?

“On-field performance is always going to trump off-field situations,” Philadelphia-based marketing guru John Lord told the Times. “To tell the truth, I’m changing my attitude [toward Vick] a little…I’m more willing to forgive and forget because that seems to be where the momentum is going.”

He thinks the American public will buy into Vick’s redemption narrative.

And you know what? Some already have, and more will.

What I’ve realized is that the storyteller in me loves the redemption narrative, is awed by its power, and, like Frey, actually believes in its efficacy. The human in me, however, craves accountability. Pacing comes to mind–I’m suspicious of overnight heroes. For me, outside a work of fiction, a “hero” has to earn his or her redemption–and possess the stuff of a hero in the first place.

This is Megan’s twelfth post for Get Behind the Plough.