Home
»
Uncategorized
»
The Trouble with Happiness 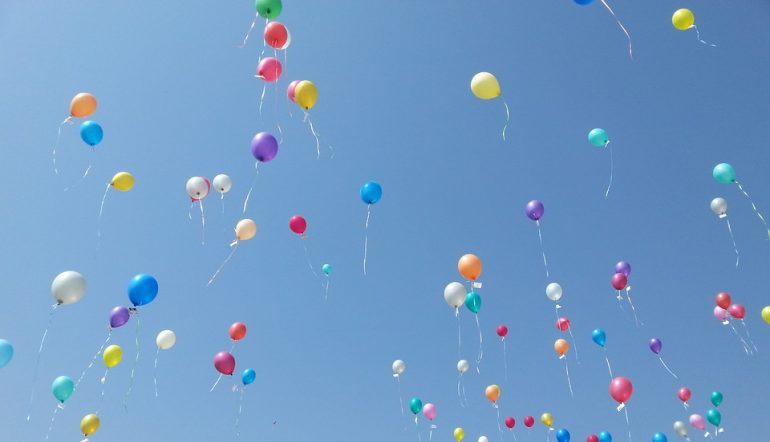 In 1873, Tolstoy famously opened Anna Karenina with a homily that has hounded fiction writers ever since: “All happy families are alike; each unhappy family is unhappy in its own way.”

Even though Anna Karenina ultimately complicates the notion of happiness and, furthermore, questions the very notion of a happy/unhappy dichotomy, this statement has nonetheless been taken at face value by generations of young writers. In narrative terms, they are told, there is nothing particularly interesting or useful about happiness. Unhappiness, on the other hand, is where any story lies.

But writers who believe this, I contend, do so at their own risk.

To be sure, it’s not without reason that so many of us turning our backs on happiness when we want to build a narrative. After all, many of us cut our teeth on narratives that work that way. Most folk and fairy tales begin with the arrival of unhappiness (Hansel and Gretel are abandoned in the woods) or else in medias res, with unhappiness already in full swing (when we meet Cinderella, her cruel treatment at the hands of her stepmother and stepsisters is already underway). Happiness, meanwhile, is an end state–static, utterly still. And they lived happily ever after is the death knell of narrative, the last thing you hear before the storybook shuts.

And perhaps it’s the apparent stasis of happiness that makes us so suspicious of it. If static or unchanging, happiness gains an airless, artificial, Stepford quality. At best, it’s boring. At worst, it’s insidious: in the era of mass production, we as readers and writers are both weary and justifiably wary of anything that can be produced “all alike”–including the characters, the families, in our narratives.

And yet trouble is precisely the reason that happiness has its place in narrative, too.

“This I know: our lives in these towns are slowly improving.”

So begins Michael Byers’s wonderful story “Settled on the Cranberry Coast.” This is not only the narrator’s summary of a half-century of life in a small Pacific Northwest town, it’s also a suitable description of the story’s emotional arc: between the first page and the last, the narrator’s life, as well as the lives of those characters closest to him, slowly improves. “Settled on the Cranberry Coast” is, in a general sense, the story of people growing happier.

The reason that “Settled on the Cranberry Coast” satisfies as a narrative is that Byers does not allow the story’s happiness to exist untroubled. In fact, the story is keenly aware of the essential fragility of happiness.

We live, as it turns out, in an entropic universe, trending inevitably toward dissolution and decay. I mean this both scientifically and metaphorically: for marriages and molecules alike, disarray is the rule and harmonious bonds are forged only by harnessing tremendous potential energy. Thus, happiness–at least insofar as we are using the word as it appears in fairy-tale endings, where it denotes contentedness with the state of things–must necessarily be an endangered commodity, since “the state of things” is in constant jeopardy from the quantum level on up.

Fairy tales, in other words, have it all wrong. Happiness is not a state of rest, but rather a momentary equipoise that can only be maintained with difficulty. Happiness is always in trouble. It is not static, but dynamic. It takes work.

Accordingly, “Settled on the Cranberry Coast” is very much a story about work. Literally: the narrator, a retired schoolteacher turned carpenter, ends up helping an old acquaintance renovate her house. Meanwhile, the narrator and Rosie, his acquaintance, begin building a relationship of their own, while the narrator’s relationship with Rosie’s young granddaughter is a more rickety structure still. Construction proceeds on the house and the relationships alike–all of them as-yet-incomplete bulwarks against the elements. If these characters’ “lives . . . are slowly improving,” they are not doing so without effort, nor free of threat. Their growing happiness is haunted throughout the story by the memory and the prospect of unhappiness.

At the story’s end, the narrator holds Rosie’s sleeping granddaughter in his arms while workers load heavy radiators for the unfinished house into the back of his pickup truck. The image captures both the fragility of his burgeoning happiness and the tremendous energy, the work, that must be invested in it. It takes a delicate effort, like balancing, atop one hand, a heavy serving platter loaded with china.

What lessons can writers draw from this? The first and foremost is to remember that Anna Kanenina‘s famous opening line is not sage writing advice; it is, in fact, an intentional oversimplification. Happiness ought not to flatten our characters–and if it does, this should be cause for concern, since it would indicate that we are treating happiness with all the depth and texture of a bedtime story.

Secondly, if we write as though unhappiness and discontent as the only emotional wellsprings of narrative worth exploring, then we are both intentionally limiting our palettes, writing only one kind of story. Worse, we’re sacrificing verisimilitude simply because it is difficult.

After all, we need look no further than our own lives to recognize the problem we’ll encounter if we preoccupy ourselves with unhappy families at the expense of the happy ones. Asked about our defining or most enlightening moments, most of us are as likely to recount happy memories as we are moments of despair. Joy is a complex substance. It is also, as I’ve argued, fundamentally distressed. Its presence entails effort, conflict, story. That it is more difficult to tease out the relationship between happiness and narrative is no excuse for authors not to try. We must find the trouble with happiness: the tension within real happiness that makes it a suitable subject for a story.

Models for this kind of effort do exist, though they are few and far between. There’s Chekhov, of course, and never more memorably than in “Gooseberries.” Also Cheever and Updike, Alice Adams and Peter Taylor. Michael Byers is one contemporary voice. Ron Carlson is another. Marilynne Robinson in Gilead. Laurie Colwin in her better stories. Richard Russo. Elizabeth McCracken. Ellen Gilchrist.

What names, readers, would you add to this list?

This is Greg’s fourteenth post for Get Behind the Plough.

Images from: http://www.utoronto.ca/tolstoy/colorportrait.htm and http://www.indiebound.org/book/9780395891704