Home
»
Critical Essays
»
There Are Children at the Border 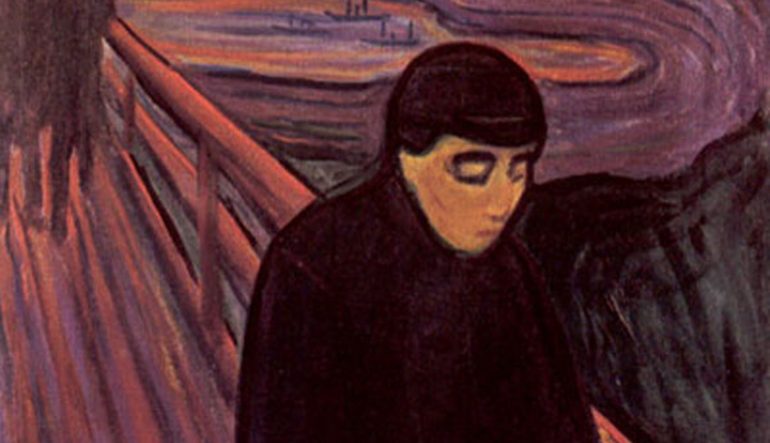 All across America this month, parents have been cutting their kids all sorts of slack. If you asked them why, they might not be able to explain it. Why was it suddenly acceptable to wake up in the middle of the night and crawl into their parents’ bed? To have that third, unnecessary snack before dinner? To be carried around in tired arms rather than walk?

And for the rest of us, this is the knowledge beyond knowledge, the thing that is always lurking in the backs of our minds even when we aren’t actively thinking about it. Even when we go about our comparatively safe and predictable days, these children at the border coat the backs of our eyeballs, coloring our vision whenever we look at, or think about, any other kid.

We think of ourselves too. We think about what we would do in these parents’ situation. How we would handle the separation, the uncertainty. What could we possibly tell our children in order to make them remember how to find us? And after (if there is an after), what could we possibly say to make life livable again? And how would we live when our hearts are removed from our bodies? How would we ever keep going rather than succumb to the shame and guilt and regret that come so easily to parents in situations far less significant?

We are obsessed, and when one is obsessed, everything around us becomes related, consequential, symbolic. I first encountered this state of mind as a child, when my mother would be overcome with nervous, post-Holocaust agitation as we watched Jamie, in Empire of the Sun, letting go of his mother’s hand in a Shanghai mob, only for a moment, to then find her gone; or Liesl, in The Sound of Music, gasping at the sight of her Nazi boyfriend, revealing the Von Trapps’ hiding place in the monastery. She would pause the film to lecture us, tears behind her voice, about how we should always take these situations seriously, keep quiet, never let go.

And now, I’m similarly obsessed. Does my two-year-old have the capacity to memorize a phone number? Is he cute enough to wrangle some tenderness from a stranger supervising him? Does the little Honduran girl in the image currently circulating on social media resemble my sister when she was that age? Everything I read, everything I watch, every time my child cries for water in the middle of the night—those children and their parents are right there with me.

It comes as no surprise, then, that an old poem by Yehuda Amichai—published in the collection Love Poems, written in the original Hebrew in the second person with a female pronoun, insinuating that it was authored with a former lover in mind—seems more pertinent than ever to me, reading it as the elegy of a parent to their lost child. Translated by Assia Gutmann in the book I’ve owned since I was eighteen years old, the poem reads, “Dates are already in view / In which you no longer exist, / Already a wind blows clouds / Which will not rain on us both.”

But this poem could also be read as a lament of separated families, delivered to the ears of society at large. It seems to know what the short story “Everything is Far From Here” by Cristina Henríquez, published last summer in the New Yorker, says explicitly. In Henríquez’s gut-wrenching depiction of a mother waiting anxiously in detention for her child, from whom she was separated on the journey to the American border, the protagonist spends a full year watching, searching, asking, crying for help, bartering, to no avail. As time passes, she notices the bruises and scars on her skin from the abuse along the way beginning to fade, the count of days since she has last seen her son growing, her storm of emotions settling into a lingering and pervasive darkness. The urgency that had her lying awake at night, envisioning herself retracing her steps back across the border until she found him “hungry and cold,” the palpability of her yearning for “the apricot-sweetness of his skin … the fuzz of his ear against her cheek,” is replaced with the realization that “everything dissolves like sugar in water. It’s easy to let that happen, so much easier to give in, to be who they want you to be: a thing that flares apart in the tumult, a thing that surrenders to the wind.” She is like Amichai’s narrator, who must accept the fact that “[t]he three languages I know, / [a]ll the colors in which I see and dream: / [n]one will help me.”

I am obsessed. We’re all obsessed. There is no one currently in my life who does not have the shadow of knowledge in their eyes, who does not want to frantically discuss it or frantically avoid the subject. But as the list of atrocities promoted by the current political leadership grows longer, as we sleep and wake into another day when so many groups of people live in fear and uncertainty, as this by-design trauma settles deeper into these unnamed children’s psyches, these crimes become the rule rather than the exception. If we do not speak up at every occasion, do not invest our voice, our vote, our time, and whatever money we can afford in affecting change; if we cannot locate a candidate who can defeat Trump and his comrades in 2020, this will be more than a nightmare. It will be America.

Trump’s rising approval rate, the travel ban, the gun laws, the limited healthcare, the heteronormative regime—these all become normalized, and we, too, will get used to them, though we may find that hard to believe now. Those lost, frightened children huddled together in a cold, empty room will become a fixture, then an inevitability, then an invisibility.

And that, to me, is the greatest horror of all. The normalization. The fading of our values. The idea that, to use Amichai’s words, “[l]ike our bodies’ imprint, / [n]ot a sign will remain that we were in this place. / The world closes behind us, / [t]he sand straightens itself.”

Tags:Cristina Henríquez, Everything is Far From Here, family separation at the border, Yehuda Amichai