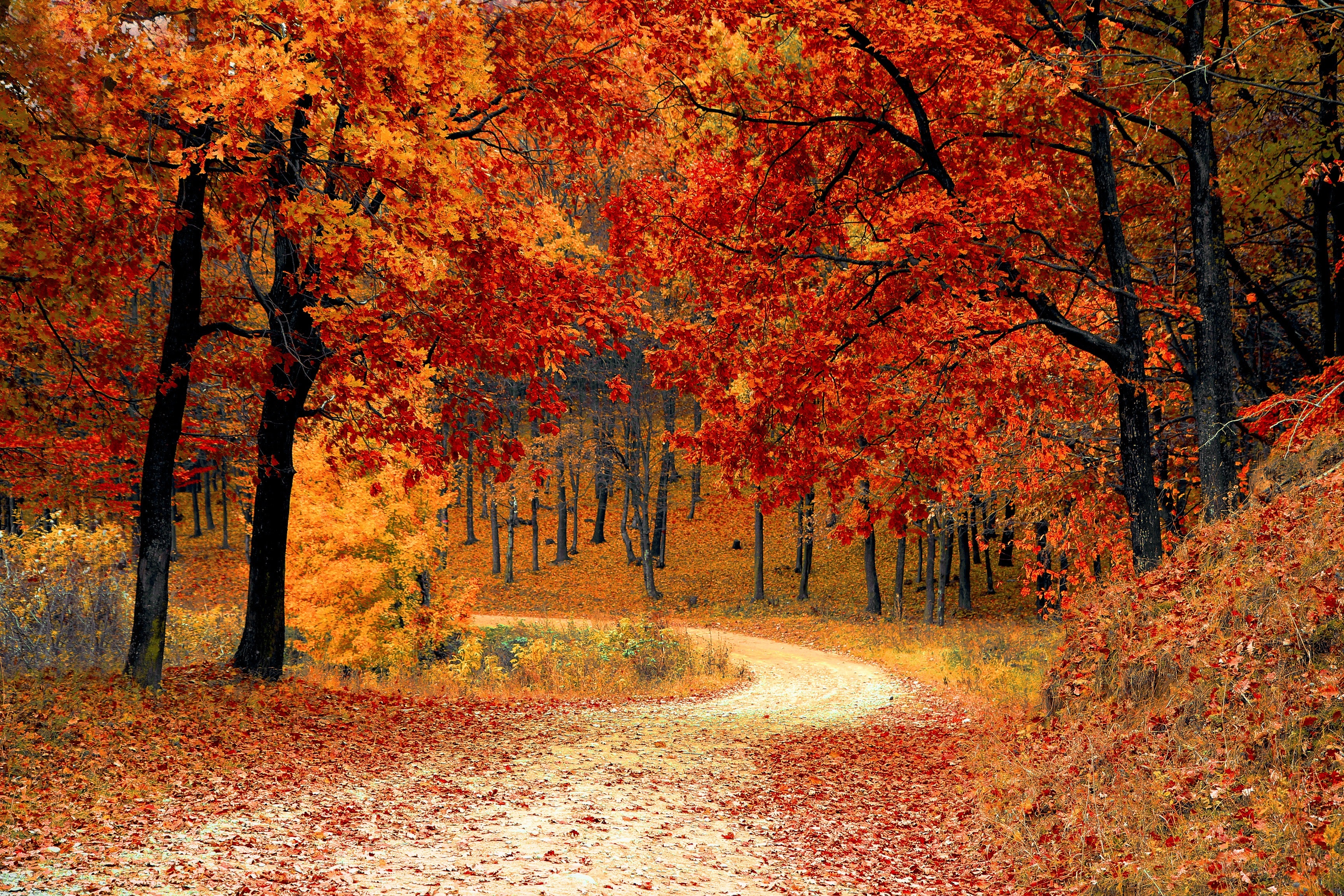 Spic, Richie said in the cafeteria, and I don’t remember why. After, as we walked back to our fourth grade classroom, I pushed him down when he turned his back.

He got up. We talked shit and started fighting. After a few punches, I pulled him close and tried to force his skull into my knee and hit him in the stomach, my fists muffled by a North Face coat, and Mrs. B yelling Stop, and Richie beginning to stop, and us separating as her blonde highlights whipped before her eyes and the stunned class and the slight pause in all of our heaving became not rest but an opportunity to cross the threshold and land another punch. I remember the bodies holding me back as I spit in rage and untangled myself, lunging again and re-realizing how much I wanted him dead.

The next day I was forced into an apology while we stood in the hall. Mrs. B was a friend of Richie’s family—they’d all vacation together, and in the sinister way that parents protect the reputations of their young and deny any ugliness within them, particularly when it is a reflection of an ugliness within themselves, she withheld punishment and none of the administration was told about the fight. The principal should have heard, Sister Lawrence should have taken us to her office, I or we should have been suspended or scolded, but it was erased with a bargain, Mrs. B saying if I apologized she wouldn’t tell.

I was nineteen when I read, “Autumn Begins in Martin’s Ferry, Ohio” by James Wright and as I read it the vault and its slow combinations began to click and unlock.

Wright’s poems are set in a world I never knew. Yet to me, his early work often says, This place ravaged me, diminished my humanity, wears me down. I left but return continually. I am apart, and I see what has happened to my people and what will happen again, and that knowledge, which creates rupture and dreams, for all it is worth, cannot save me, no matter how far I ride.

At St. Joseph Hill Academy I was other. Then I walked out into the world distrustful and sad.

Two years later, another kid called me a spic and I knocked him with one right out of his chair. At the principal’s office there were vibrations in my tendons, a static as I clenched and unclenched my fists and rocked back and forth on the soles of my feet.

The gym teacher brought us to the office then left. During our stories and through the droning list of why violence is never the answer, I continued rocking, I couldn’t calm as the spic, the first blow, went unacknowledged.

At some point, the principal hit the intercom, leaned in as she looked into my eyes and conjured the static of the PA system calling for the gym teacher to come back to the office.

She said she was afraid, that she couldn’t trust that I wouldn’t attack and needed protection as she relentlessly scolded and refused to let me calm or sit down.

The next week a desk scraped into the hall and was secured into a corner out of sight, away from my grade. It was where I served my in-school suspension, while the other students went to class unpunished.

I remember the long hallway and staring at the wall, Sister Lawrence peaking in to look at me every once in a while.

My mother asked if I wanted to switch schools, and channeling the mythic tales of her and my father’s survival and rise, mixed with some injected American cowboy swagger, I said, No one is gonna run me outta town.

My first attempts at poetry were a revision of the canonical works that spoke deeply to the pain I hid, even as the canon, as deemed by anthologies and teachers, ignored my existence.

What I saw inside of “Autumn Begins in Martins Ferry, Ohio” was akin to the quiet pain I first heard in Nas’ and Camron’s voices between lyrics about fucking and blunts. In the poem, pain wasn’t hidden or glazed over—it was there, alone on the page, open and distilled.

Poetry made visible what my body already knew.

In the eighth grade I started trekking to Chinatown to buy illegal knives—butterfly, gravity and switchblade—and brought them back to my school and neighborhood to sell.

I mimicked my representation, listened to the lineage of that word spic and forced myself into an identity that necessitated an ability to lock away the conflict and fear that I held.

My mother is a lawyer and my father was a clinical psychologist.

But because the world outside my family told me every spic is slick with a knife, I carried, and with that power in my hands I found a way to control anything anyone could say.

I hustled. I walked alone and counted my cash. Staged a grand performance. I was a child, fearful, a sheep in a wolf-skin coat.

I began boxing at fifteen. I entered the ring inarticulate with rage and kept on. The ring allowed time to stop or lengthen, for me to test my limits, to be equal, to be outside of my mind, to be nothing but dedication, muscle memory and rage.

The hours compiled into armor, the myth of my strength.

I found myself imprisoned in the stronghold I had built. The day came when I wished to break my silence and found that I could not speak: the actor could no longer be distinguished from his role.

By eighteen, I said to my mother, a month before an opening Daily News Golden Gloves fight, that I didn’t have it anymore, I feel like I’ve already thrown my last punch.

You know you don’t have to fight, she said.

Grashino Yancy was trying to do more than win a decision in his 132-pound novice bout. He was trying to knock out Andres Cerpa and he nearly accomplished that with a number of hard hooks that shook the taller Cerpa but never seemed to hurt him.

Maybe, by then, the destruction, my rage, had turned inward. By then, driving in a smoked out car, the sound of my friend’s guitar, high school love, abandon, rooftops in snow, were enough and felt like freedom.

I was loved and I escaped or made the city hallucinatory, malleable. A weight was lifted and I was released long enough to believe I’d been released from all history, when in actuality I was simply forgetting. Violence then drugs and abandon were a way to escape and changed nothing of the spic I heard in my own skull, even if it was becoming quiet as the ever-present hum of the city, the sounds we often forget.

In college I was never assigned a Latinx writer to read, with the exception of two poems by William Carlos Williams, but in truth, I only recently found out he was Puerto Rican, which is something the cannon seems to be hiding away.

I supplemented this lack in the English department with Black American Studies courses and attempted to extend and view my own life, my discord, intellectually through the frame of what I read there. Double consciousness. Race matters.

Yet the spirit of my experience, the hallucinatory city, the ether, my fear, the well held behind my eyes came to me through Wright.

My emotional trajectory, the parable of my life, was quietly held inside that poem. It saw through my wolf-skin coat and was written by someone returning from a distance that allowed them to see a system and how a few young men, given only the brief celebration of their bodies’ ability to destroy, respond.

And gallop terribly against each other’s bodies.

I framed and frame my youth as something akin to that destruction and decided, quite seriously, that I would become the skinny Puerto Rican James Wright. I took the logic of the poem, the cause and effect relationships, and translated them into my language, people, and built an image system around that one word, therefore.

How did I begin to change, to go back?

Mostly because of my mother’s education and her belief in the power of stories to illuminate parts of ourselves. She gave me models of successful POC writers because she knew their stories could help me frame or decode the chaos. I was loved. We talked about race and my father helped analyze my dreams.

My parents’ resilience, education and commitment to racial justice allowed me to see a more authentic self than the performance I conjured. Our conversations and their book recommendations, later in life, allowed me to believe in the value of my experience and the complexity of my position, which in turn allowed me to take in a whitewashed education and remain undeterred. I’d seen myself in books and knew that what I’d seen mattered and could resonate and impact people across race and class. Very few have been as lucky as me, and, in ways, this essay is an argument for complex representations of POC in literature courses and early and earnest discussions about race.

I still live in the confusion of what it means to be at war with your nature as racism is like a street you must walk alone, where you are watched, frisked by each stare, where every brick reigns down on you and reads Empire as you try to see the sky or catch a glimpse of breath, and carefully drowns you away.

When I read “Autumn Begins in Martins Ferry, Ohio,” even now, I think back to high school, who I was then and how that boy lives inside me, how for years my identity was his anger, his faux power, and also, his visions.

And then, I think of the poem as a system of logic, a journey through generations.

Therefore. Then, each line becomes my own. Each moment in “Autumn Begins in Martins Ferry, Ohio” is replaced with all that became me—

My father’s father tying nooses in a room as he blocks out the light. How we drank away a life telling the same story.

The tense smiles of the people I love. How we burn out trying to prove our worth, survive, and are diminished.

The rupture from the self and the bullshit American dream.

My sixth grade students writing When I grow up...

My notebook at that age, filled with crooked lines—the cars I wanted, the sneakers.

I see the blue grain of a butterfly knife. Cash in hollowed out OED.

I see my grandmother cornered in the kitchen as my grandfather threatens to shoot her.

I hear her prayers. Her need.

The first time I shot a gun—a black revolver. How it changed from his hands to mine.

My mother brushing her teeth before work.

The tree I planted.

My Abuela’s apartment and the cirrhosis light of project hallways.

I see myself in the mirror of the gym, shadowboxing. The warmth of a concussion and another hit.

Smashed bottles and rolled up bills.

A whole past and future—the city in double exposure and blood.

Boys doing pull-ups on streetlights, muscles breaking down to be built.