Home
»
Interviews
»
“There’s Value in Translating All Kinds of Things”: An Interview with Dr. Karen Emmerich 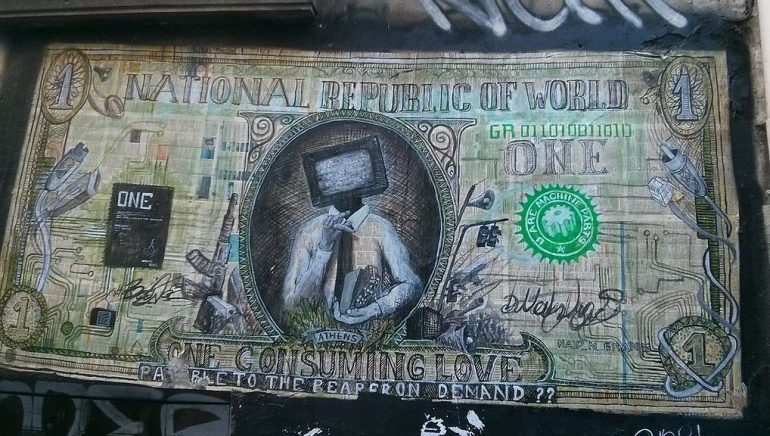 Anglophone readers owe a debt to translator and professor Dr. Karen Emmerich for her many contributions to Greek literature in translation. Currently a professor of Comparative Literature at Princeton University, Emmerich has translated everyone from Yiannis Ritsos to Margarita Karapanou to Christos Ikonomou.

Emmerich’s latest book, Literary Translations and the Making of Originals, is not a translation. Literary Translations is a theoretical meditation on what goes into translation, on the idea of texts as “unstable”—always existing in different print editions and versions, rendering them not the set texts we imagine them to be—and on the role of translation in helping literature grow. I spoke with Dr. Emmerich about how she decides what to translate, the responsibility of translators and writers in depicting foreign countries, and current popular impressions of Greece.

Maria Eliades: I bet you get really tired of being called prolific, but you really are.

Karen Emmerich: [laughs] In fact I don’t think I’ve ever been called prolific.

ME: Really? You’ve turned out so many translations and added so much to what we know about Greek literature in English. How do you translate so much?

KE: Some of the translations didn’t appear until 2010, I had done them in 2000, so sometimes the lead time of finding a publisher takes forever. I also work a lot, and I love translating, so that’s the thing that at the end of the day, when I’m exhausted from doing everything, it charges the batteries. It adds energy rather than taking it away somehow.

ME: How do you decide what to translate?

KE: In the very beginning people would commission things. So like the Vasilis Vasilikos book, The Few Things I Know About Glafkos Thrassakis, was not my decision. That was the decision of the publisher. Usually it’s just that, for a range of different reasons, I read and I think that people who aren’t me should be able to read [the books I translate]. And a couple of books, Sofia Nikolaidou’s The Scapegoat, and Christos Ikonomou’s book of short stories, I wanted to teach in a class of 75 undergraduates who didn’t speak Greek, so if I wanted to teach that class, which was on reading the Greek crisis, so full of contemporary stuff, you just have to make it available. Which is not the easiest way. Maybe I should just fix a different syllabus, but I think there’s a real lack of material to teach in those courses. I think the time has come to get some new blood in there.

ME: Does this feeling come from books you’re reading in Greek?

KE: Yeah. Especially times in political urgency, if I feel like in reading the newspaper all the time and that people have an impression of Greece that may be partially true but also very, very false, you want to supplement it with other things that people just don’t have access to. Other people are probably looking for masterpieces that are going to last 500 years, and I think there’s value in translating all kinds of things –really popular literature, things that have something to say that might be what I call a brave failure, a book that is trying to do so many things, but it might not quite get there. What it’s doing is important, even if it’s not a literary masterpiece to stand aside all others.

ME: What do you think the impression is of Greece is these days? It continues to go through rough times. Things have become somewhat better, but it doesn’t seem to be noticeable on the basic level. On the other hand, there have been these comments that Greek literature and theater and art have really been invigorated by the whole crisis.

KE: I think so. Especially recently with Karen Van Dyck’s Austerity Measures and with Theodoros Chiotis’s Book, Futures: The Poetry of the Greek Crisis, and Dinos Siotis’s poetry book. People are looking into [Greek literature], which is indicative of some resurgence.

In the United States, as represented in popular media, Johanna Hanink’s wonderful new book The Classical Debt: Greek Antiquity in an Era of Austerity is a place to turn for a discussion of this. She looks, in part, at the ways in which images of Greek antiquity are used as a sort of bludgeon against contemporary, crisis-ridden Greece in the international popular press, in cartoons, editorials, and so on.

This “burden of the past” weighs heavily now, with current-day Greeks always being measured against their supposed ancient forebears, and always found wanting. That’s nothing new, of course. It was the same way around the time of the revolution in the early nineteenth century, and I suppose has been ever since. And the truly terrible thing about these glorifications of “ancient Greek” (by which people usually mean fifth-century Athens, plus Homer) at the expense of contemporary Greece is that the stereotypes of Greeks as lazy, underhand tricksters don’t just pervade international presentations of Greece—they actually contributed in large part to the sovereign debt crisis itself.

ME: You write in a piece in The Brooklyn Quarterly that you were a “legal and cultural outsider who was at the same time highly privileged.” You’ve made that comment before in another article, too, reflecting on being in the “Aliens’ Office” in a Greek police department due to a visa issue. Do translators and people who write about foreign countries have a responsibility to those countries in their translation choices and portrayal?

KE: Oh, this issue of translators’ rights and responsibilities is such a fraught one. I like that you’re asking not just about translators but also about people who write about foreign countries. I mean, we were just talking about the international press. What does it mean for Paul Krugman to make recommendations to Greek citizens about how to vote in the 2015 referendum, when he doesn’t have to live with the consequences? What does it mean for me, as a translator or as a professor of Greek literature, or even as a supposed non-Greek specialist on Greece answering your questions now, to sponsor this or that view, to promote this or that text, which itself may promote this or that view of a country to which I do not, in fact, belong?

I certainly do try to translate works that counter certain negative impressions of Greece which I consider unfair—yet at the same time, it’s always difficult to gauge the effect of your actions ahead of time. For the past few years I’ve been teaching a course every fall on representations of the sovereign debt crisis, and all the many related crises, in Greece. I first developed [it] as a large lecture course at the University of Oregon, and spun it explicitly as an attempt to get behind the headlines, to expose students to what was happening on the ground in Greece, but also to give them a sense of the historical trajectory that brought us to this point. I spent tons of time each week translating lyrics to pop songs, or websites, or news items, and even translated two entire books—The Scapegoat and Something Will Happen, You’ll See–so as to have some very contemporary literary works to teach. We talked about the rise of Golden Dawn, the murder of rapper Pavlos Fyssas [and] the 2008 protests and sit-ins and riots following the police shooting of Alexis Grigoropoulos.

Most of the students in the class had no real experience of contemporary Greece before my class—and at the end of the semester, one of my students, in a meeting in my office hours, told me that his big takeaway from the course was that Greece was a pretty messed-up place. It sort of broke my heart to hear him say that. True, sure, fine—but what place isn’t, if you look closely enough? And apparently what I’d done that semester was feed, rather than fight, an already prevalent notion of Greece as chaotic, undisciplined, and backwards. I hope that’s not all my students walked away with, but ever since then, I’ve tried to be far more careful, or at least just to think more concertedly about this issue of presentation and representation.