Home
»
Reading
»
Thomas Bernhard and the Art of Agitation 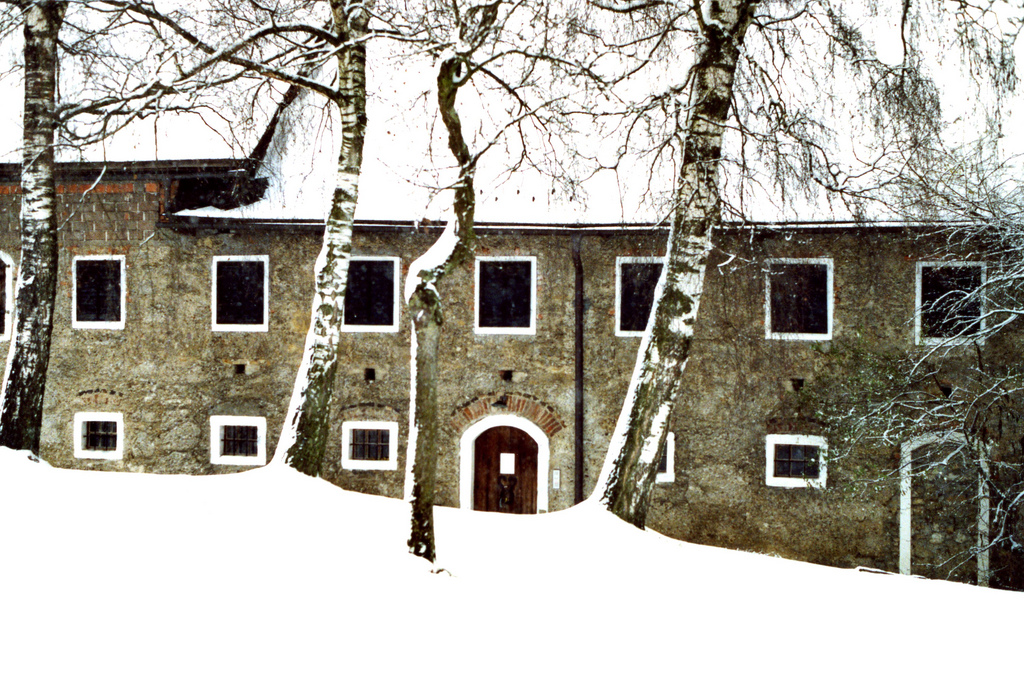 Among the long list of German words that lack a direct English translation, there’s one I’m particularly fond of: nestbeschmutzer. It translates roughly to “one who dirties their own nest” and can be used in the context of a whistleblower, but most often means a denigrator of one’s own country or family. In Austria, this word is often associated with Thomas Bernhard–a writer, playwright, and poet who wrote during the second half of the twentieth century. Bernhard’s home country was his muse, his creative inspiration that he loved to hate. He not only lambasted what he felt was Austria’s peculiar brand of Nazi-Catholicism, but also its ostensibly liberal artistic upper-middle class and what he felt was their glaring inanity and stupidity.

The lack of love between Bernhard and his country was mutual. He provoked the ire of the Austrian establishment over and over again, usually because of claims of libel. A former teacher of Bernhard’s once claimed he was misrepresented in Bernhard’s autobiographical work, and not long after this, the family of a judge whose name was used for a fictional judge in one of his works sued Bernhard under the same pretenses.

This happened again in 1984 after the publication of his Woodcutters. Just four days after the book came out, Bernhard was sued by the composer Gerhard Lampersberg for damage to Lampersberg’s reputation, mockery, libel, and defamation of character on the basis that there was a resemblance between a character named Mr. Auersberer and himself.    In his novels, many of Bernhard’s protagonists are either terminally ill, half-mad, or estranged from society as a whole. Much of his emphasis on illness and disease is because as a young man, he spent a number of years in hospitals and sanitariums because of a string of lung conditions, including tuberculosis.

Chapters and conventional paragraph breaks are generally absent from his writing, and sentences sprawl on for sometimes pages at a time–this meandering, cyclical style of writing would go on to influence contemporary figures in world literature like Laszlo Krasznahorkai, Antonio Lobo Antuñes, and the late W.G. Sebald (particularly his work Austerlitz). It’s possible to appreciate Bernhard’s writing and realize at the same time that everything his narrators say can’t be the totality of Bernard’s worldview or even a worldview worth admiring, but the sort of damning, visceral condemnations that are a hallmark of Bernhard’s novelistic work are difficult to dismiss. In attempting to “hold up a mirror to his native Austria,” Bernhard accomplished something more universal. In essence, he showed us the inverse side of Abraham Lincoln’s “better angels of our nature.” Bernhard was able to capture what lies dormant in all of us, the kind of bitterness, pettiness, and sheer grotesquery that we’re all capable of.

Whether it was the Austrian state or one of the multiple hospitals, boarding schools, or sanitariums Bernhard spent time in as an adolescent, much of his fiction and his autobiographical work focus on the apparent stupidity of these large institutions. He describes human beings in the Austrian second city of Salzburg as being “constantly tweaked and shaken, constantly hammered and filed into shape, and they go on being hammered and filed into shape until there is nothing left of the original human being but a revolting, tasteless artifact.” He states that his time spent in Salzburg at a National Socialist boarding school was unequivocally the worst period of his life (worse, apparently, than his years spent with various respiratory afflictions), as a place where a middling and not particularly cunning Nazi named Grünkranz’s disciplinary measures were as arbitrary as they were cruel. Later, after the war, Bernhard returns to the boarding school, which is no longer National Socialist but Catholic. As a boy, Bernhard does not hesitate in drawing comparisons between the two: “Here in the Catholic boarding house, we had another Grünkranz under a different name, no longer wearing military or SA boots but black clerical boots, no longer dressed in a grey or brown uniform jacket but in a black one.” Bernhard the boy was mandated to sing the praises of both Nazism and Catholicism during his time at the boarding house, and felt that “all these songs and choruses are simply an expression of stupidity, baseness, and lack of character on the part of those singing.” He qualifies that this is how he felt at the time and not how he necessarily feels now, but specifically thanks his grandparents for preventing him from catching either of these “malignant diseases.”

In his memoir, Bernhard graphically recounts the repeated failures of medical professionals who were charged with his care: in one instance, he describes how a respected doctor collapsed Bernhard’s one good lung because the doctor telephoned his cook about lunch while he was injecting Bernhard’s lung with air. Later, Bernhard is forced to explain to a different doctor how to perform a pneumoperitoroneum, which involves physically puncturing the abdominal wall. The doctor fails multiple times, and only after considerable pain and blood loss is he successful. In Bernhard’s early fiction, especially, similar medical professionals are present. His first novel Frost takes place in a sanitarium, while Gargoyles follows the surreal exploits of a doctor in a small town.

Most of Bernhard’s fiction and autobiographical work are nearly as grim as his childhood was, but to dismiss Bernhard as a ranting nihilist is neither accurate nor particularly productive. In his memoir, Bernhard describes the solace and, at times, sheer joy that various friendships afforded him. Bernhard writes tenderly about how in one sanitarium or another, his only relief from the perpetual banality of convalescent life were conversations with friends. From an architecture student at Grossgmain to a music conductor at Grafenhof, Bernhard saw these friendships as vital for maintaining his surprisingly optimistic disposition at the sanatoriums. Describing the latter, Bernhard writes, “This was a start of a friendship that has lasted until today, a friendship born of shared suffering if ever there was one […] I now had someone to talk to on my walks, someone who could explain things to me, who could enlighten me.”

Bernhard would again return to the subject of friendship in Wittgenstein’s Nephew, which is a semi-fictionalized account of Bernhard’s friendship with Paul Wittgenstein of the Wittgenstein family. Bernhard’s other works also explore the phenomenon of friendship, but more often than not are concerned with madness, suicide, and failure. The Loser details how two friends of the piano virtuoso Glenn Gould are driven to despair because Gould is the clearly superior piano player, about how “when we meet the best, we have to give up.” Concrete is also a sort of meditation on artistic failure, featuring a writer who for ten years has been unable to write the first sentence of a book about his favorite composer.

Obsessed with suicide as a young teen, it is ironically during his years in hospitals and sanatoriums that he finds his desire to live. About his time in the “death ward” of a hospital, the point where he was closest to death, Bernhard writes, “I wanted to live—nothing else mattered. To live, to live my life, the way I chose and for as long as I chose. It was not an oath–it was a decision made by a patient who had been given up, a decision which he had made when the other patients in front of him had stopped breathing.” Bernhard’s oeuvre belongs to the tradition of novels of complaint and psychological pessimism, not nihilism. If his characters suffer from madness, it is a result of having bought into the game and lost, not from having avoided the game altogether. Bernhard’s characters suffer from the opposite of cynicism, and then perpetually suffer because of it. They become so invested in their task that it eventually destroys them. Bernhard, too, perhaps in spite of himself, was invested.