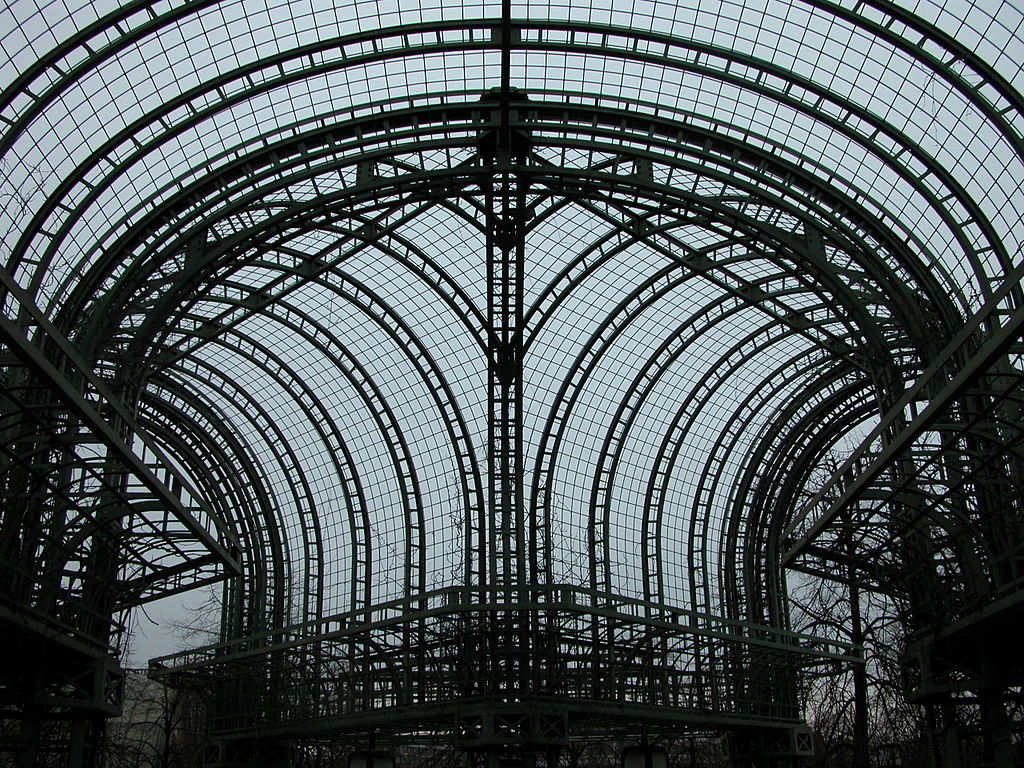 I have become, maybe unfortunately, obsessed with structure.

I don’t imagine I’m alone in considering this aspect of poetry: all of us who write have, at some point, had to decide where the line breaks, how we’ll let the clusters of language cohere.

I don’t have a goal in mind, in terms of writing about structure. I simply want it to be something we all discuss, something we’re all active about again. I’m not sure how other poets come up against these questions, but I read a fair amount, and have read a fair amount for awhile, and anyone who pays decent attention knows the overwhelming majority of poetry written at the moment is written in free verse.

I have nothing against free verse, let me just say that first. The reason I’ve even been invited to put stuff on the Ploughshares blog is because I had a poem in the last issue, and that poem? It’s free verse. Not only that, it’s a block-o-poem: left justified, without stanzas. In other words: I’m going to consider ways to move away from a type of poetry I personally practice and care about.

I—most of us, I’m sure—end up having a series of itches that get scratched in the decision-making process re: structure. First, there’s something aesthetic about ‘balance’—literally, how the poem looks on the page. I’m as embarrassed as the next writer by 1) how little I’m able to talk with clarity about this aspect and 2) the fact that I’ll happily subvert or compromise other aesthetic decisions for the sake of having the poem look like I want it to (meaning: I’ll cut lines against where I’d otherwise cut them, or I’ll go back and compress whatever’s necessary to get both the linguistic and visual cut the way I want). I’m 99% certain I’m not alone on this.

Aside from visual: there’s the actual decision about stanzas, as in: how long and how shaped? Like lots of readers (I’d guess), I was pretty excited by Nick Lantz‘s work last year (I’m still excited by the work, but was extra-excited when it was first released), work which tabbed stanzas variously but regularly, in patterns. Maybe we all don’t like Lantz, but I’m sure we’ve all got someone whose distinct way of patterning poetry has shocked or intrigued.

Jorie Graham, actually, has as much to do with this post’s inception as anyone: I studied her madly and gladly for a good year, read her work closely with one of her best and closest critics. She flew structure’s every bird: from Erosion onward, she’s clayed her poems into not just various shapes, but various repeated shapes, various whole orders. The book of hers I find best and most compelling, Never, has a unifying structural aesthetic running clear through the thing—one couldn’t read any poem in that book and think, well, maybe that’s from her other stuff, a different book. Yet Never was wildly different from Swarm, which was all fracture and below-speak, bracketed and struggling, and Never was different still from Overlord, which immediately followed it, to say nothing of Sea Change, which hit only two years back and which, structurally, is one of the most interesting books of the last decade.

Graham’s got a new, great poem in the new New Yorker, but that’s not necessarily why this post has come to be.

I respect Graham so much because she has made clear structural decisions. It’s (I’d argue) impossible to pick up any of her work and say, well, she just write it down as it came. Nobody who writes lines with that many dashes, brackets, indentations and parenthesis is writing down just poetic thought as it comes: every time she tabs, she’s making a decision. Ditto Nick Lantz (and all sorts of other folks, it’s true, but they’re the ones I’m quickest thinking of at present).

Here’s another way to consider this stuff. Think for a second of fiction. Most of us who write fiction have to admit that, after reading certain writers, our own voices get gravitationally sucked, thrown in mimicry (I’ll cop to being, yes, another of those young-ish white/male writers who was obsessed with David Foster Wallace’s voice in the way writers a generation back were obsessed with Carver). So too does the world spin for poets, but slightly different, maybe. Here’s an easy question for anyone wondering if this applies to him/her: read Stevens for a day, then write some poems. Are you using triplets? Are you using iambic pentameter?

Here’s the real target behind this post: the phrase free verse. It’s easy to overlook—because who doesn’t like free, and verse is hardly a saber tooth—the danger inherent in that phrase. I don’t want to get too political and wax on and on about how freedom demands a level of work and effort on the part of those exercising the freedom, so hopefully I can just say this and we can move on: take a look at the archives of your favorite mag, or your favorite aggregating site of creative writing. What percentage of the poems are block-o-poems?

Again: I don’t necessarily have that particular structure in mind as target for these thoughts. What I’m critically after here are the default settings of poetic structure[1].

Because here’s the thing: free verse developed as a rejection of certain forms and structures, meaning free verse was a choice. This, to some degree, returns to some things Hicok and I talked about on this page regarding random from the last few weeks: the entrenched, understood aesthetic structure of contemporary poetry. For instance: we all, most of us, take it for granted that a poem should track a person’s thoughts, should conform to the Stevensian “act of finding / What will suffice.” This, of course, is a great and good noble goal—we poets should be rooting through whatever mental forests and thickets we need to in order to find what will suffice. But it seems remarkable to me that, whether or not we write about loneliness or the naming of stars or the stink of pork processing, what will suffice seems, more than half the time, to fit into one of only a very few forms.

Part of my beef with questions of structure has to do with teaching poetry to undergraduates, which is an incredibly fun task. What’s not fun, however, is seeing my students—largely interested in poetry, rarely as something toward which to head, career-wise—move wildly into and through forms and then to realize that 1) I didn’t necessarily see a whole bunch of peers in a good MFA program moving into and through such forms and 2) I don’t see, in the vast majority of good-to-great literary journals I track, such structural invention and whimsy and verve.

Of course, it’d be one thing if it were simply a lack of whimsy and verve that led to only a few poetic forms so dominating the scene of contemporary practice. Like most people, I want more whimsy and verve in the world, at all levels, starting with poetry. But it’s more than that: I want structures to be pushed at not only for the experimental, generative growth such pushing will (almost automatically) usher, but also because I don’t believe the structures we’ve got are the best ways to format the poems we’re writing. Here’s where it’ll sound like I’m arguing for digital writing (I’m not arguing that all poetry’s got to contend with digital writing, but I very much like digital writing), or for constant structural inventiveness. In fact, my frustration with structure is that we’re, strangely, not working with enough fidelity to the Stevens phrase from before: we’re not really finding what will suffice.

Think of the last thing you read which made you think I didn’t know that could be done. We’ve all got several examples of this. Here’s one: Jennifer Boully writes strange texts. Nonfiction, poetry, whatever they are. She wrote something called “The Body” which is merely footnotes without a referent text; there are little page-bottom hauntings and the reader confronts the missing ghost by reading through them. Here’s another: Douglas Kearney had an audience member at a recent reading note the order in which her eyes tracked the phrases of the page of the poem. She numbered them, and Kearney read the poem as the audience member had annotated the thing.

I’m not arguing for any form, pattern, structure. I’m not arguing for rhythm and rhyme and pentameters. I’m arguing from inside writing poetry at present. I’m arguing as someone who has had to answer the question why does the poem look that way? and who has had to occasionally, frighteningly realize I don’t know. I’m arguing as someone who reads a whole lot and who has, since taking reading/writing up seriously maybe a decade ago, seen little movement in terms of how a poem sits on the page. I’m arguing as someone who sees the phrase free verse and is tired of the way the phrase seems to be read as implying form doesn’t matter—just left justify and call it a poem, or throw a stanza break in there whenever and you’re good. I like that we have total freedom in choosing the shape of our verse, I just think there needs to be some new, sustained effort to laser in on that middle word: I think we have to choose. I’m not arguing for the dismissal of the block-o-poem or any of the hugely common forms we all see regularly (and, yes, which we all write in regularly). I’m only arguing that we choose the form as rigorously and intentionally as we choose any other aspect—the lightning we have strike at the poem’s start, the hands we make wave at the poem’s end, etc.

[1]And I’d gladly take on the default settings of poetic content, too—who of us doesn’t have a favorite –  or whatever that seems always to find insertion into what we’re working on (my weaknesses: rivers, windows; every writer’s got a hatful)—but that gets into evaluative territory I’m not comfortable with.

This is Weston’s ninth post for Get Behind the Plough.