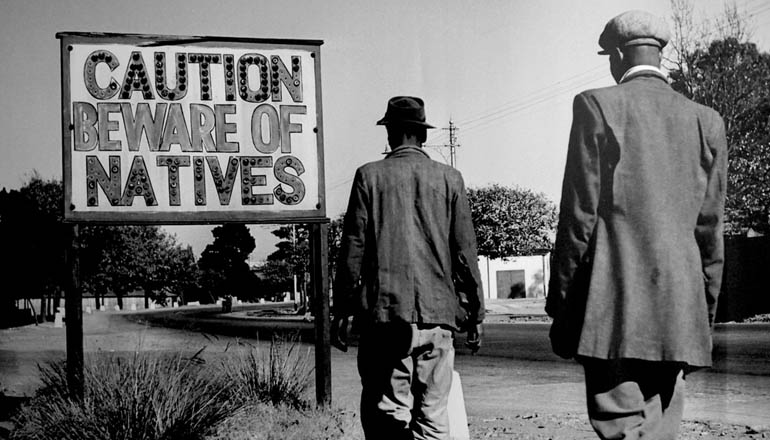 Throwback Thursday is a series that highlights classic texts commonly assigned to students that deserve to be revisited and reconsidered in adulthood. This month’s selection is Waiting for the Barbarians by J.M. Coetzee.

It is not uncommon for a story to exist in a vacuum, without the confines of real people and places tethering it to a moment in history. It’s also not unusual for a story to be set in a vacuum yet serve as an allegory, which Merriam-Webster defines as “the expression by means of symbolic fictional figures and actions of truths or generalizations about human existence,” which is to say that the story acts a stand-in for reality, never explicitly tying itself to a set of events or the actions of specific individuals. What is extraordinary, however, is when a story acts as an allegory in a vacuum and also attains the timeless quality of relevancy at any given moment. And J.M. Coetzee’s Waiting for the Barbarians is one of those stories.

Set in a nondescript Empire and narrated by a nonspecific Magistrate, the novel explores the concept of justice through digging into the rift between the blindly idealistic beliefs that make up the foundation of a colonial system, and the starkly inhumane actions which are caused by the implementation of the system on the people. To unpack that a little bit: the Magistrate has been told how to make a country prosperous and he does not question the integrity of that information, only to find that once he rules the country he is imposing a rule of torture, ill-will and utter destruction of a culture that he knows next to little about.

When the novel opens, the Magistrate is on the brink of retirement and while he still believes in what he is doing, he has begun to question the methods of the younger generation of soldiers from the Empire. But as the Magistrate grows closer to and eventually enters into a relationship with one of the Barbarians (as the “others” are known in the novel), he sees that his fellow countrymen are no longer attempting to assimilate the Barbarians into their culture, instead, they seem intent on destroying the civilization entirely. He is eventually caught and tortured for his fraternization, and as the country begins to fall apart he becomes keenly aware of the injustice of his undertaking, and the high human cost of not questioning the justice system which he failed to interrogate and simply accepted as fact.

If the context of the story sounds familiar, it’s because despite the story being set in a vacuum of non-identity, it was published in 1980 at the peak of Apartheid by one of South Africa’s most lauded authors—it’s an allegory for the injustices brought on those people, and an exploration of the psyche of the individuals who perpetrated those crimes. Thematically, the plot runs alongside the raping, pillaging, and senseless torture of African citizens, and the lack of justice in a colonial system. Coetzee suggests that it is imperative that an individual in a position of power not act on orders just because those orders have been given, but instead spend time to understand the effect that actions will have not just on the land which they govern but for the world writ large. The repercussions of one leader’s actions in one country become precedent for a second leader, and a third, and the intent begins to get lost within the results. It’s this indiscriminate governance that allows for the motivations of a society to become skewed, for those individuals who truly mean well to become the greatest perpetrators of crimes. And that’s an important lesson that does transcend both the vacuum as well as the allegory, and also can tick the third box: the fact that so long as these sorts of occurrences are perpetuated, the lesson will still be applicable to the present day.

When it was was announced back in October that a film adaptation of Waiting for the Barbarians was in the works, I was initially surprised. I’d been assigned the novel half a dozen times over the course of my academic career, and while I found it to be an incredibly moving tale that inspired me to broaden my knowledge of Apartheid and understand the context under which those events transpired. In the aftermath of the 2016 election, though, it feels like taking the novel to the screen is one of the most prescient moves that Hollywood could have possibly made. It’s the perfect trifecta of vacuum-allegory-relevancy: a cautionary tale set against the implicit backdrop of a critically important time in our history, at the exact time we need it.

As we speed towards the implementation of a new leader, it’s critical that we remember the role of the political system on shaping that leader—and how without utilizing proper interrogation and thoughtfulness, we too can become blind to injustice and suffering. We will be entering a presidency that is completely unprecedented in numerous ways, and the only way we can protect ourselves from being lulled into a false sense of justice is to remain vigilant and continue to stand up for what we believe is right. And the best way to start that process is to revisit this novel and see just what it is that happens when we forget to undergo that mind-and-gut check and blindly do what we’re told.