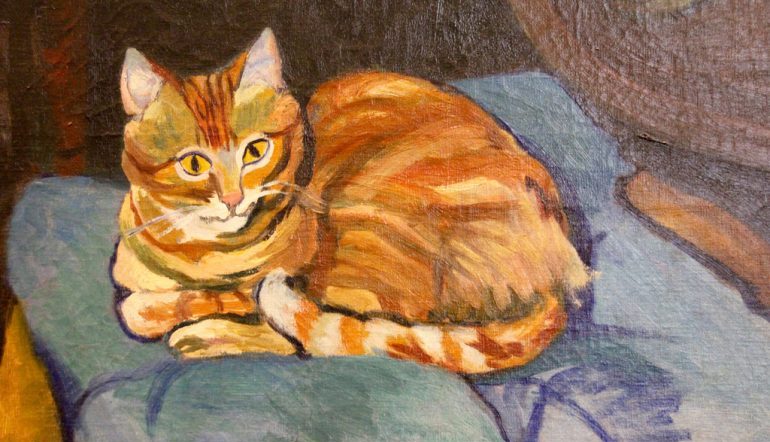 In an email exchange with David Gates, Jonathan Lethem writes:

Hey, David. As I was saying to my 2,472 friends the other day, these certainly are strange times in the history of the boundary between the human persons and the written words.

He goes on to describe his ambivalent use of Facebook:

I’m *sort of* on Facebook now[…]. I use Facebook weirdly, under a pseudonym, and I think I only manage to do it because I regard it as a kind of vast fiction, a tapestry-novel that we’re all writing together, playing at personae.

To which Gates dryly replies:

I don’t get why people voluntarily present themselves for online inspection. Sure, fine, okay, it’s not really “themselves” they’re presenting, but rather some constructed “self.” Don’t we do enough of that when we’re offline?

Facebook strikes me as a carny fright house for writers. Maybe this is generational, or perhaps it’s psychiatric, but I flunk at Facebook. I joined after a dear friend on the edge of the continent had a child and was too busy to send the cherished daily miniatures. An LA writer, fluent in technology and time savers, he invited me to Facebook. I trusted him, though I bailed several times before completing the process. Afterwards, I emailed him that it felt like I’d just gone through a friendship commitment ceremony. Which was fine. I’m one who believes true friendship is a sacrament. He was my sole friend for a year.

But then the thing ballooned. My family is large and scattered. Facebook also proved great for keeping in light touch with old school pals. Before long, each request triggered an existential spin cycle: Is this person really a friend? Are former students friends? Is that appropriate? Should colleagues see my political activism? Do I want to hear from drunken friends-of-friends? Nightly? A writer’s mom just channeled Glenn Beck on his wall. There are boundary issues with this thing.

But at the core is the query Gates posed. If you read too much Eastern philosophy or any psychology, the issue of constructed identity is easily inflamed. When friends have babies or an in-law gets cancer or someone has a gig or needs a couch while on tour, Facebook is wonderful. So I’m still dangling between using it to stay connected and offending friends through public neglect or, worse, self-marketing.
But maybe I’m lousy at Facebook because I’m infatuated with our neighborhood listserv instead. It’s why we live in this cluster of post-war ranch homes in what used to be an apple orchard. It’s the homely sidekick of a town that’s otherwise gorgeous. But the listserv makes it a true community. We get instant alerts on foxes or mountain lions–especially important when a lioness with two cubs was prowling near the elementary school. And we got this vital alert:

A few minutes ago we were alarmed to see water bubbling up wildly from our bathroom toilet. It turns out the city is flushing the sewers today. Pretty gross to see toilet water sprayed all over the place. The men operating the sewer clean-out truck were obviously used to receiving a volley of complaints and said they don’t warn residents because they don’t have time.
So I’m doing it: You are advised to PUT YOUR SEATS DOWN.

Amidst the chorus of thanks, someone wrote: “This is the first time I have ever heard a GUY telling me to put the seat down!” We also learned the city’s Risk Management department called this “air poofing,” and couldn’t afford to alert folks. As though an air poofing alarm would lead to action. But the listserv worked.
People regularly swap obscure tools and countless talents, plant clippings and babysitters, kitchen makeover ordeals and ski equipment. A beleaguered teacher once requested Spring cleaning discards–any half-used pencils, notebooks or broken crayons. Her students were the children of migrant workers and had nothing. She was flooded with supplies, plus gift certificates, plus classroom volunteers, including an engineer-turned-storyteller. A request for help moving a large chicken coop “across a decent sized back yard,” promised “a couple weeks worth of eggs” in return. A complete stranger loaned us his chainsaw after hurricane-grade Chinook winds clobbered us with tree limbs. A bewildered neighbor wrote that a twin mattress had landed on his car, in case a neighbor’s was missing. “If you need a pillow for that, an orange and red decorative silk pillow showed up at our house.” A tool shed had landed in another yard. It’s Wizard of Ozy here after a storm, but with the listserv, we can sort it out swiftly.
One neighbor posted the photo of a mystery bird on his backyard feeder, and others rushed to help identify it. “There are three possibilities: Northern Goshawk (biggest), Coopers Hawk (medium) or Sharp-shinned hawk (smallest),” wrote the first responder. It unfurled into a wonderful course on bird watching. We’ve had similar tutorials on mushrooms, window replacements, Dutch elm disease, and solar panels. There have been studiously intense discussions on the environmental impact of larger homes and related city regulations; the local Catholic school that ejected a preschooler with two moms; and how to help New Orleans post-Katrina. That thread resulted in a caravan of donated supplies and water that came back with displaced families, who settled into donated house rentals stocked with things each family needed. Pure community. Even when discussions get heated, it stays neighborly. Two local philosophy profs refereed thoughtfully when the Catholic school thread–more than fifty messages–got tangled.
Posts range from extra garden produce: “Beets and greens in a cooler on the porch, help yourself.” To party leftovers: “If you have a growler or jug, feel free to help yourself to the keg in the back of our truck in the driveway.” To a gent who “decided to try some theoretically minor automotive repair on Sunday night.” Then:

Fast forward to Wednesday night. There I was, still laboring away. Frustrated by a rounded triple square bolt in a hard to reach place, I was despondently curled into the fetal position on the dusty floor of our garage amongst a clutter of (mostly borrowed) tools, when who should appear? Like helpful holiday Elves, neighbors came bounding up the driveway bearing more implements of the trade, and even better, the skills to use them!

After thanking the Samaritan mechanics, he concludes: “For those who may have tolerated my hammering late into the night, occasionally punctuated by colorful language, thank you for not sending over the City’s Finest.”
This being an affluent, bucolic mountain town, there are some jarring juxtapositions, such as hysteria about poor people showing up at the door crossed with a manic love of animals. One Friday, a desperate couple wrote that they’d found an ailing brown and white pet rat and were certain the owner was bereft. A second note soon followed, saying they’d cuddled and fed the brown and white darling and to please spread the word to the heartbroken owners that their pet was safe. A third note was posted that they had to leave for the weekend and since they hadn’t heard from the owners, could someone please, please offer to rat-sit for the weekend? If the owners–or perhaps they should say guardians–didn’t surface, they’d gladly take the pet back when they returned on Monday, but no way could they leave the poor thing alone for a whole weekend. It might not survive. They were terribly worried. A fourth note frantically pleaded for someone to please offer to rat-sit. At this point, several neighbors wrote that the Human Society accepts rodents, to which the rat saviors replied with lavish thanks and said they’d rush the little guy over there and to let everyone know that’s where he’d be, in case they were missing their little brown and white buddy. Then, finally, a sane person wrote that, uh, the neighborhood is filled with brown and white rats, as his terrier would happily attest.
There was shared concern about a child who kept appearing on backyard trampolines and in random kitchens. Lost dogs are quickly returned and elders get help during snowstorms or post-surgery. When a new neighbor sends the alarm that a motorized La-Z-Boy just zipped down the street, they’re assured that it’s the guys from the Burning Man house. There are posts for piano tuners, tailors, knee surgeons, house painters, sledgehammers, free furniture, strange backyard disturbances, Santa suits, and “an old carbon road fork with 1″ threadless steerers,” which surfaced today. In case you have one to spare.
Recently there was a runaway male cockatiel named Merlin with “orange dots on his cheeks” who “likes to whistle the Andy Griffith theme song, but sometimes it comes out sounding like a cat-call.” But my favorite post is “Tigerella needs a home!” This stray cat was apparently reclaimed from her first adoptive home because “they were going to have her de-clawed (oh no!!!).” Then the kitty “was given to a friend’s husband’s mother (who does not speak ‘cat’ very well and tried to make it an indoor-only cat).” Turns out the mother-in-law landed in the hospital after being attacked by the semi-feral cat–a diabetic, she developed a severe infection–but the poster insisted the cat is “a complete sweetheart” and just needs:

someone who is tuned in to cat behavior and their signals/triggers as Tigerella has a few. She will warn you when she’s does not like to be touched by grasping your hand (or whatever) with her mouth and just sitting there looking at you, with your hand in her mouth. She’s definitely a lap cat and she gets along with other cats. We would keep her ourselves but she’s just a bit too predatory and one of our cats is unwilling to accept her. Tigerella is a thoroughly entertaining and intelligent cat.

That’s if you find sending in-laws to hospitals entertaining. This sales pitch included the picture of fritzed cat in a terrified lap.
Who has time for Facebook with fetching pleas like these? Lethem might have the solution. In the same email exchange, he describes asking his tech guy to remove the internet access from the computer he uses to write–not just hide, but actually extract it. “That’s to say, I took an expensive Mac and turned it into a typewriter,” he writes.
“Thank you,” Gates replies. “I’m going to get one of my laptops spayed immediately.”
This is Carol’s thirteenth post for Get Behind the Plough.
Images: 1, 2, 3, and 4.