Home
»
Critical Essays
»
To Trope or Not to Trope 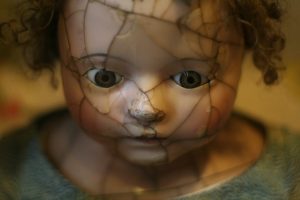 In early creative writing classes, we’re often told to avoid tropes, told that they’ll make our writing cliché. It’s good advice for writers just beginning their craft, but it’s not sound advice for an entire career. Tropes exist because they have a universal appeal and understanding—the tale types of fairy tales permeate our literature to this day. I recently have read a handful of short stories and flash fiction that effectively use tropes to subvert them, and make a greater commentary. Interestingly, all of the tropes centered on women and their tradition, clichéd roles in literature and pop culture.

In the short story Midwestern Girl is Tired of Appearing in your Short Stories by Gwen Kirby (in Guernica), Kirby fills her words with clichés of the Midwestern Girl trope, which we find so much in literary fiction, and uses them to weave a compelling narrative about what these pieces are missing. The first line immediately tells us what kind of story Kirby is telling: Midwestern Girl goes to New York City and reminds the protagonist (of course she is not the protagonist) of everything he has left behind.” Kirby weaves in humor (the literary fiction template seems extra hilarious when we’re being told to pay attention to it), but the narrative is also deeply heartfelt. The story argues that the ways we view women through the male gaze is a problematic view.

In Being the Murdered Wife by Cathy Ulrich (in Bad Pony Magazine), this idea is taken a step further and into the nature of violence and how it is used against women’s bodies in literature. Ulrich uses the conceit of the genius male artist anguished by the memory of his first great love. The story begins: “The thing about being the murdered wife is you set the plot in motion.” And, of course, this trope can be found everywhere in literature, movies, and television—the man who is spurned on by a woman’s death (there’s even a term for it: “fridging”) where the woman is essentially only a plot device versus a fully realized character. Ulrich, however, has other plans and her focus is on the women of this world: from the murdered wife to all of the subsequent wives who can’t live up to her tragic existence. The writing is stunning and devastating. It also works as a reaction to all of the problems of the trope it is subverting.

The trope of violence against women continues in Final Girl Slumber Party by Meghan Philips (in Barrelhouse). Here Philips uses the Final Girl trope of horror movies and shows how these girls’ lives are changed. It begins: “We don’t braid each other’s hair.” The story then goes on to list off all the things the final girls can no longer do because of the fear that overwhelms them. While horror movies end with the final girls victorious over the killer/monster, Philips shows the aftereffects that these experiences would bring. This a beautifully done meditation on the lingering aftermath of violent trauma. By becoming an exploration of the trope after it has happened, Philips makes it a call to arms to listen to and understand the voices of victims.

Finally in If We Survive the Night by Carlie St. George (in The Dark), this trope of final girls and victims in horror is subverted once again. St. George’s story takes a similar approach to Philips, but instead focuses on those who don’t survive the horror movies and the tropes/clichés that often lead to their deaths. “It’s autumn, and all the dead girls are kneeling in the yard,” begins the piece, and from there the reader is entered into a terrifying and heartbreaking world where the victims of horror films are forced to relive those moments again and again. Not only does the story comment on the often sexist overtones of slasher films, but it also comments on the way we consume violent media. This is a perfect short story, which is also a perfect push back against the violent treatment of women in literature and pop culture, as it shows the reader the voyeurism that such tropes rely on.

Ultimately, the idea of avoiding tropes is one to think about in writing. However, it often makes an even more perfect story when a writer embraces tropes, and uses them to make a greater commentary than the trope could ever have spoken to in the first place. By commenting on the clichéd use of women’s bodies in literature, all of these writers have created uniquely devastating works.