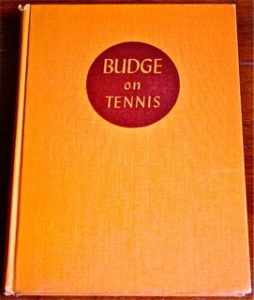 Trivia Challenge: Can you name the 1997 neo-noir thriller in which this 1939 tennis tome  prominently appears? (Hint: “Dog my cats, indeed!” Read on for the answer….)

The Great Gatsby. Les Misérables. Silver Linings Playbook. Sure, plenty of successful movies owe a big debt to books. “Based on the novel by…,” “Best Adapted Screenplay” and all that.

But what about great films in which books get out from behind the scenes to drive plot, reveal character, and create atmosphere, becoming actors of a kind themselves?

Welcome to my unabashedly biased list, Top 10 Movies Starring Books. Hang on tight, because we’re going to be hopping through genres and decades, crossing some international borders, rubbing elbows with some cinematic A-listers—and partying with some bold and brassy B’s.

Getting Meta: Turns out some of these movies starring books are also based on books. Can you spot them? Bonus points if you can name the author too. (Answers are at the bottom of this post.)

1.  Moonrise Kingdom (2012). Wes Anderson’s most recent film was nominated for an Oscar for Best Original Screenplay, and follows the romance between two awkward adolescent runaways who are completely smitten with each other—except one of them is maybe even a little more smitten with reading. The beauty part is that all the books Suzy (Kara Hayward) lugs along on the pair’s adventures are fictional themselves. Made-up, convincingly shelf-worn titles include: Shelly and the Secret Universe, The Francine Odysseys, and The Girl from Jupiter. Wish you could read these imaginary YA classics? Check out Anderson’s short, animated “adaptations” of  them here.

2.  The Best of Everything (1959). Three Mad Men-era working girl roommates—all working in book publishing! Hope Lange plays a recent Radcliffe grad who dreams of becoming an editor at Park Avenue-based Fabian Publishing. Joan Crawford plays her coolly condescending boss, an impeccably lacquered tyrant who’s gone through “12 secretaries in three years.” This fascinating cultural artifact dissolves into soapy, weepy melodrama by the end, but the first act features some great satirical publishing-biz moments, including a name-dropping senior editor (“Eugene O’Neill would have liked that. I remember he used to say…”) and manuscript bearing the handwritten comments: “Unsolicited—New writer. Virgin and sailor on a deserted island. Trash… No!”

3. The Big Sleep (1946). “Do you have a Ben Hur, 1860, Third Edition, with a duplicated line on page 116… Or a Chevalier Audubon 1840?” A cynical private eye (Humphrey Bogart) walks into an antiquarian bookstore and exchanges quips with a staid but sultry bookseller (Dorothy Malone). Bogie’s not sure the bookseller’s legit but she passes his test—she really knows her stuff. Soon Malone’s steely spectacles come off, and a bottle of rye emerges from Bogie’s pocket. A sizzlingly suggestive scene that barely squeaked past the era’s stringent Hays Code censors ensues. Books, folks. Books. Watch it here.

4.  The Saragossa Manuscript (1965).  An military officer in the Napoleonic Wars takes shelter in an abandoned house, where he comes across a very unusual book. Cannon fire be damned, our epauletted hero can’t stop reading and we plunge with him headfirst into a trippily surrealist literary adventure. This wickedly wacky 1960s Polish classic has a storyline like a fun-house hall of mirrors, but never fails to compel. It was a big favorite, both of the director Luis Buñuel and of the Grateful Dead’s Jerry Garcia. Sadly—but hopefully, temporarily—out of print in the U.S., a full version, complete with English subtitles (just make sure they’re switched on), is available for online viewing here.

5.  Toute la mémoire du monde/All the Memory in the World (1956). “…man fears being engulfed by this mass of words. To safeguard his freedom, he builds fortresses.” This one’s a documentary—and a short—but I couldn’t resist including it. In this stylish and fanciful 20-minute film by Alain Resnais (director of “Last Year at Marienbad” and “Hiroshima, Mon Amour”), books are “imprisoned” in Paris’ Bibliothèque Nationale. The Criterion Collection recently made it available for viewing on YouTube. Catch it while you can!

6.  The Ninth Gate (1999). Johnny Depp. Roman Polanski. Satan. This one’s a perennial guilty pleasure for me. A rare book dealer (Depp) embarks on an international search for the missing volumes to a medieval manual rumored to have been penned by Lucifer himself. Murder, mayhem—and mysticism—ensue, all set in the idiosyncratic antiquarian book world. Highlight: The nonchalance with which one of a pair of twin booksellers pores over a priceless manuscript while smoking a long-ashed cigarette.

7.  The Spanish Prisoner (1997). David Mamet’s convoluted con-man thriller starring Steve Martin and Campbell Scott. A decades-old book on tennis (did you recognize it in the pic at the very top of this post?) becomes a key plot point when millionaire Steve Martin asks working man Campbell Scott to deliver a brown-paper wrapped copy to his single, tennis-playing sister. When, in a moment of suspicion, Scott accidentally tears the book’s fragile cover, he visits a NYC used bookseller in search of a replacement.

8. Hannah and Her Sisters (1986). “…nobody, not even the rain, has such small hands.” In Woody Allen’s late-80s masterpiece, a philandering accountant (Michael Caine) contrives to meet his sister-in-law (Barbara Hershey) in NYC’s (sadly now online only) Pageant Book & Print Shop. Caine insists on buying a volume of e.e. cummings’ poetry as a spontaneous gift, directing Hershey to a poem (“somewhere I have never travelled, gladly beyond”) he says reminds him of her. It works. Read the full poem here.

10.  The Spy Who Came in From the Cold (1965). In this Cold War thriller, a veteran agent (Richard Burton) makes a show of bottoming out from his demanding position with British intelligence and takes an entry-level job at a shabby independent library in London. There he becomes involved with a lovely, Communist-sympathizing librarian (Claire Bloom). Complications ensue as Burton attracts the attention of some East German officials and leaves the library for an altogether different kind of work.

Readers, now we want to hear from you. What’s on your list? (Weigh in in the comments section below!)

(The novels behind the films: The Big Sleep by Raymond Chandler; The Best of Everything by Rona Jaffe; The Saragossa Manuscript (Manuscrit trouvé à Saragosse) by Jan Potocki; The Club Dumas (El Club Dumas) by Arturo Pérez-Reverte, adapted for the screen as “The Ninth Gate”; The Spy Who Came in From the Cold by John le Carré.)

Nora Maynard's recent work has appeared in Salon, The Millions, Drunken Boat, Necessary Fiction, and Underwater New York, among others. She was previously a weekly columnist for Apartment Therapy: The Kitchn, 2006-2011. Nora's been awarded fiction fellowships by Ucross, Blue Mountain Center, Millay Colony, Ragdale, and I-Park. She's a winner of the Bronx Writers’ Center/Bronx Council of the Arts Chapter One Competition, and a member of the Board of Directors for The Millay Colony for the Arts. She recently completed her ninth marathon and her first novel. www.noramaynard.com