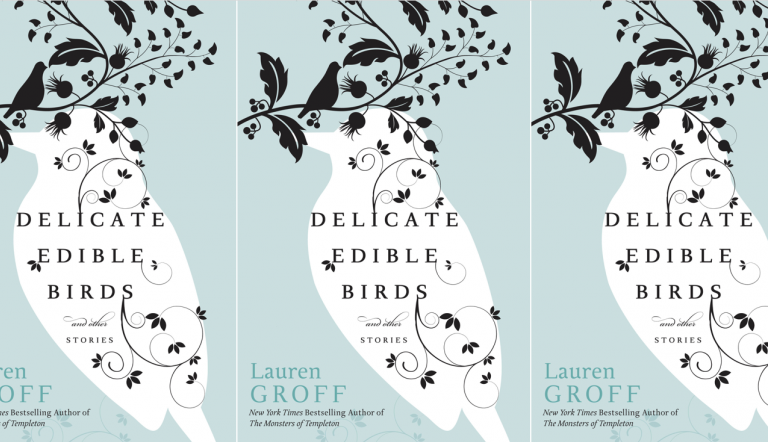 There’s no formula for friendship. Listen, I’ve looked. Feelings stretch and change. Either we outgrow relationships or they grow with us, turning into something new. The process of intimacy is weird and unnerving. Lines are crossed. Though it’s normal for boundaries to blur with those we care about, when a person isn’t respected, relationships turn toxic. Lauren Groff writes unflinchingly about those murky areas in “Blythe.”

In this story, Groff examines problematic intimacy between best friends. While Blythe relentlessly takes from the friendship, Harriet readily gives of herself until there’s nothing left. By providing characterizations that transcend the limits of traditional intimacy—parentally, romantically, and sexually—Groff creates a spectrum of dysfunction. Without boundaries, love becomes poisonous. Its removal is painful.

The story opens with Harriet claiming: “The years before Blythe were a kind of beautiful limbo.” That “before” is pretty for the narrator, safe and stationary. Prior to Blythe, her life lacked ignition. The friendship between the two strikes a spark. What was once placid and staid becomes wildly out of control. It’s passion versus comfort.

It was only when I smelled bourbon on her breath and watched one of her flowers unpin itself and fall down her collar that my heart fell for her with a decided plunk, the sound of a stone dropping into water.

Blythe lay on her chaise lounge in a bikini that showed off her smooth waist and lovely small breasts. It seemed vaguely obscene to see how eagerly her nipples pushed against the fabric. I tried not to look.

Blythe’s flesh, the eroticism of it, is often the subject of voyeurism, while Harriet’s body is “domestic.” Breasts are discussed, swelled flesh, specifically the hardness of nipples and the shame of their visibility. These touchstones of unwilling eroticism butt up against motherhood. In that pool scene, Blythe mentions sleeping in the same bed as her mother until she was sixteen years old. Because she often treats Harriet as her mother, the line between what’s appropriate for friendship blurs further. Later, when Blythe finishes working on a poem that she feels passionately about, she brings it over to Harriet in the middle of the night and recites it for her in the driveway. When they embrace at the end of it, Blythe whispers “Oh, Mother,” in Harriet’s ear.

Harriet points out that what she’s doing with Blythe is a means of loading up her own dull life with excitement. She gets off on viewing what Blythe would dare to do:

I would never do any of these things myself, but did have a voyeur’s delight in hearing about Blythe’s doing them. In those days she seemed the distillation of life, and I felt some of my own returning, breath by breath, in her presence.

This voyeurism extends to Blythe’s creative work. It’s bombastic and carnal, very much based on physical experience. Harriet comments that Blythe “wrote things so internal they still had the slick and beat of an organ when they came from her.” The phrasing has the smack of orgasm attached to it—the wet, pulsing heart of the thing. For Harriet, Blythe’s poetry becomes sexual act. Harriet is voyeur, mother, while Blythe is the spectacle, a daughter.

At the climax of the story, Harriet goes over to Blythe’s house to deal with another outburst. Decades of these emotional upheavals have culminated into a final encounter between the two women, whose friendship has become the only constant in either of their lives. Lying on the floor together, Blythe puts her head on Harriet’s chest. Harriet feels her nipples harden from the contact, and is ashamed of herself. She is lover and mother, they have moved far beyond friendship. In these few moments, what had always been on the brink of pushing through into eroticism finally happens:

‘Oh Harriet,’ she sighed into my chest. ‘My Harriet.’ She drew her head up. Her eyes had gone slate gray and narrow. She leaned forward and gave me a long, lingering kiss. Her lips were very soft and tasted like whiskey.

Once Harriet takes part in the action and ceases to be a voyeur, she understands that Blythe’s seductive look is the same one she gives to all her conquests. It’s no longer the two of them in a special, symbiotic relationship—it violates something integral in Harriet; the part of her willing to give without expectation of reciprocity. She severs their relationship and leaves the country, only coming back for the launch of Blythe’s newest work. As Blythe finally enters the room—hours late, everyone waiting—Harriet considers this person who’s taken up years of her life. She does not turn to face her closest friend; instead, she looks at the watery image of her body reflected in a window. Listening to Blythe greet the crowd, Harriet thinks: “[she] spoke, and though I couldn’t hear the words, I heard the hunger in them.” It is the hunger of this relationship she finally distances herself from. The thing that drives her away is the knowledge that anything she gives will never be enough.

In friendship, toxicity hinges on an unequal balance of power. Groff’s candid look at how relationships burst through their boundaries makes us question what it means to assess another human being. What are we willing to give to a relationship? What will we take from it? In “Blythe” we see how dysfunction serves to mutilate necessary boundaries. It’s ruinous, but it’s a hell of a ride.