Home
»
Critical Essays
»
Transcribing the Self 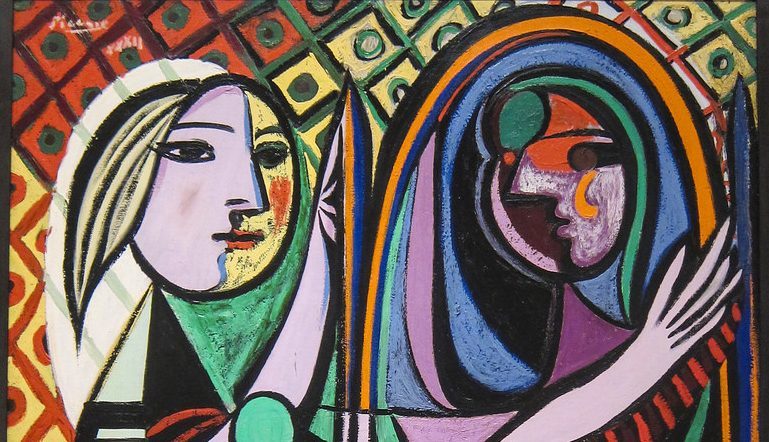 What is the role of the literary arts when the self is at its most porous? At moments of corporeal and emotional transition, how does writing entwine itself with acts of recovery and transformation? Across a spectrum of personal urgency and hybridized forms, there are models available to writers who know their selfhood to be in flux, and where there are no models identifiable, there are methods by which they might devise their own.

Though our sense of self is constantly shifting, there are nonetheless moments when we perceive ourselves as more explicitly serous. At such moments, these fluctuations feel more pronounced and emphatic, their effects more immediate and their ramifications more long term. Often, they compel us to consider afresh our position in the world.

In literature, this compulsion evidences itself in various ways.

Deborah Levy’s recent memoir, The Cost of Living, recounts the end of her marriage and the death of her mother, two events that cause a kind of insular collapse: ‘Femininity’, she now knows for certain, ‘is a kind of shoddy masquerade, an elaborate costuming of body and desire’ (as written in a recent Guardian article on the memoir). In the space this realisation leaves behind, she begins to undergo changes that—though not necessarily visible to onlookers—lead her toward a version of herself in a ‘post-family world’. In a shape-shifting text where time is fluid, writing becomes a tool in compartmentalizing how a new version of herself came to surface.

Maggie Nelson’s The Argonauts and Paul B. Preciado’s Testo Junkie are instances of a more explicitly hybrid memoir. Each threads subjective, lived experience with several strands of theory, ranging from Freud and Foucault to Wittgenstein and Butler. Nelson relays rounds of IVF treatment and how the resulting pregnancy reverberates through her body, foregrounding new considerations of the self and its boundaries. With a style more akin to a manifesto in which the lines between autobiography and theory are more clearly delineated, Preciado documents the nuances of his transitioning flesh as he applies testosterone gel. Each uproots the notion of a bounded self, exposing it is an anachronistic product of Freudian psychoanalysis.

Anna Banti’s lesser known Artemisia, published in 1953, also employs the act of writing in recovering an underlying or unrealized sense of self. Her sense of porosity, however, stems not from the body itself but from an exterior event, a bombing during WWII which destroyed her manuscript on the life of artist Artemisia Gentileschi. ‘Don’t cry’, a voice says to Banti, as she weeps over the ashes of her pages before eventually resolving to begin the book again.

Under the rubble of my house I have lost Artemisia, my companion from three centuries ago who lay breathing gently on the hundred pages I had written…. I begin to talk to her, without crying, beneath the ashes of the explosions…. she lowers her eyelids, as though to let me know that she is thinking about something and that she will never tell me what it is.

In her introduction to Artemisia, Susan Sontag tells us that ‘loss has made the author free to enter the book, talking to herself and to Artemisia,’ again alluding to this birthing of new forms out of necessity, a powerful compulsion toward inquiry. Whether the author is embarking on an analytic venture or knows themselves close to an irrevocable slippage, writing is drawn into the mire, called on to serve a role both on and off the page.

There are, however, writers for whom such experimental scope is not so accessible, for whom radical and hybridized forms remain treacherous. They are writers for whom language is still an active site of violence, holding as many snares as it does potential expressive devices. Faced with the necessity of voicing their narratives, they are also faced with expressing themselves with the same tools employed by persons and structures who do them frequent, pointed harm.

On the potential for language to erase as well as produce meaning, especially where it intersects with queer identity, Nick Hawikwa Mwalkuko reflects:

If anything, the multiplicity of labels is creating more queer spaces and making them queerer, but I wonder if it’s bringing us any closer. In other words, is more language a potential obstacle to deepening our queer connection? … Perhaps more language is emptying language of meaning, communication of connection.

The question, then, is how to counteract ‘language as obstacle’ and ensure that the literary arts answers to those of us whose stories are continually un- and overwritten, bringing new textures of expression into discourse.

Faced with a lack of identifiable or applicable models, how do the authors faced with these issues devise their own?

Like Banti, Travis Alabanza’s work comes from a place of urgency, and each is writing themselves out from underneath the actions of others who would do them harm. Rather than the framework of the Second World War, this harm materialises for Alabanza when they go out onto the street and use public transport: their poetry chapbook, Before I Step Outside (You Love Me), takes its content directly from daily experiences of harassment and violence as a gender nonconforming person, and their essayistic piece “A Note in My iPhone ‘Notes’ App on Friday the 17th of May” is again a kind of document of survival, a piece of writing with tight, sinewy connections to the present moment:

what else can this body say?

Can I turn around and say ‘yes, I am collapsed onto my bed because my bones feel inundated, Saturated, flooded with the words of my harassers’

Initially written on Alabanza’s iPhone, the transcribed text has had very little editing. The DIY, self-made aesthetic that shows its nuts and bolts renders the piece especially urgent: if writing does not happen right now, it may not happen at all, and it’s imperative that an utterance is made, a degree of visibility pushed out into the world.

The medium of text is interrupted and destabilised, the resulting text functions as an anchor, one that enables the author to recover their sense of self in the present moment. This approach feels deeply prescient in considering how the scope of literature might yet further expand. We must acquire methods we can topically apply, methods that are artistic and galvanising while serving a highly practical purpose, which is enabling an author to write themselves or a new version of themselves into existence, to write a societal awareness of themselves into existence.

At a time when new calibres of urgency and threat are appearing in ever-increasing frequency, it’s both tantalizing and daunting to wonder at the possible models to come, what they will look like and how will they arrive.