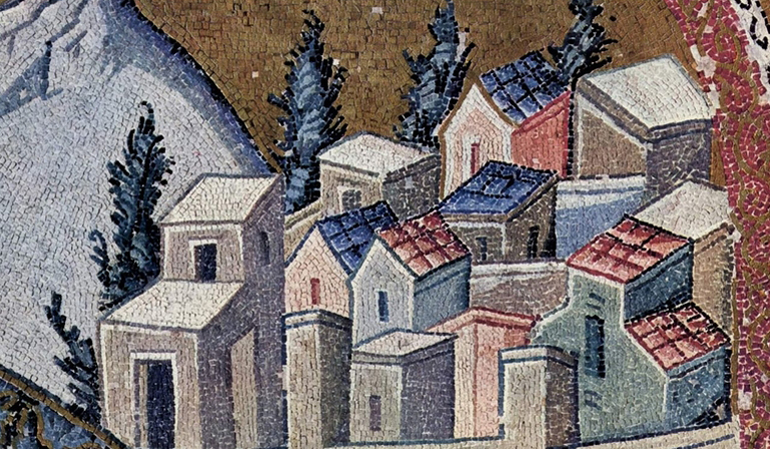 Dr. Aron Aji is a highly accomplished translator with a range of work under his belt, from Turkish writers that include Elif Shafak, Murathan Mungan, Bilge Karasu, and Latife Tekin. His translations of Karasu’s works in particular have earned him the 2004 National Translation Award and an NEA Literature Fellowship. He was short-listed for the 2013 PEN Translation Prize, is the president of The American Literary Translators Association, and is the director of the University of Iowa MFA in Literary Translation.

We chatted about how Aji’s background shapes his translation work, how Bilge Karasu subverts the stereotypical Turkish identity, and the internalization of exile. While most translators of Turkish literature have their own diverse background and interests, Aji’s soulful yet highly theoretically sound approach to his work comes through in our interview as well as in his translations.

Maria Eliades: You’ve mentioned previously in other interviews that you grew up speaking four languages—Ladino, Turkish, Hebrew, and French. That’s not a common profile for the translators I’ve spoken to, who are usually either native Turkish speakers, or more often than not, native English speakers who come into Turkish. A lot of them do relate to your experience of living through translation in their own way, like Dr. Erdağ Göknar, and you yourself have also translated a wide range of writers. Do you think your cultural background, particularly coming from a family that is minority in Turkey, has shaped your choices in translation, or do you feel that your translation choices have been more shaped by living away from Turkey?

Aron Aji: The answer to that question would have been very different if you had asked me twenty-five years ago when I started translating. At that time my choice was very much an existential one. I was feeling extremely separated from the language that shaped me. Now as I look back I feel that there is a certain mental state of translation, and I have inhabited that all my life, not only in terms of languages, but also in terms of how I live. I have always found myself in this liminal space, in this in between-ness. That’s my default space. In translation, you live vicariously through the experiences or languages of others.

I didn’t choose these authors because of their cosmopolitanism, though Elif Shafak and Bilge Karasu are very cosmopolitan. Murathan Mungan and Latife Tekin are more classically Turkish in their orientation. I chose these authors because I was quite frustrated that at the time Turkish literature was known overseas by Orhan Pamuk and little else. I admire Orhan Pamuk, but find his writing to be formulaic, especially the books that made him a world phenomenon. So I went looking for authors, like Karasu, to provide alternatives to Pamuk, and then I really fell head over heels with Karasu’s writing. That’s how it started.

ME: Karasu’s novel, A Long Day’s Evening, is so cerebral in a way that Pamuk’s novels aren’t. Pamuk’s novels are cerebral conceptually, especially if we think of The Museum of Innocence, where he’s trying to capture this certain era and these ideas, but it’s much more grounded in that time period than about ideas.

AA: Karasu taught semiotics at Hacettepe University, so he approached these questions philosophically. I think conceptual is okay, but I find that there is something rather escapist when you don’t inhabit the question. Karasu doesn’t let you out. He lets you stay in the question for hundreds of pages. Considering that some of the sections in his books are written five years apart, ten to twelve years apart, you realize that he has a dweller’s mind—tenacious, probing. He really wants language to finally reach a level of maturation and sharpness so that it can explain these questions, not necessarily even answer them, but to make them legible.

ME: It seems very appropriate then that Karasu chooses two Orthodox monks to be his main characters in the first two movements of A Long Day’s Evening, he’s concerned with exploring the question rather than explaining it. I grew up Greek Orthodox, and to me, to explore questions and to be stuck in the questioning fits with how the religion is. It struck me as curious, too, that as far as I know, most Turkish literature doesn’t deal with the Byzantine Era at all.

AA: Byzantium is very much the “matter” of his narrative. You probably know that his father was Jewish and mother was Orthodox. So he very much grew up saturated in those cultures. One of the most moving sections in his first book, Death in Troy, is set during a midnight mass, and it’s beautifully described, with keen familiarity. True, he draws from different cultures but is to synthesize them, to deploy their intrinsic perspectives in order to understand his central concerns more fully. When I read A Long Day’s Evening, I sense a great deal of Jewish mysticism as well as Byzantine monasticism. Probably because, in the end, all faith questions are gateways to a deep mysticism where the questions beneath the questions may become visible.

If you look at the back cover of A Long Day’s Evening, you’ll see that the historical Byzantium is foregrounded. That’s how Byzantium is typically perceived, whereas when you enter the book, you realize that Karasu is not writing a historical novel, although history is very much integral to the book’s philosophical exploration of certain key dualities—faith/doubt, freedom/loyalty, emancipation/exile, and so on.

Turkish identity has been very selective in terms of history. We have carelessly abandoned parts of our past, and jealously guarded others that were not always the right ones. People don’t come to Istanbul without noticing that it is very much a Byzantine city. It’s still a Byzantine city in the way it’s lived, the way it’s made out. We often talk about the so-called Ottoman enlightened position with regards to ethnic or religious diversity—but Byzantium was also that—a golden moment of intellectual and multicultural existence. The episode of iconoclasm, claustrophobia, and oppression described in A Long Day’s Evening is a dark chimera that gets unleashed when cities or cultures forget or deny their characteristic diversity and cosmopolitanism.

ME: I was really struck by the passage at the end of “The Hill” in A Long Day’s Evening. The monk, Ioakim, has been living in exile in Ravenna with this group of people who held onto worshipping with icons at the time of iconoclasm, and he says that on learning that iconoclasm was over, he observes that those around him also living in exile could not believe that this was the case. They believed that the news was a ploy to draw out those who still believed in icons and then to lock them away. He wonders if the death of Andronikos, another monk who had been tortured for his beliefs, “had been in vain,” but he decides that if he thinks in this way, that he’s “degrad[ing] . . . their legacy.”

This must be very common, that other political dissidents or even political or intellectual exiles feel a sort of survivor’s guilt once the war is over, but also they feel a sense of “Is it really over?” since it’s been their reality for such a long time. We can see the parallels in Turkey right now, but I was wondering if we could talk about permanent exile instead for an audience such as in the United States who might not be so intimately familiar with having to deal with it. Perhaps the only case where there is the memory of it in recent US history is with the Vietnam War. We don’t really talk about it at this point, but it’s also a thing that a lot of young Americans aren’t doing at the moment.

AA: In a way there is the added challenge that the US is a country of exiles, so we think of exile less as a state of perpetual uprootedness than as a choice that people have made to have a better life. In some ways is quite a simplistic and self-serving narrative. If anything, the more settled the immigrant gets in their new environment, the more acutely they experience their uprootedness—both in the new and the old country.

You internalize your exile. So in a way the process of internalization is at once a process of disappearance, and one of new articulation, a new becoming that you also inhabit, internalize, and accept, so you become an exile to yourself.

If I somehow decided not to live as an exile anymore, I honestly don’t know what becomes of Aron. So I translate so that I can live this question fully and deeply, and hopefully produce something beautiful in the end.

The one thing I want to underscore is that accepting exile should not lead to a sense of futility and inaction. I think we each have our own responsibility, those who feel cheerfully at home and those perpetually unmoored. That’s also key. Ioakim’s old idealism is nearly overwhelmed by a sense of fatigue, and futility. That’s also why Karasu doesn’t leave us with Ioakim at the end. It’s really critical to go to the last piece of the book, “Mulberries.” It may seem to describe much of the same old same old—wars, bloody carnage, oppression—but spring arrives in the third section. It’s the time of the mulberries, silkworms, which are all about renewal, labor, and beauty, and you can sense that the narrator’s joy is palpable in finding that nature does not allow futility. It cannot afford it.