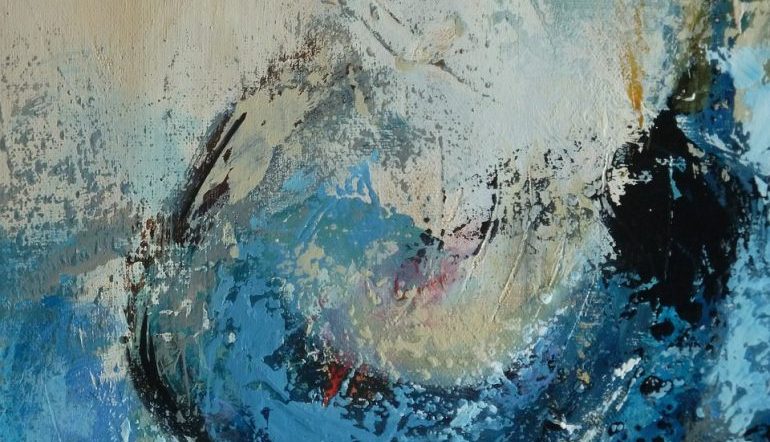 (Two Lines Press), his first to be translated into English, the opening lines come to us from the voice of the protagonist’s mother, Wakako. “I hated it. Detested it. I just wanted to get away as soon as I could.” For Takeru, his mother’s voice, filtered through memory, comes to him like “blades of grass … dry, sad, tired.” Identifiable but strange, the voice grows hoarse with darkness and silence the closer it comes into focus. Such can be said about memory in general (the collective and the personal) within Ono’s novel but also about the characters whose recollections haunt us, scene by scene, until the final blow.

The uncanny is largely what drives this story. There are fractals everywhere: ripples of things that once were and their eerie iterations in the now that manifest like tentacles in the fabric of Takeru’s life. From the beginning of the novel, the mood accompanying Takeru’s displacement—from his mother and older brother, from his native Akeroma suburb of Tokyo, and from his own lived trauma in the wake of his mother’s abusive boyfriend—can be summarized in the way he finds light falling on the village from which his mother came and in which he’ll be spending the rest of his summer with Mitsuko, one of his older relatives:

For Takeru, trauma is specific but timeless, vague yet omnipresent. It’s in this way that Ono preambles the arrival of Bunji, a ghost who mysteriously vanished on the village’s coastline (Lion Cross Point) decades prior but appears to and even communicates with Takeru throughout the novel. Bunji’s entrance into the narrative is conflated with the memory and unexplained absence of Takeru’s older, mentally handicapped brother. His arrival is a key marker of the dreamscape-like quality to the narrative, one in which Takeru himself questions what is real and what is supernatural.

It’s only after seeing a picture of Bunji on Mitsuko’s home altar that Takeru recognizes him and finds not only that Bunji is a distant relative but also that Bunji’s brother, Takeshi, holds a name similar to Takeru’s—after Takeru’s mother, Wakako, cut ties with the village, Mitsuko mistakenly believed Takeshi was Takeru’s namesake. The similarity turns out to be more than coincidental and alludes to the final scene of the book, in which we discover Wakako’s own relation to Lion Cross Point.

Girding this entire novel is what seems to be a single question: Does family (or community) exist without trauma? After all, trauma is what brings Takeru to his mother’s village. Trauma is also the conduit through which he accesses community, both alive and dead. To this end, there’s tension within the narrative between rural and urban Japan, as explored through the cultural rift between Takeru and Mitsuko and the way cosmopolitanism can sometimes interfere with familial trauma.

Takeru, having arrived from Tokyo with an FC Barcelona cap firmly planted on his head, is embarrassed when he first meets Mitsuko at the airport. She tries her best to accommodate to Tokyo Japanese, translated into English as quick, slangy, and heavily cadenced. Mitsuko does not trust credit cards lest they draw out too much cash. She’s like a fish out of water when away from her village. But once in her own fabric, she easily wins Takeru over by acting as psychopomp to Wakako’s past. And it quickly becomes apparent that not only is the rift in Japanese society between rural and urban but also between those who capitulated to Western society and those who didn’t, post–World War II.

For me, this novel is incredibly timely as we meditate on hegemony and this populist-nationalist streak that’s gripped the United States. Especially in light of the way certain generations of Mexican-Americans have capitulated to that, or not, in the face of anti-immigrant sentiment. I’m thinking of this novel a lot in light of ICE raids and split families and lost children.

Though definitely not written toward that idea, Lion Cross Point reads like an allegory for me, a kind of reminder of the danger of losing touch with familial or communal trauma, even as linked to diaspora. Of course, the comfort of individualism is in the idea that we might control our own destiny. Pushing past (or suppressing) trauma is not only important but also necessary to one’s survival in this kind of fabric—we might cut ourselves off from those who might weigh us down, but, in doing so, we might also insulate ourselves from the suffering of others (i.e., if I can do it then they can do it too, pull yourself up by the bootstraps, etc.).

But as this novel in part explores, trauma, though uncomfortable, is not necessarily “bad” in the Western sense. In fact, acknowledging one’s trauma can actually help you contextualize it as you connect to what it means to be human and, by extension, what it means to be part of humanity. Trauma, as part of the lived human experience, is important not only to the personal but also to the communal. Trauma, as manifest in the personal, is a fractal to the entire trajectory of one’s history and, by extension, one’s community. And the fallout of traumas in conversation with each other—familial, historical, communal, diasporic—is the pure truth. A kind of plumb line against which one might find grounding against the rifts that might cleave communities or nations.

To this end, the idea of assimilation or integration or individualization within the American fabric (never mind that those things can be contradictory to each other and whose conjunction is, in some sense, a game Mexican-Americans can never win outside of aspiring to whiteness) strips us, by design, of our humanity. It strips us of our empathy for recent immigrants, too, whose trauma largely mirrors the trajectories of our own familial trauma sometimes forgotten (voluntarily or not). And, in reading Lion Cross Point, I’m finding that it’s important for our traumas within the MexAm diaspora to be in conversation with each other. It’s important for us to ground ourselves in the idea that American individualism—its own kind of dreamscape—is a kind of lie that grows hoarse with darkness and silence the closer it comes into focus: an emotional form of violence at best and a physical one at worst.

Laced throughout Lion Cross Point is the trope of power play as derived through social constructs of superiority: between man and woman, urban and rural, wealthy and poor. But trauma is the tissue that connects all strata of society. And if this novel teaches us anything, it’s that trauma begets a richer humanity. Trauma breaks down those illusions we hold about ourselves and about others—those we can see and those we don’t know we can’t see yet.