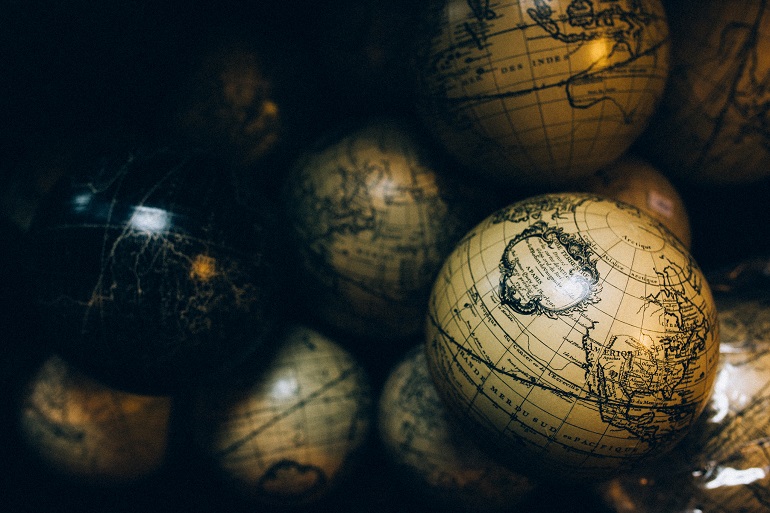 Within the international literary community, the group most aggressively working toward refuting the underlying inhumanity of the Trump administration’s travel ban is an international journal of translation, Asymptote. Its editor-in-chief, Lee Yew Leong,  lives in Taipei, on the other side of the globe from Libya, Somalia, Sudan, Syria, Yemen, Iran and Iraq—the seven countries placed on the original executive order refusing entry of those residents to the US. But the mission of Lee’s journal—to unlock the literary treasures of the world—has always transcended borders.

“My reaction [to the ban] was one of great outrage for those from the affected countries, and a sinking feeling that the America I knew (having lived there for close to eight years) was about to change forever. After a sleepless night, I sent out a mass email to the team proposing the feature,” writes Lee. “A journal of world literature can only be relevant to our global readers insofar as it engages with current issues of the world.”

The proposal: Asymptote is seeking out writers who self-identify as being from the seven countries on the first ban. (Iraq was removed from the revised executive order.) They are soliciting work, whether it’s poetry, fiction, or essay, that specifically speaks to the new administration’s policy. While American readers can access some reportage from these countries, Asymptote’s effort will provide insight into the immediate human experience of living in these countries, most of which have an active US military presence. The editors will also choose one standout work for a multi-translation initiative to take the work into languages besides English. The deadline for submissions is March 15th, 2017.

Asymptote and the Guardian have been publishing a feature called “Translation Tuesdays” as part of the newspaper’s effort to highlight literature from around the world. On February 14th, the column featured Iranian writer Mohammad Tolouei’s short story about an Iranian family whose father wants them to migrate to Denmark. The Guardian column will also feature new work from Asymptote’s spring edition.

“By leveraging these high-profile venues, we are going beyond merely issuing a statement to actually providing platforms of high visibility to the writers whose safety and dignity are now denied.  I envision the Special Feature as a benevolent force that rises up to counter the terrible divisiveness Trump wants to encourage, by deliberately amplifying the voices who have been ‘othered’ and by hopefully galvanizing some of our readers into action,” writes Lee.

The work will be published in Asymptote’s spring 2017 edition—an ambitious deadline that’s caused their team to rejigger its publication schedule.

Asymptote is a highly unusual journal. It began six years ago, the brainchild of Lee. It has grown into an all-volunteer organization of eighty people across six continents. It brings the world’s literature into English, a selection process which Lee describes as being curated for diversity without tokenism. Their contributors include some of the most respected writers and translators of our day: J.M. Coetzee, Ismail Kadare, Lydia Davis, Junot Díaz and Can Xue; as well as rising stars Deborah Smith, Amanda Lee Koe, Pedro Novoa, Valeria Luiselli and Youssef Rakha. The journal also relies on editors-at-large to seek out literary talents that they want to have translated.  So far, they have published work into English for the first time from one hundred five countries and eighty-four languages. In 2015, Asymptote won the prestigious London Book Fair’s Literary Translation Initiative Award.

While Asymptote has an acquiring editor in Iran, they do not have volunteers within the other six countries.

“If anything, this initiative has probably been good for us in that it forces us to confront our editorial blind spots and to reach out to writers from literary scenes that have not hitherto been on our radar,” writes Lee.

To read Asymptote is to be reminded: despite the daily bombardment of information that comes with an Internet-connected life, how little of the world we really experience and understand. Perusing its pages is a discovery of the remarkable in every corner of the globe. What makes it unusual, for me at least, is that underneath all the wonderful writing are urgent ideas that need to be heard by a global audience. To engage with Asymptote feels pressing as well as engrossing.

Lee has spoken forthrightly about the enormous challenges of funding such a journal. Most sources of money are offered for national initiatives, not an international one. The journal has existed on his and his team of volunteers’ labor, his personal investment, and an occasional grant.

The special edition has also pushed Lee to fundraise, not only for this edition, but also to address the long-term financing of this enormous endeavor, through an Indiegogo campaign which has already seen ninety backers contributing $13,151 toward its $30,000 goal. The deadline to contribute to this fundraiser is April 11.
Readers, across all borders, are welcome to check it out.
Tags:Asymptote, international writing, Lee Yew Leong, literary journals, translation