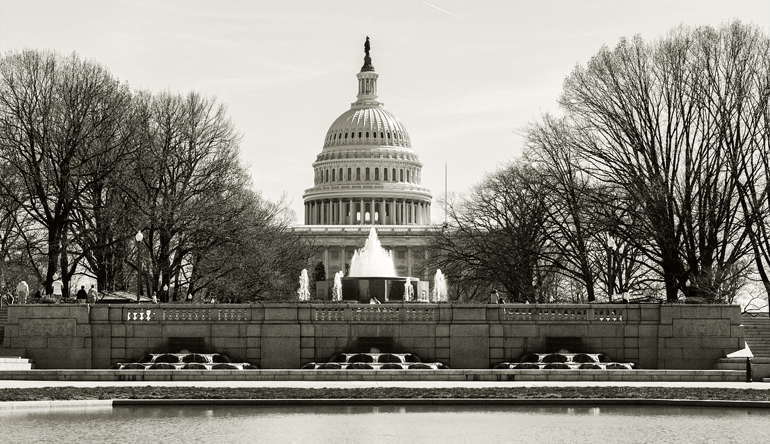 In late July, President Donald Trump appointed Jon Parrish Peede as the acting chairman of the National Endowment for the Humanities (NEH). Peede’s appointment comes at a time of heightened tension between the arts community and the Trump administration, as members of the President’s Committee on the Arts and Humanities resigned in protest, and the president opted to skip the Kennedy Center Honors rather than let high-profile artists boycott the event.

Peede joins NEH, one of the largest funders of humanities programs in the country, with significant literary experience, having previously served in senior roles at the National Endowment for the Arts (NEA) and as publisher of the Virginia Quarterly Review (VQR).

It is not uncommon for new presidents to appoint liaisons between the White House and federal agencies, particularly when those agencies are helmed by holdovers from a previous administration. Peede arrived at NEH in April as just such a liaison, contributing to the resignation of former chairman William “Bro” Adams, who was appointed by President Barack Obama.

Adams resigned in May, after the Trump administration’s budget proposal to eliminate the NEH entirely. Since then, Congress has pushed back, with the House Appropriations Committee approving a budget containing relatively minor cuts for the agency in late July. The stalled budget process will resume when Congress returns from August recess, with votes from the full House of Representatives and Republican-controlled Senate still to come.

As acting chairman, Peede, co-editor of Inside the Church of Flannery O’Connor: Sacrament, Sacramental, and the Sacred in Her Fiction, has full authority to lead the NEH, overseeing its seven program divisions and administrative offices, but does not face a confirmation process in the US Senate. During the Obama administration, the NEH was led by an acting chairwoman, Carole Watson, for over a year. An extended term as acting chairman could be the plan for Peede, as the Trump administration may seek to avoid a Senate confirmation battle rather than plunging headlong into the fray by nominating Peede or another candidate for a full four-year term as chairman.

No stranger to Republican politics, Peede, whose brother is an aide to Vice President Mike Pence, served as counselor to the NEA chairman in the George W. Bush administration. He later served as the NEA’s director of literature grants, overseeing federal funding for literary organizations and fellowships for creative writers and translators.

Since his appointment as NEH’s acting director in late July, Peede has overseen the distribution of a round of grants worth over $39 million, including support for literary programs such as the expansion of the Books on Bases program for military families and community readings on the two hundredth anniversary of Mary Shelley’s Frankenstein. This round of grant funding, announced on August 2, also included NEH Public Scholar awards, which support “popular books in the humanities,” including a history of modern Syria and a new biography of Sylvia Plath.

With a broad national reach and current annual budget near $150 million, the NEH plays a powerful role in shaping arts and cultural memory in the United States. Since it was founded in the Lyndon B. Johnson administration, the NEH has funded some seven thousand books, including more than a dozen Pulitzer Prize winners, and “Library of America editions of novels, essays, and poems celebrating America’s literary heritage.”

In a statement, Peede said, “NEH grants ensure that Americans around the country have the opportunity to engage with our shared cultural heritage” and praised “the power of the humanities to build connections, stimulate discovery, and contribute to vibrant communities.”

His words paint a different picture than the administration he now serves, which aimed to eliminate the very agency he now must lead. The budget cuts proposed by the Trump administration left the arts community aghast, and led to a furious lobbying campaign to preserve the NEH and NEA. With funding support from Congress, the NEH is likely to continue operations in the year ahead, despite Trump’s proposals, leaving intact, for now, a federal effort to preserve the cultural and literary heritage of the country.