Home
»
Critical Essays
»
Trump, Transphobia, and the Lessons of The Argonauts 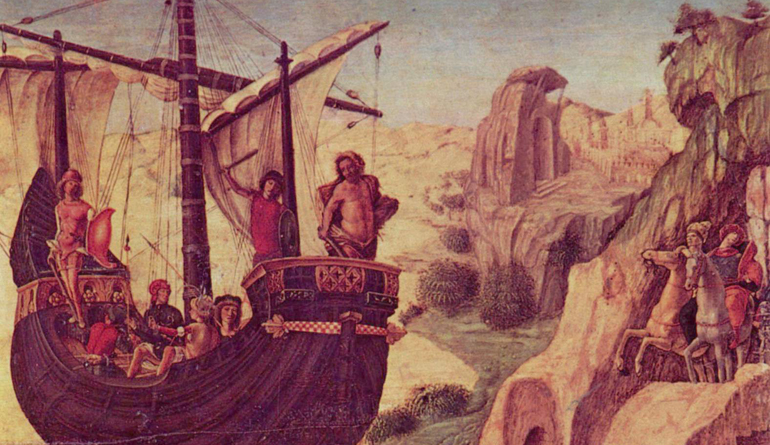 When President Trump announced a ban on transgender individuals serving in the military, he created a new vector in his administration’s hateful identity politics, a politics of sorting people into “us” and “them.” For the Trump administration, the identity politics of trans soldiers is a bit different from that of Muslims or Mexicans, two other identity categories Trumpism has bracketed as “them” to justify campaigns of directed hatred. Not only is any sort of vitriol directed at soldiers a classic violation of right-wing political correctness, but trans identities disrupt Trumpism in telling ways. While so much of Trumpist identity politics is about reaffirming, through repetition in the media, a caricature of what they are (Obama is actually a secret Muslim; the judge is biased because he’s actually a Mexican), trans individuals offend Trumpist identity politics in part because they don’t fit cleanly into a Trumpist framework of what they are.

The tension at the heart of this recent iteration of bigotry against trans individuals comes through profoundly in Maggie Nelson’s The Argonauts. For Nelson, who writes both movingly and perplexingly about bodies in flux, there’s an ongoing conflict between the impulse to categorize and tag, to render certain and ordered, and the possibilities—terrifying, constructive, beautiful, and transgressive—that arise when we stop categorizing and listen to the ineffable.

Nelson describes the experience of being pregnant while her partner is transitioning, reflecting on what it means and feels like to undergo bodily transformations mutually. As Nelson writes of her partner recovering from a mastectomy, on the same day the two passed through a mall and Nelson tried on at the maternity store “one of those gelatin strap-on bellies they have so you can see what you’ll look like as you grow big”:

Over and over again we emptied your drains into little Dixie cups and flushed the blood stuff down the hotel toilet. I’ve never loved you more than I did then, with your Kool-Aid drains, your bravery in going under the knife to live a better life.

This moment in the narrative impresses upon us both the necessity and the danger of categorization. We get the sense that motherhood is indeed a radical transformation, but also a symbol of stability and conventionality. The latter echoes in the image of the expecting mother trying on clothes and gelatin bellies in Motherhood Maternity. And yet Nelson also renders graphically—both in her description of her partner’s “Kool-Aid drains” and in her closing account of her own body in labor—what’s at stake for bodies in transition. The will to categorization, which would seem to deflate the radical potential of motherhood, is also present in Nelson’s partner’s brave decision to align his body closer with his identity “to live a better life.”

In the end, it’s the continual reaffirmation of fixed identity categories—however misapplied or inappropriate—that enables Trumpist identity politics. Ambiguity is a problem for such a politics. The pull of ordering and categorizing that Nelson both sympathizes with and questions is the very desire that Trumpism wants to tap into and exploit. Nelson’s incisive grappling with such “totalizing” impulses is illuminating not only for itself, but for our understanding of how Trumpist identity politics work.

The Argo, the mythological ship that the Argonauts continually restore and refashion without changing its name, is for Nelson a profound symbol of how we love and change while remaining under the same banner of selfhood, however ineffable is that identity. In this sense the function of the Argo is to describe an inescapable condition of being, particularly of being in and with a body. But the retention of the ship’s name after so many alterations also speaks to another inescapable condition, that of being apprehended and labeled for what one presumes we are.

In this sense the Argo’s relationship to selfhood in Nelson’s memoir is both metaphorical and metonymic, which is to say both about the sum of the parts and the stories of the parts themselves. A body is never just a sum, though identity categories can trick us into thinking this way. Yet the significance of a body is irreducible to parts. And we only compound the complexity of the relationship between whole and parts when we enter into loving relationships with others, who then become parts, with us, under the banner of the relationship’s whole.

Thus, when the Trump administration seeks to define trans soldiers as no soldiers at all, it seeks to codify the tragic presumption that identity is a fixed label reducible to some parts but not others, a banner we fly like warships passing one another with suspicion. Trumpism embraces this hypocritical understanding of identity politics, reducing “them” to implausibly narrow categories based on a selective reading of parts—genitals, immigration status, religious beliefs—while giving full-throated voice to an endlessly sympathetic and beautifully complex “us.”