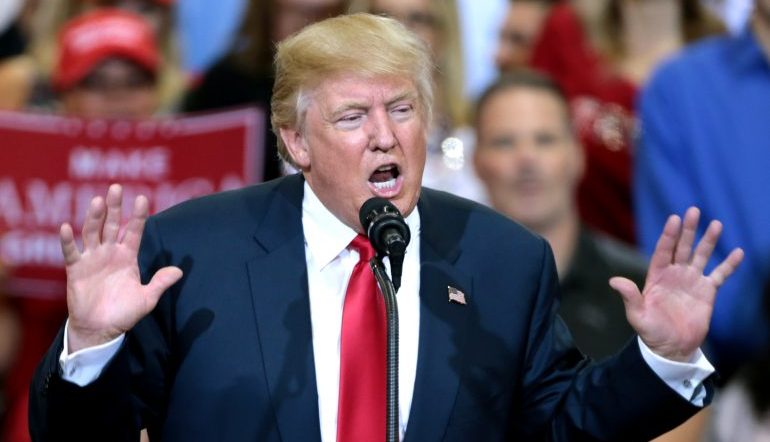 The effects of this year’s presidential election, exhausting and exhaustive as it was, will reverberate locally, nationally and globally for decades. This is true of all presidential elections, but the contrast between Donald Trump and Hillary Clinton could not have been more pronounced. The difference between the two was not just on policy or on the way they ran their campaigns, but the language they used in doing so.

Where Clinton used a language of inclusion and was lawyerly in her precision, Trump was vague and often non-sensical, but direct. It’s been pointed out how this election showed once and for all that Democrats and Republicans really do speak different languages.

The irony is that for all her exactitude, Clinton often sounded as if she was talking about types of people rather than actual ones. In her attempt to talk about everyone, she talked about no one. Trump was the opposite. His slogan—Make America Great Again—talked about no one, but his supporters knew what he meant and that he was talking to them. Even Trump’s name is a word that represents a winning card.

In short, Clinton sounded like a politician, whereas Trump did not. When Trump tried to formalize his rhetoric by speaking from the dreaded teleprompter, he sounded unnatural and emasculated. Pundits and consultants praised the professionalized Trump, blind to the reality that in 2016, a year in which voters demanded change, the difference between sounding like a career politician and sounding like your uncle after a few Yuenglings was the difference between defeat and victory.

Which is not to say that Trump won simply because of his word choice. A bevy of post-mortems notwithstanding, there is no one reason for Trump’s victory and Clinton’s defeat—even calling it a defeat is something of a misnomer since she earned more than a million votes than he did in the popular vote. Nevertheless, her loss was one of a thousand cuts. A short list of what did Clinton in might include these circumstances:

It’s not as if voters ignored Trump’s flaws. Throughout the election, polls showed his favorability was worse than Clinton’s (though his victory demonstrates the degree to which we ought to trust polls).

Simplicity in language has been utilized by storytellers since the written word was mass-produced. It was perfected by Mark Twain and Ernest Hemingway and more recently, by the likes of Cormac McCarthy. Simplicity’s power is undeniable and some think Trump’s victory should be celebrated as a return to the language of the every man or, at least, a rebuke of flowery rhetoric that conceals genuine meaning.

That would be a mistake. For to believe that Trump’s ascension is a victory for plainspoken rhetoric is to conflate simplicity with truth. Trump is a specific case. He is not of a type, though he is hardly the first politician to resort to straight talk (see John McCain circa 2000) or gutter tactics (see Richard Nixon in 1972 and many others). What distinguishes Trump is his relationship with the truth. Yes, it’s true all politicians fudge facts as means justifying their ends, but Trump is a fabulist of a spectacular sort. His choices of words don’t hide his psyche; they reveal it. In a recent cover story, the Economist blamed Trump for debasing our discourse and, by extension, our democracy. Trump’s lies are so frequent that it’s difficult to tell whether he lies on purpose or that what he believes is just wrong. One fact-checker tracked that Trump lies seventy percent of the time. Clinton, conversely, was at twenty-six percent.

That such a prolific liar is now president is justifiable cause for alarm.

Just as troubling is the acknowledgment that millions of people who voted for Obama, with his obvious love of the written word, also voted for Trump.

Only the annals of literature could create a character as confounding as the American public. Which is why it may be left to a novelist to make sense of this election.