Home
»
Reading
»
Truth & Dread: Why Poetry Still Matters & The Risk of (Too Much) Empathy 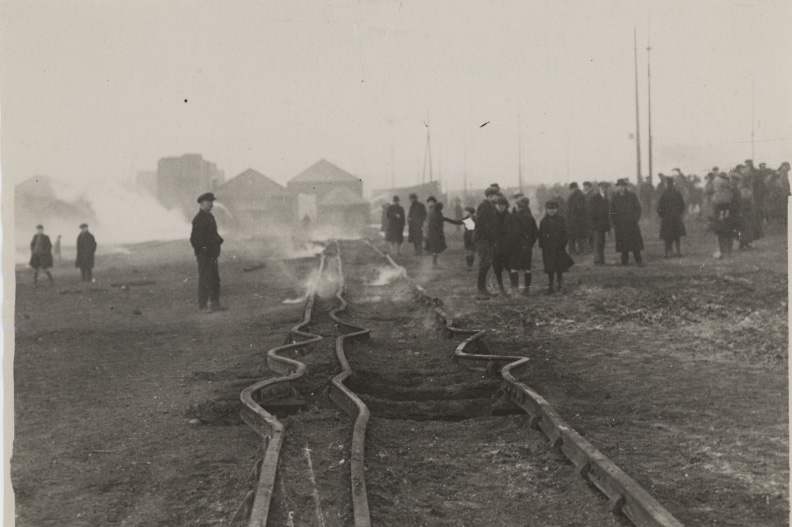 Every year or so, mainstream media outlets circus-bark the “death” of poetry. Step right up and watch its last gasp, they seem to say. If the question is whether most Americans are reading poetry, the answer is—I won’t sugarcoat it or fudge the numbers—“no.” My mother doesn’t read poetry, unless it’s mine. Does yours? The guy sitting next to me on the plane who asks me what I teach doesn’t read poetry. A colleague in psychology tells me in the faculty copier room, “I don’t like poetry,” and then, thinking better of it, “Well, that’s not true—I just don’t understand it.” The 2012 Survey on Public Participation in the Arts reports that only 6.7% of the American public reads poetry with any regularly, and, yes, CNN in 2015 claimed that poetry has “receded to the far, dusty corners of popular culture,” and, yes, newspapers, unlike fifty years ago, hardly ever print poetry and, yes, if you went out onto the street and asked Joe Schmo if he could name a contemporary poet or recite a poem, you could bet he wouldn’t be able to.

In the wake of the 2016 presidential election, The Atlantic reports that many poems were shared across social media platforms, racking up millions of views, in effect going viral. Most of the poems were those that offered a community of grief about the state of the nation and the victimizing, hate-filled rhetoric seemingly—but only seemingly—legitimized by a certain campaign and the election’s outcome. One of those poems was “Good Bones” by Maggie Smith, originally published earlier this year by the online journal Waxwing and republished later as a broadside by Tupelo Press. The poem previously went viral after the mass shooting at the Orlando nightclub Pulse in June. “The world is at least / fifty percent terrible, and that’s a conservative / estimate,” Smith writes, “though I keep this from my children.” In my Twitter and Facebook feeds in the days following November 8th, I saw the poem again and again, shared by friends and fellow writers and even celebrities. Other poems found there way through my newsfeed: “What Kind of Times Are These” by Adrienne Rich, “our country moving closer to its own truth and dread, / its own ways of making people disappear”; “You’re Dead, America” by Danez Smith, “tomorrow, i’ll have hope. // tomorrow i can shift the wreckage // & find a seed”; “Saguaros” by Javier Zamora, “When the trucks left, a cold cell swallowed us.” But why is this important? Why should we pay attention to the poems that are going viral, that are becoming a part of Americans’ lives? We should pay attention because poems ask us to pay attention.

“The humanities is the only set of traditions—and the arts, the humanities understood broadly—is the only set of traditions that we have that educates the soul,” Junot Díaz writes. The arts offer us commiseration when we are sad, bolsters our joy when we are joyful, allows us, like dreams, to process the day’s problems through the figuration of conflict. But, the arts do more than simply feed our souls.

“Literature makes other people more real to us,” Mark Doty says in a 2008 lecture at the Key West Literary Seminar. Through reading, we imagine the lives and experiences of others, and they, in turn, become shared experiences, imaginatively lived memories. Each point of view allows this: the first person “I” becomes one’s own; the second has us play act a role; and the third challenges us to project ourselves into other characters or, rather, to project the characters into ourselves, to do the work of relating to those characters, no matter who they are. Through this, we might say, literature allows us to practice acts of empathy and understanding. Literature argues that critical thinking is empathetic thinking. Literature, if approached with an open mind, allows us to practice acts of understanding—and, yes, they are actions—so that we become better at doing these in our own lives. Imagining the internal lives, motivations, and struggles of a poem’s speaker allows us to better imagine those of our neighbors, our partners, our opposition. By reading, we become more adept at reading the world.

I mean this quite literally. Again and again, scientists have shown the effects of poetry on our brains, the way it stimulates regions associated with memory and emotion. Whenever one encounters something something in the world—an object, an action, a word, the smell of gardenias, the few bars of music—our brains attempt to reconcile it with our memories so that we can recognize it. The act of reading poetry does the same thing. “Regions of the brain linked to memory showed more activity …while reading poetry,” Gabe Bergado writes, summarizing the findings of University of Exeter researchers, in “Science Shows Something Surprising About What Reading Poetry Does to Your Brain” for Mic. In general, we understand the world based on our experiences in that world and our abilities at making connections between our experiences and those of others. In reading a poem, we are actively scanning our memories for comparable experiences—we are making connections between our lives and that of the speaker, narrator, or protagonist.

The problem with this idea of empathy as literature’s—indeed poetry’s—reward is that not all of us allow our internal lives, our reading lives, to shape our lived lives. We compartmentalize. We say that reading is entertainment, poetry a whim, literature art, which is often made other, elite, out of reach by many of our cultural institutions. We silo off the lessons learned for literature as only relevant to other literature, to our imaginations of our lives, not the reality of our lives. We can enter into the mindset of a character or a speaker because it is an artificial reality, it is augmented reality that, at a functional level, asks us to do so. Our neighbors don’t necessarily ask us for empathy, to project feelings onto them. Our partners don’t necessarily want to be read like a book. The poem asks us to understand, asks us to enter the speaker’s mind. The person often does not.

Can the act of empathy, learned from literature and poetry, become an act of appropriation when we take it to our lived lives? This is a question I haven’t been able to answer. Each of us is not a sun around which others revolve; we cannot, like black holes, pull everything into us without risking erasure, of others, of ourselves. Perhaps more than the practice of empathy, poetry offers us the opportunity to listen, and not just in the way that it appeals to the same areas of the brain music stimulates, and not just in the way that we can hear the cadence and rhythm and sounds of poetry. Perhaps poetry offers us the opportunity to hear its many speakers, to not so much as internalize each of their voices and experiences as to confirm them, to say, you are you, you are a voice, I hear you.

And so I call on each of you to recognize the sovereignty of the poem’s voice, that we have no ownership, as readers, over a poem, and to see why it matters that we make this distinction, that we say, yes, I am practicing empathy, but I am also not consuming the poem, the poet, the voice. Reading poetry should also be about learning boundaries, about learning a way to meet the voice, not talk over it.

Tags:"Good Bones", "Saguaros", "What Kind of Times Are These", Adrienne Rich, Danez Smith