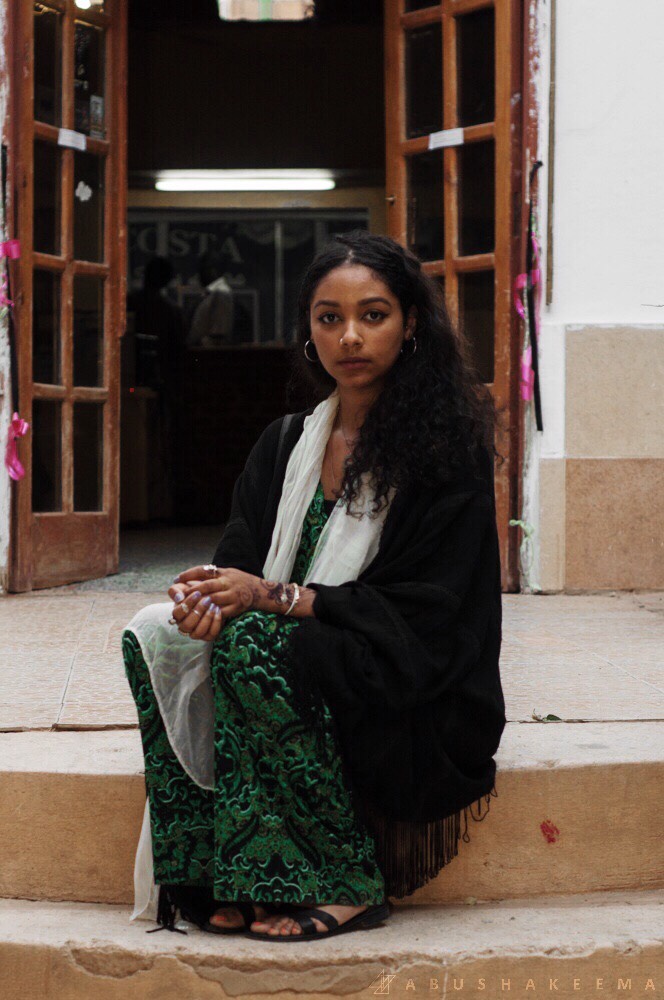 Safia Elhillo’s poetry came into my life through performance. Last year, I had occasion to take Baltimore teenagers to several of Elhillo’s readings. We were hooked, searching for her performances on YouTube, watching for announcement of her next reading. In January, Elhillo’s debut collection, The January Children (Sillerman First Book Prize for African Poets / University of Nebraska Press), brought her poems to my doorstep, and many others, as it became Amazon’s top new release in African Poetry. I had the chance to chat with Elhillo about her collection and to discuss what it means to be a writer during this shameful moment in American history.

Patrice Hutton:  I’d love to hear about how you started addressing Abdel Halim Hafez in your work.

Safia Elhillo: My work, for the most part, has always been fueled by obsession—in moments when I’m not actively obsessed with something, I find it very difficult to write. Abdel Halim is the most recent in a long line of obsessions, which include maps and the rapper Ol’ Dirty Bastard.

The Abdel Halim thing started during my first semester of grad school, where I was living in an apartment by myself for the first time (having always either lived at home or had roommates), and I was feeling very far from home and reaching for things that reminded me of the feeling of being at home. Sudanese incense, Arabic music, curtains from my mom’s house, old seasons of Arab Idol, all that. And of all the music I was surrounding myself with at the time, I kept finding myself going back to Halim. The whole tragic heartthrob thing—I’m very into that, haha. And a lot of his song lyrics are Nizar Qabbani poems set to music, which immediately sent me down a Google rabbit hole. And from there I got into researching his life, watching the biopic several times a week, noticing when Arab Idol contestants would cover his songs. I was so far gone, honestly, there was no way I couldn’t write about him at that point. I decided to start writing about him even before I found all these intersections with my own experience, before I even found any real entry point. It really was just that I was obsessed, and couldn’t write about anything else until I resolved this obsession.

PH:  I’ve seen you perform twice—when The BreakBeat poets performed at Johns Hopkins and then at last year’s Split This Rock Festival. Could you talk about how the thought, the understanding of performance factors into your writing process?

SE: I don’t think it’s really a conscious process for me, in that it’s how I’ve always written. I edit for sound just as much as I edit for diction or syntax or anything—it’s as much an element of the work as the words themselves, I think. And I think there’s historically been a sort of problematic distinction made between “page” and “stage” poetry, and that distinction is often raced in a super problematic way, where poets of color in general and black poets in particular are often labeled as performative rather than literary, and that bores me to no end, honestly.

On a more micro level, a poem I’ve written doesn’t feel like a poem of mine until I’ve heard it aloud in my voice. During editing, that also helps me catch things that are phrased clumsily that I would not be able to pick up just by looking at the words on a page. And I think music, and musicality, is such a part of poetry, and performance is really just harnessing that and being intentional with it. My dear homie Angel Nafis said it better than I ever could: “Anyway, you can call me spoken word or hip hop or whatever the fuck makes you feel better about the fact that no one falls asleep when I read my poems.”

PH: I saw a photo of a sign you carried at rally that read, “Unapologetic Black Muslim Sudanese American (This Is My Country Too).” Seeing these words together took me to The January Children. May I ask what it has been like for your book release to coincide with this moment in America?

SE: I haven’t really had time to fully meditate on this particular moment as it relates to my work, because it’s all been happening so quickly and intensely that I’m honestly kind of in shock. My Sudaneseness has always been so central to the way I identify myself, and to the work I make. And, you know, I’ve already been a Black, Muslim woman living in the United States, so it’s not like there was any scarcity of things making me feel unsafe here as it is. So now I guess my Sudaneseness gets added to the list with everything else. It’s just very jarring to see this list singling out countries whose people are unwelcome here, and that my entire family happens to be from one of those countries. I’m born here, in the US, so technically I guess that’s supposed to mean that I have the right to be here, but it’s hard to want that if my family can’t be here, too. And it really just emphasizes all the questions I’ve already been grappling with this whole time, like, if my place of origin isn’t home, and my place of birth isn’t home, then what am I supposed to do? Where am I supposed to go? Is a place where my loved ones and I can be safe and untargeted even a geographic, political reality, in this moment? And if it’s not a reality, okay, but is it a possibility? Where is it? I’m just, you know, having a hard time. My work has always come out of that space of questioning and discomfort, so I guess this moment is just a more extreme version of the smaller moments that made The January Children.

PH: At what moment did poetry begin for you?

SE: I don’t have a clear moment of beginning that I can think back to. I’ve always been around poetry—my maternal grandfather is a poet, my aunt is a poet and playwright—so it was always an understood way that the people around me were expressing themselves. Most of my early writing was for school assignments—in particular I remember a poem in the third grade, about a cat, written in the shape of a cat, and a poem in the seventh grade for an assignment where we had to summarize a chapter of The Odyssey as an original poem (mine was about Nausicaa). I didn’t keep a diary or anything, so for a long time poetry was exclusively academic in that way. But a few years into high school I got involved in slam, and I guess I could say that was when poetry became something I thought about every day in some way. I was on a slam team all the way through the end of college, but it stopped being fun for me and wasn’t giving me the space or time to write the poems I actually wanted to write, so I don’t slam anymore but also can never discredit its role in making me a poet.

PH: For those of us who are grateful to have The January Children in this moment, what other poets or collections can you recommend?

SE: I’m reading and rereading Ladan Osman’s The Kitchen-Dweller’s Testimony and Kaveh Akbar’s Portrait of the Alcoholic on a kind of loop these days, as a kind of ritual.