Home
»
Uncategorized
»
Unfiltered Access: An Interview with the Editors of Barrelhouse

The folks over at Barrelhouse are keeping busy. There’s the journal, of course, but now they’re also in the book business, the podcast business, and the literary event business. Just over a month away from the annual Conversations and Connections conference in Philadelphia—which will feature a keynote address from fiction writer J. Robert Lennon—I talked to Barrelhouse fiction editor Mike Ingram and nonfiction editor Tom McAllister (who also co-host the popular Book Fight podcast) about the conference and other happenings in the Barrelhouse universe.

Ian Stansel: Tell me about Conversations & Connections. What’s the goal of the conference? What do you want attendees to get out of it? 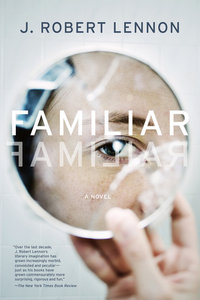 Tom McAllister: The primary goal every year is for people—both panelists and attendees—to leave the conference feeling energized and excited to write. And the reason we’re so proud of our conference is that we consistently get feedback saying this is exactly what happens. We try to establish an atmosphere that’s welcoming and lighthearted, at the same time as offering real useful advice. That comes in the form of the three sessions of panels and craft talks, which are geared less toward theory and more toward practical advice; by the end of the day, everyone ought to go home with at least one specific technique or idea they can apply to their writing that day.

We try to have a good variety in our session offerings: experienced writers can still get a ton out of a craft session on hybrid essay forms with Paul Lisicky, for example, while writers who are just starting out are likely to really get good advice during our What Editors Want panel.

And the speed dating is helpful for everyone. During that portion of the day, attendees show their work directly to lit mag editors and get feedback on the spot. This is a hectic part of the day but it’s also exactly the kind of thing a lot of people want: direct, unfiltered access to the editors who are making decisions on their work.

There’s also the Barrelhouse editors’ favorite part: the boxed wine happy hour (sponsored by Submittable). It’s a full hour of booze and snacks during which people can speak to the panelists, get books signed, or just be regular people and get to know one another. Usually, we end up leading a convoy of people to a local bar for food and drinks after that too, and it’s really cool to see how many people, after a full day of conferencing, just feel like hanging out longer and being around other writers.  Because, let’s face it, writers can be exhausting sometimes.

Mike Ingram: I’d just add that community is an important aspect for us—writers and editors getting to meet each other and mingle and share ideas in a relaxed atmosphere, rather than the typical conference dynamic, where whoever’s up on the dais blasts their wisdom out into a mostly passive audience.

TM: One thing I didn’t mention—the value. It’s a lot cheaper ($65, $55 for students) than many comparable conferences, and the fee includes more than just entry. You get a book by one of our featured small press authors, a 1-year subscription to a participating journal, 1 ticket to the speed dating, AND the wine and snacks at the end of the day.

IS: What are a couple of the events each of you is looking forward to?

TM: I feel badly that neither of us is going to say anything about the poetry sessions, which are run by great people (Zach Savich, Natalie Lyalin, Michelle Taransky, Catie Rosemurgy, et al.), but I’m just not a poet so my focus is on the prose stuff. Two that I’m particularly into: a non-fiction panel on writing about traumatic or emotionally difficult subjects, featuring memoirist and n+1 founder Marco Roth, the excellent reporter Tara Murtha (who has extensively covered guns and the horrifying Kermit Gosnell case), and essayists Marissa Landrigan and Amy Butcher (go read this essay by Amy now). This kind of writing is an incredibly important skill for people working on memoirs and personal essays, and so many people do it really badly.

The other one: Sarah Strickley’s craft session, “This Is Your Brain on Fiction: What Cognitive Science Can Teach the Fiction Writer.” It seems like a really unique, but still practical, approach to thinking about stories.

MI: The thing I most look forward to is probably the “speed dating,” where a bunch of us editors read and comment on attendees’ work in brief, one-on-one sessions. It’s exhausting, but I always really enjoy it. I think it’s probably nice for writers to be reminded that editors are actual people, and it’s nice for us editors to also be reminded that there are real people behind the submissions we’re reading. Last year, someone said, “For an editor, you actually seem like a pretty decent person.” So I count that as a real win.

IS: What’s going on over at Barrelhouse Books? What differences have you found between publishing books and the journal? 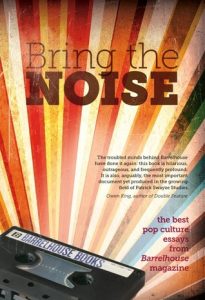 TM: We’re still in the early going with Barrelhouse Books. Our first, Bring The Noise, printed in April, our next book is coming soon, and we’re reading submissions for book #3 right now. One of the biggest differences may be the budget; we’ve been talking about printing books for a while but didn’t want to start until we knew we were financially stable enough to really do it right. So we’re able to do more exciting and innovative stuff with design than we have been able to with the journal. The other small presses out there have really set the bar high with cover design on their books—and, frankly, I think that’s something small presses do significantly better than the big ones—so we want to rise to that challenge. It also allows us to pay the authors a bit, distribute to more places, and all the other business stuff.

MI: Our first book, a “best-of” nonfiction anthology with a few new pieces, was kind of a trial run to figure out how book publishing worked, so now with our second book (Lee Klein’s Thanks and Sorry and Good Luck) we feel like we’ve learned some things that will make that launch a bit more efficient. One difference is distribution. We have distribution deals for the magazine that put us in select Barnes and Nobles and also a number of indie bookstores, but we had to seek out a new deal for the books line. We’ve now signed on with Small Press Distribution, so as soon as Lee’s book is available it’ll ship out to a bunch of stores.

Another difference might be the editorial process. With Lee’s book, we essentially solicited that work from him: it had existed in various chunks online, and we thought we could pull it together and shape it into a whole. I’ve been working on him with that one-on-one, and the other editors are just trusting us to do a good job. So there’s a little less collaboration than with the magazine. For our next book we actually held an open submission period, and a couple of the other editors are right now reading through those submissions and whittling down finalists, which we’ll all read and weigh in on. I’m guessing that process will be tweaked and refined as we continue to figure things out.

IS: Your “Book Fight” podcast has developed a real following. What do you hope your listeners are getting from the program?

MI: I’d become a fan of podcasts generally and had gone out looking for shows about books. There were a number of them, including a couple I liked, but they were pretty staid, kind of in an NPR mold, or they were straight author interview shows (like Michael Silverblatt’s Bookworm, which I really like).

I had this idea in my head for the show I wanted to listen to, which would be a smart discussion of books and literature and writing but with a sense of humor and a relaxed, conversational quality, the kinds of conversations I was having regularly with my writer-friends at the bar. If that existed, I couldn’t find it, so I started thinking about making it. I sort of pitched Tom on the idea, and I think his first question was, “What’s a podcast?” But then I gave him some to listen to, and convinced him we could make our own. So my hope is that translates into an audience: if I wanted this particular kind of show and couldn’t find it, there must be other people who would be into it, too?

TM: The big thing we want is for people to have fun. There are plenty of lit podcasts out there, but when we started, we didn’t think there was another one that offered quite what we wanted to do, which is, essentially, to replicate the kinds of conversations writers have in bars when they’re hanging out with other writers. Which means we’re sometimes profane and prone to tangents, but also we’re really passionate about the books we’re reading, and things are kind of loose.

I hope we say smart things about books and writing too—although some Mondays when I listen, I worry that mostly it’s just Mike saying smart things while I’m complaining about stuff—and I hope listeners appreciate the way we try to be very open about our own struggles and anxieties as writers. I really enjoy recording every week, and I think that translates to the show; it’s a place where people who care about books are given permission to have fun while talking about them.

Conversations and Connections will be held on Sepetmber 28, 2013 at the University of the Arts in Philadelphia.