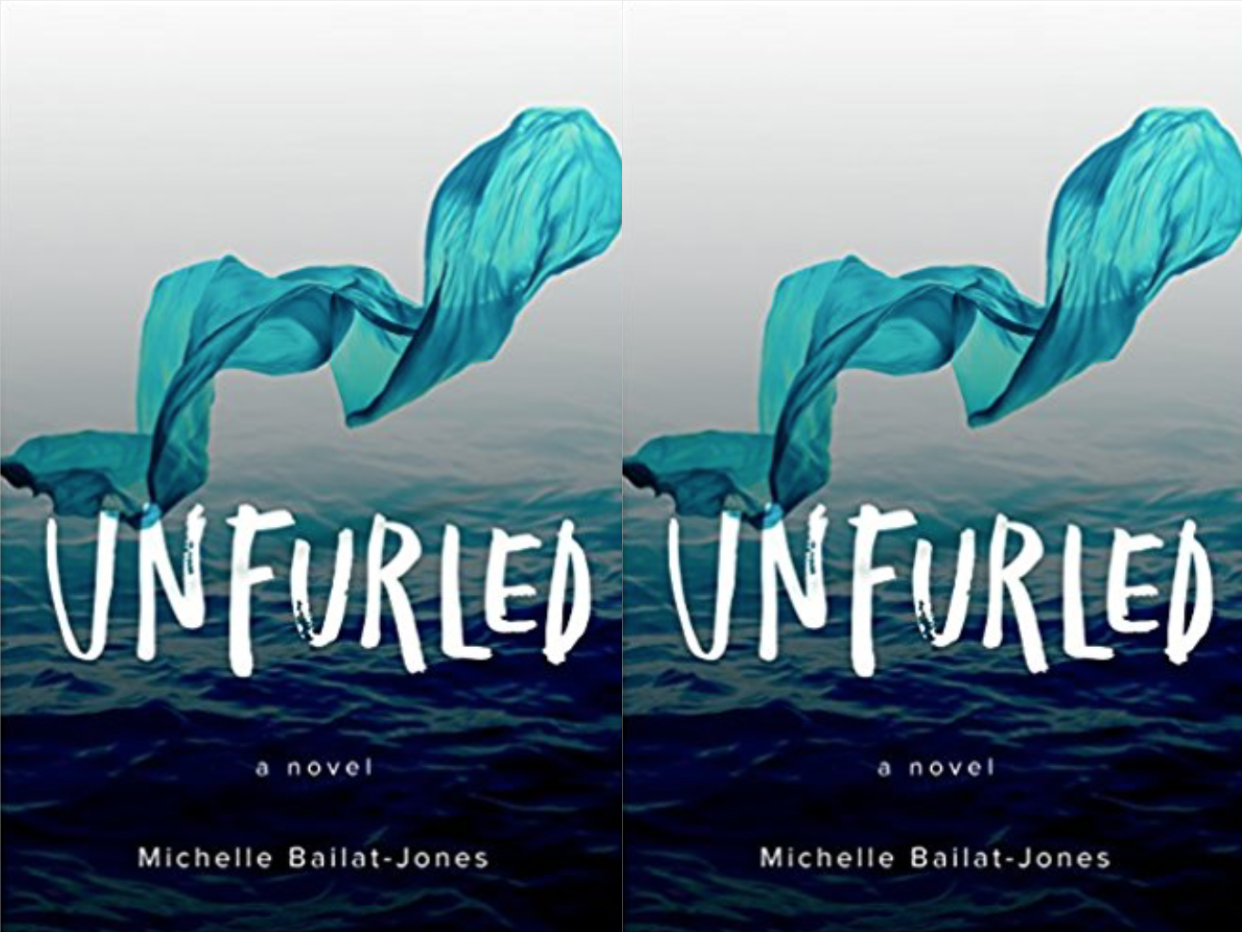 In Bailat-Jones’ compelling second novel, an adult daughter, Ella, grapples with her father’s sudden death and her discovery that her mentally-ill mother, who disappeared when Ella was ten, is alive. Bailat-Jones’ first novel, Fog Island Mountains, won the Christopher Doheny Award from the Center for Fiction and Audible.

In Unfurled, the reader is pulled forward in short, well-crafted chapters that simulate the rough-and-tumble journey through shock, grief, and the revelation of knowledge that the narrator initially rejects—that her mother survived and was in touch with her father.

The action begins when Ella, a veterinarian, is on her way to a farm to assist with a dog breeder’s emergency. During the drive, she has her last phone call with her father, a ferry-boat captain in Seattle. Their intimacy is drawn deftly with this call, and the book’s opening line signals its end: “Neither of us realized we’d been living in a borderland all that time, a place where the rules are too often unspoken, never declared.”

To protect his daughter from her mother’s illness, father and daughter co-created an imaginary world in which he captains a sailboat (not a ferry, the vehicle of his day job), and when he dies in an accident later that morning, that world collapses. The drama of the book is primarily internal as Ella wrestles with the story that she has told herself in order to survive, the story that her father encouraged to keep his daughter safe.

At the farm, just before her father’s death, Ella has to euthanize a mother dog, and she is angry that the breeder bred that dog at all, given her genetic weakness and the fact that she ate her own pups.

In flashbacks, we discover that Ella was held captive by her mother’s madness in her childhood—these chapters and memories provide just enough information without overriding the forward movement of the plot.

Bailat-Jones skillfully interweaves Ella’s angry grief, necessary responses to her father’s death, and her need to seek more information about her mother. She finds, first of all, that much of her father’s life was hidden from her, beginning with an island cabin and a stack of letters.

I see the boxes and those strange items in the chest. The purple scarf. I feel my anger bubbling up again, the thought of this trade. The disorder of my mother for the quiet of my father. But that’s not even right. Because the sides don’t match up—my father’s lies for my mother’s mess? I don’t want that. And George should be mad about this, too. Instead he says, “What was there? Anything?”

“Nothing too interesting.” I am unable to keep my voice gentle, disinterested. “Fishing poles, dishes, some magazines and seashells.”

He pulls air in through his teeth. “You were his life, Ella.”

“One of them,” I say. “Let’s keep things straight, I was just one of his lives.”

The stakes increase when Ella confirms her own pregnancy, which puts her head-to-head with her fear of carrying forward a gene that causes mental illness, something that she disapproves of when it comes to dog breeding, and now reacts to in her own life. If her mother’s mental illness defined her childhood, does she dare risk affecting the next generation?

The reader feels the narrator’s intense inner pressure, her anger, and her inability to accept comfort and love. Her husband is marginalized as she continues her quest for answers about her mother, even as he presses in on her with his concern.

The narrator’s intercut between what is real and what is illusory is primarily accomplished with the short chapters that jump in time and place. But there’s a deeper structure that becomes apparent when at the end of the novel Ella is called again as a veterinarian to intervene with a birth—and the reader knows for certain that they are in the hands of an accomplished artist with this reprise.

In the end, this taut and well-crafted novel resolves the mystery of the mother’s mental health situation, capping a jagged journey with a new truth. The novel more than succeeds at portraying how mental illness involves all the members of a family in an accessible and poetic style. Unfurled deserves a wide readership and many accolades.