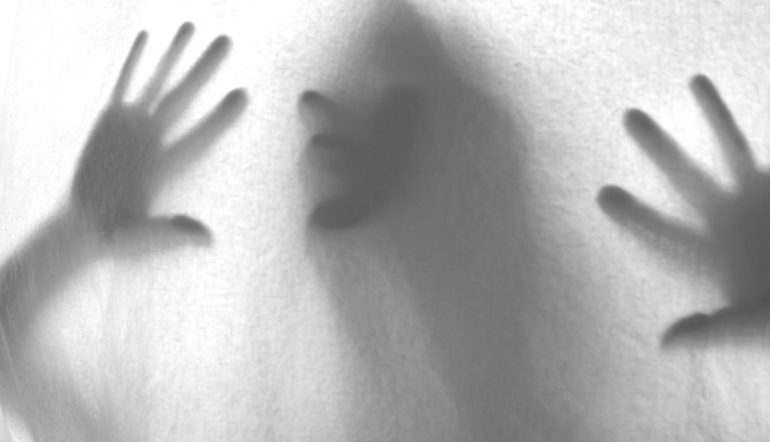 When it comes to women in traditional domestic fiction, likability hinges on selflessness. While men in these types of stories are allowed agency over their comings and goings in a household, women are expected to continually give of themselves: bodily, spiritually, and emotionally. Their time is never their own. When female characters behave outside of this cultural norm, they’re dubbed “unlikable.”

Alissa Nutting’s “Daniel” showcases one of these traditionally “unlikable” characters and asks us why we persist in making women give up everything to play these roles. Nancy, a wife and mother, isn’t nice. She’s not kind. She actively dislikes her husband and her child. But we find empathy for Nancy as the story unfolds, because Nutting pushes the motif of life-draining family to its figurative limit: Nancy’s son is a vampire.

The story opens on Daniel’s birth. Nancy’s labor pains are juxtaposed directly against the death of her beloved dog: woozy from blood loss, she directs the paramedics to the dead Labrador poking out from beneath a sheet in the kitchen. Readers know immediately where her priorities lie, and it’s not with her baby. Nancy thinks it’s possible that the reason her son Daniel is “tainted fruit” is because of her poor choice in husband, comparing their coupling to “reaping … [a] poorly sewn field.” Nancy’s husband is just another drain on her life and happiness. He gives nothing back.

At fourteen, Daniel sleeps during the day and stays up all night. The dentist acquiesces to his demands and provides sharpened veneers for Daniel’s canines. Daniel wants a bat house from his parents as a birthday gift. But long before her son’s descent into vampirism, we understand she feels her life is being sucked from her. Nancy repeatedly references a trauma that occurred during her labor, but she dodges any specifics about the event other than the fact that she won’t discuss it. She admits to blood and pain. Death. We get all the physical notes, but none of the emotional trauma. The specific details are frustratingly hazy, buried beneath a mountain of antagonism.

Nancy refuses to take responsibility for the damage inflicted on Daniel over the course of her labor. She is miserable in her situation; unable to see how she might alter it other than through attempting to control the household. Daniel’s vampirism revolts Nancy. She doesn’t understand why he chooses to behave abnormally, which makes her living situation even harder to handle. Her husband is a bland nuisance she’s able to disregard – she has even cut him off from sex, disallowing him to “take” from her in that capacity – but Daniel’s wildly “other” behavior makes him impossible to ignore. Interactions with her son cause her to think back more vividly about the event in the kitchen, revealing that part of what occurred had nothing to do with his birth, but was the trauma she’d inflicted on herself:

After all, she knew more about the body and magic, and blood, than Daniel realized. She could still remember the pleasant surprise at how much of it there had been, the lifelong hidden well she had tapped the day she’d cut herself. She’d meant to disappear, but instead found that the trick was on her: she was the hat they’d pulled a rabbit out of.

Again there’s a reference to the mysterious trauma that occurred during Nancy’s labor with her son. The “lifelong hidden well” she mentions implies that the cuts she inflicted on herself gave access not only to her physical body, but also to her emotional reserves. By opening herself to the elements, she unwittingly provided access to her inner self. It’s not something she wanted. It’s something that was forced on her.

For instance, Daniel’s body being pulled from her own isn’t something she thinks about with any tenderness. It’s a violation; a sucking of her energy, her body’s resources, her access to her identity outside of motherhood. Though Nancy dwells on what she’s been forced to give up, Daniel thinks only of taking. He understands his mother is an obstacle to his desires, something he must interact with when he wants something: “It was during this tirade that Daniel realized he identified his mother as Loud. This was her greatest categorizer, the very first thing that came to mind when he thought of her, before any type of memory, relationship tie, or feeling.” Daniel’s expectation is that his mother should give to him ceaselessly while she receives nothing in return. To him, she is Mother, and that is her solitary role in the household.

Nancy, “Loud” and disagreeable, refuses to behave that way. Her antagonism toward her son bleeds into her domestic duties, the one place she wields control. After Daniel finds a dead bird inside her Shop-Vac and sucks its blood, Nancy is initially enraged, but this quickly gives way to exhaustion and hopelessness. She becomes a quieter person who reflects on her past choices with increasing self-criticism. If her son doesn’t have to behave within the specified parameters of social norms, why should she?

If he can drink blood out of the Shop-Vac, she reasoned, I can walk around in my bra. There is no way I can scar him more than he has scarred me. Not any longer. In a small way, the thought was freeing. Perhaps she had failed, but at least now she could finally quit trying.

This apathy works to unsettle readers more than her initial anger. Nancy begins thinking more often about the birth of her son, allowing herself to experience parts she previously suppressed. She comes to terms with her own unlikability, her forbidden selfishness. The thing she’s avoided thinking about is something that is just as socially unacceptable as her son’s vampirism. She remembers watching her husband cut the cord. As he holds that “smeary thing,” she privately wishes they would both walk out of the room and out of her life. His birth traps her. She didn’t want her son because his life took away her own. There’s no Nancy, just Wife and Mother. Her unlikability is wrapped in the fact that she must routinely give to her husband and son with the understanding that there will always be less Nancy.

For female readers, this examination of domestic fiction makes us consider what it means to be liked. Is it a forever-giving? Does it mean slicing away parts of yourself? Is it an infinite sucking of your resources? Unlikability is the least of our worries. It’s not Nancy’s son we’re scared of; we’re scared of what life can turn into when you let it manifest into something that bleeds you dry.