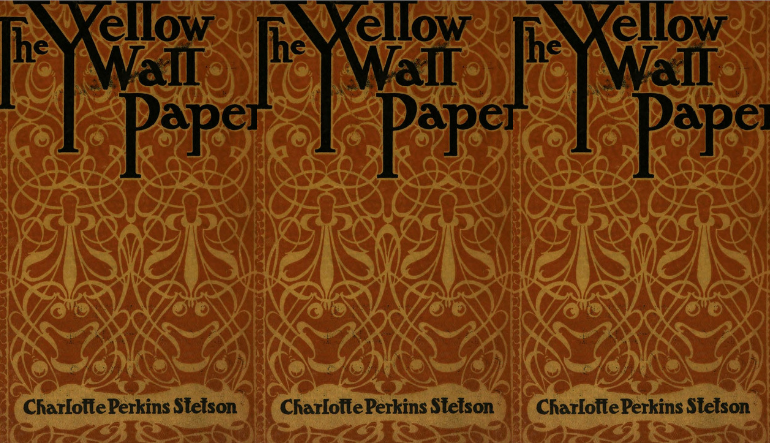 Four of us writers were critiquing each other’s novellas which all happened to have female protagonists. Three of the protagonists were victims of sexual assault, which then caused these characters to suddenly and completely change. One of those protagonists became mentally unbalanced and faded away, another was rescued by a man, and the third became a kind of vigilante, exacting revenge. These three characters happened to perfectly align with three tropes in fiction that I had recently been thinking a lot about.

According to Allison Graham-Bertolini in her book Vigilante Women in Contemporary American Fiction, the female vigilante is a relatively new character type. She says that in the nineteenth and early twentieth centuries female characters who were abused and oppressed were relegated to mental illness or suicide, rather than revenge. Two notable examples Graham-Bertolini sites from this era are The Yellow Wallpaper by Charlotte Perkins Gilman and The Bell Jar by Silvia Plath, both of which have female protagonists responding to systemic and individual oppression by slowly losing all sense of reality and all sense of self. My friend’s protagonist, who is raped and then begins hallucinating, seemed to speak directly to this first trope.

The second story, that of a female character who is a victim of violence and is then rescued or avenged by a male character, is a trope that is well documented and still very prevalent in storytelling across all genres, ranging from the over-the-top post-apocalyptic movie Mad Max to the critically acclaimed, and quietly methodical The Secret in their Eyes (in which the same woman is avenged by two men). Though, in contrast to these two examples my friend’s narrative focused on the victim’s story rather than on her rescuer’s—which could be seen as a kind of progress.

The third story, with the woman who is raped who then seeks revenge, is representative of a story type that has become more common in the last several decades. From Thelma and Louise to Jessica Jones, more women in fiction are depicted as seeking revenge for violence against them or those they love, often by causing violence of their own. Though the inciting incident of these vigilante narratives is an act of violence against a woman (which is the same as the Women in Refrigerators trope I discussed before) the woman also becomes her own heroine. She gets to climb back out of the fridge and kick some butt.

Though this final example is in many ways a sign of progress, that women are more than just victims, there is still something problematic in these vigilante stories. Most often these female characters begin as quite passive—she’s characterized as being a good girl, a pretty girl, a daddy’s girl. She might still live at home with her parents and it’s repeatedly stated that she doesn’t really know what she wants from life. Then, one day, this good girl becomes the victim of a violent crime perpetrated by a male character. This act of violence transforms this passive woman into a revenge-seeking vigilante who must work outside of the law to get justice. I’ve found this pattern over and over again, from well-respected writers to relative unknowns, within literary and genre fiction. In a recent New Yorker Fiction podcast Jonathan Franzen described a female rape victim-turned-killer in a story by David Means as, “passive and potentially redeemable,” which could describe the character arcs of nearly all female vigilantes I’ve discovered.

For me the problem is not that sexual violence against women is so often represented in fiction, it’s that these women have so little character before their assaults. I think fiction can perform an important role in raising awareness to this kind of violence, but must sexual violence become the central event in the lives of so many female protagonists? Must it define them? Yes, women are often victims of violence, but what else are they? I happen to think that women are complex, difficult, ambitious, and hilarious, that they have goals, plans, and flaws, and most importantly, they have agency at every point in their lives.