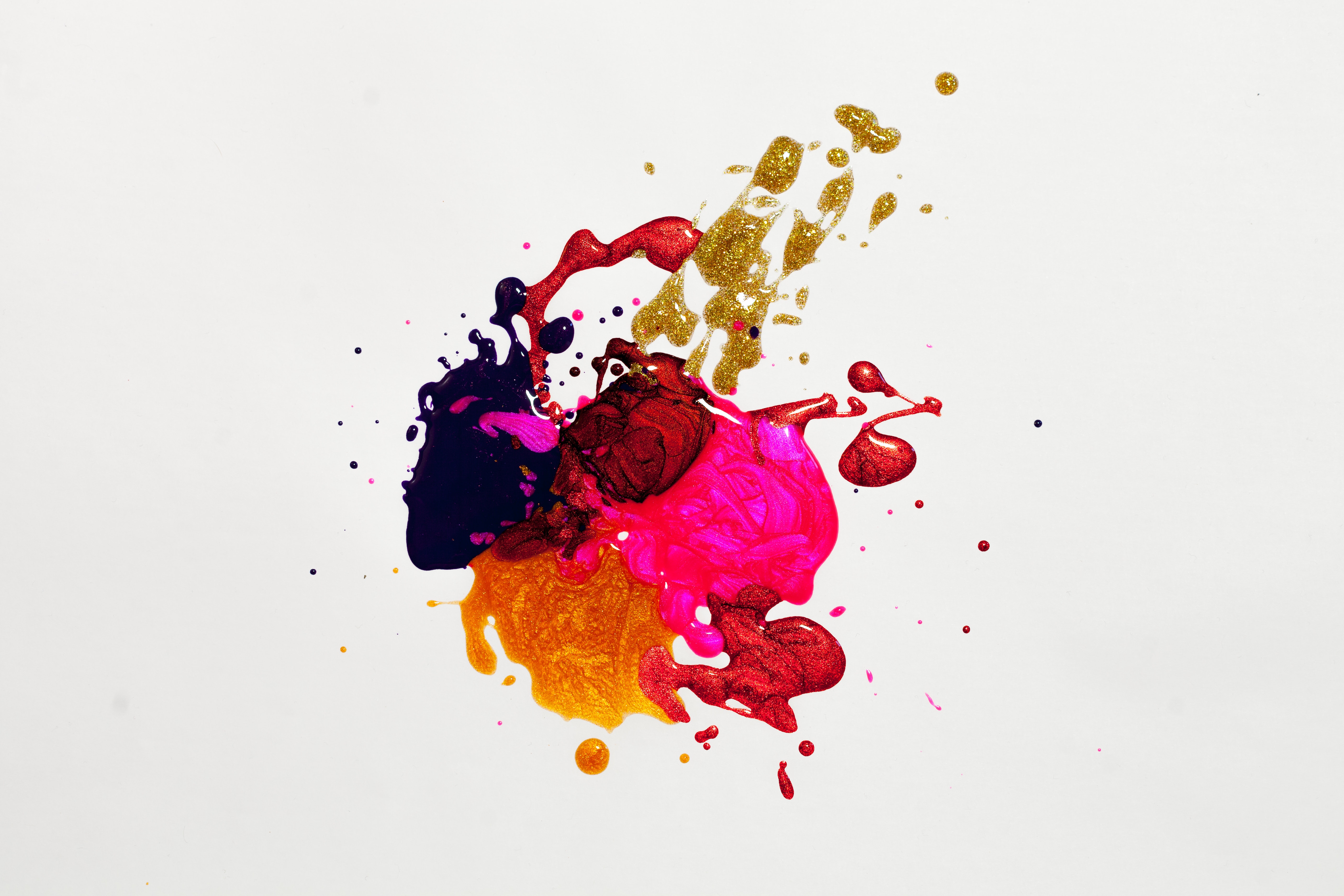 I want to preface this whole thing by saying that I’m not writing this because of the Rankine/Hoagland debate that sprung up in/around/after AWP. I’m happy that conversation is in existence, and I’m glad people are debating notions of voice, ownership, and race, but that’s not necessarily where this started.

I should also mention that I was thinking about this stuff before I read John Beer’s The Waste Land and Other Poems, which is, yes, excellent (if you haven’t read that S. Burt review of Beer’s and Meitner’s latest works, you 100% should), but it didn’t show up on my radar until recently.

I went through a period this winter during which I didn’t care much about writing—couldn’t figure out why I was doing it, what I wanted to make. I don’t suppose I’m unique in having a time like this—it’s not that stupid and false phrase or idea of being blocked (there are too many avenues for writing: if you can’t write what you think you most want to write, pick a different genre), but of really not knowing what to care about, what you’d like to say or address. I don’t think that’s unique at all.

Of course, were this a different world and folks wrote poetry according to form, I could’ve just stumbled along, jamming various words into sonnets or sestinas, whatever, until I found a satisfying entrance back into caring about what I was writing about. I don’t want to make this sound too harsh: if you’re a poet, you know that you have to wrestle both subject and structure into place each time you sit to write something. It’s tiring.

I’ve written already about structure. I have vivid dreams of a rise of structured poetry—not necessarily poetry that perfectly adheres to old forms, but poetry which is as cautious and thoughtful with regard to its form as to its content. Maybe I’m alone in this poetry, at present, doesn’t necessarily give enough consideration to form. Maybe.

What I essentially felt, this winter, was an exhaustion with my own voice. This of course is a topic that’s gotten some press recently, as David Foster Wallace’s posthumous The Pale King has been released and the discussion has been about how, with that work, Wallace seemed to be struggling mightily to escape the voice he’d established and become so known by. None of us have the problem Wallace faced: I can think of no writer whose voice is so distinct and identifiable as Wallace’s. However, I think that exhaustion with self, with sitting down and feeling a similar thing as when one looks, day after day, into the mirror each morning and finally, at some point, says this same face again—I think that exhaustion hits a lot of us.

Or, maybe better: I think that exhaustion should hit us.

Everybody talks about this, in various ways: a majority of interviews with writers or musicians or artists of any stripe will feature, someplace, the artist in question mentioning that the new work was fueled by a desire to do something different than what’d last been done.

Of course, I turn to music for answers about stuff like this, and, because I’m of a certain age and Minnesotan, I turn to Paul Westerberg and Bob Dylan—both of whom have, at different moments in their careers, chosen to stuff TNT into the question box regarding voice. Dylan, in the 90s, recorded two acoustic albums featuring mostly covers; Westerberg literally took a new name for himself and recorded some of his best music not as Paul Westerberg, but as Grandpaboy (and, now, as Mr. F).

Conceivably, one solution to the problem of exhaustion with one’s own voice could be simply choosing a pseudonym—which, let’s note, Wallace tried (and failed—everyone knew he was E.Klemm). I don’t think, however, that that’s necessarily the answer that might work best for poets, especially for those of us who haven’t anywhere near the level of note or readership Wallace’s got. A pseudonym might be useful, sure, but it’s not like, for most of us, we’ve got to escape the huge burdens of our own names.

One solution for the problems of this winter and not wanting to face or deal with my own voice was: what if I were to write cover poems? What if I were to take, say, an old Rodney Jones or David Ignatow poem and “cover” it, somehow? What would that look like?

Beer, of course, has provided something of an answer: his “The Waste Land” is, recognizably, a cover of Eliot’s big hitter. Reading the two poems back to back, or simply digging into Beer’s while bearing Eliot’s in mind, is a fascinating experience: the two poems together end up creating something of an echomap, a way to gauge and read how the ideas and impulses in one poem have been shifted and repurposed for a new time of new questions.

More than that, though: Beer’s undertaking struck me as terribly right in the sense that he was, in a clear and direct way, attempting to wrestle with some notion of lineage with regard to his own voice. I don’t know the man—perhaps that wasn’t his intent—but it’s hard to feel he’s not at least trying to access or touch certain notions of voice, specifically: what is his? and where did it come from?

I know I wrote a proposal for the last of these blog postings, and now I’d like to close out with another proposal: I want everyone to write at least one cover poem. I want everyone who writes poetry to sit and attempt to, in some way, write a poem which covers (however you want to define that term) an older poem. I want to read Matt Hart covering a Dean Young poem, and Olena Kalytiak Davis covering a Bishop poem.

Beer, of course, isn’t the only one doing this. In fact, to talk about this, some mention’s got to be made of how race plays out in this. Think, for a second, of the awesome bounty of poems written by phenomenal writers of color which, instead of taking for granted their own voice, attempt to pay homage to the voices that came before and blazed the trail. It’s not even necessarily that these poems or poets pay homage: they simply ground their poems in the history that’s led to their writing.

There’s something powerful in that, I think—in not taking for granted our own voices. I don’t want to get too far into race and power and everything else, but I’d argue strongly that some of us may take our voices more for granted than others, and this proposal’s real specifically aimed for those of us who do.

Maybe it sounds ridiculous to want people to do this, I don’t know. My beef or issue is this: given that poetry’s so 100% free now, none of us who write need to be responsible for our voices, how we picked them up, where they come from, and I think that’s a terrible problem but, more pressingly, it’s a terrible loss. By not having to overtly, clearly, intentionally honor the voices which have led to our own, which have engendered and nourished our own, it seems we have the chance of somehow not forgetting those voices, but not taking them so seriously. Easy example: how many people right now claim Stevens as a grandaddy? He seems the hippest of late to claim. Yet for all of us who’d claim him, we’re all taking various aspects—his shockingly measured eye, his theoretical might (the might’s not theoretical—he’s mighty in his theory). We don’t do Stevens or his body of work any favors by tweezing single lines and pasting them at the start of our books. We don’t do ourselves any favors, I might add.

I’m not totally blind: I know and see that this may seem a silly request. Worth noting as well: lots of us are already writing what are essentially cover poems—we’re writing updates or love letters of whatever to our old favorite poems (because, of course, writing poetry—especially if you came to writing poetry by reading it—is a matter of spitting out the old bones in your own new way). I also can see clearly that this proposal and request is perfectly of a piece with the last proposal. In both cases, what I want are for writers to take more responsibility for the works which nourish us. Look, maybe writing cover poetry can be a good solve for feeling voicily stuck (it didn’t pan out that way for me), who knows. What I’m sure of, though, is that, in trying to more clearly attend to and honor the nutrients which have served to make us who we are as writers, we’re giving ourselves and each other a gift, and the gift’s a map, and the tiny x we each choose to draw is our way of showing where we’ve been, and how we got here.

This is Weston’s thirteenth and final post for Get Behind the Plough.