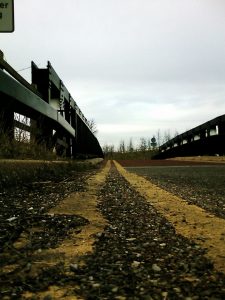 When asked whether he saw himself as a Peruvian writer or an American writer in the New York Times last year, following the publication of his newest novel  At Night We Walk in Circles, Daniel Alarcón replied, “Why should I have to choose?” I remember reading that passage in the second paragraph, rereading it, and then rereading it again for a third time out loud.

The electricity of it. The audacity of such a simple question, really, that struck so fiercely at the core question of the American literary schematic: where do you come from? Alarcón’s response, for many Latin American writers—and particularly those like myself who shift frequently between countries and write predominately in English—was the question we have been wanting to ask all along: Why does it matter? Why should I have to choose?

For better or for worse, regionalism is still one of the main lenses through which American readers consume our literature. Regionalism is, after all, one of the guiding tropes of the American trajectory: Manifest Destiny, the Civil War, Reconstruction, Industrialization, the Civil Rights Movement, the Golden Age of American Manufacturing, the dot com era and Silicon Valley… It’s a trope you can even see played out in the narratives of Monday Night Football between the Bears and the Packers, or in the failures of Detroit, or on Bill Miller Barbecue billboards in San Antonio, Texas.

Regionalism is the way we celebrate our authors but also the way in which we compartmentalize them, limit them, deduce them. Nabokov was never asked to choose. T.S. Eliot was never asked to choose—even after he’d won the Nobel Prize. And post-industrial and manufacturing age, post-dot com bubble boom and bust age, I wonder if regionalism—at least in the way it concerns transnationalism and Latin American writing—is really a moot point in the 21st century.

Of course, authors’ backgrounds often informs their fiction’s settings, and it’s undeniable that setting is key to good plot and character development. But it’s also true that setting is malleable. Setting has been an ever-changing aspect of Latino lives as far back as the Bracero program, the Cuban revolution before that, the Mexican Revolution before that, and Spanish conquest before that. As regionalism is to American literature, displacement is to Latin American literature. In fact, it’s a theme present in much of Alarcón’s work as well as the work of some of my other favorite Latin American authors. Edmundo Paz Soldán’s Norte instantly comes to mind. So do parts of Diego Trelles Paz’ newest work, Bioy, and almost everything in Sam no es mi tío: Veinticuatro crónicas migrantes y un sueño Americano, edited by Diego Fonseca.

Transnational writers chronicle the now of globalization and all of its shifting economies, peoples, ideas, and wars, which not only make it interesting writing but necessary writing. So much of my favorite contemporary Latin American writing is about the contemporary moment and the way the human story fits in context with the macro, socio-political elements surrounding it.  It’s less about “Where are you from?” than “Where are you going? And why?  And How? And with whom?”

“Why should I have to choose?” demands that larger narrative. It’s the connecting point between the shared stories of Latinas/os in the U.S. and Latinas/os everywhere. It’s the manifestation of Gloria Anzaldúa’s words in La Frontera/Borderlands: The New Mestiza where she writes, “Caminante, no hay puentes. Se hace puentes al andar.” (Voyager, there are no bridges.  One makes them as one walks.)  It’s also the future of American letters in the United States, I’d argue, as the global narrative continues to produce global writers.