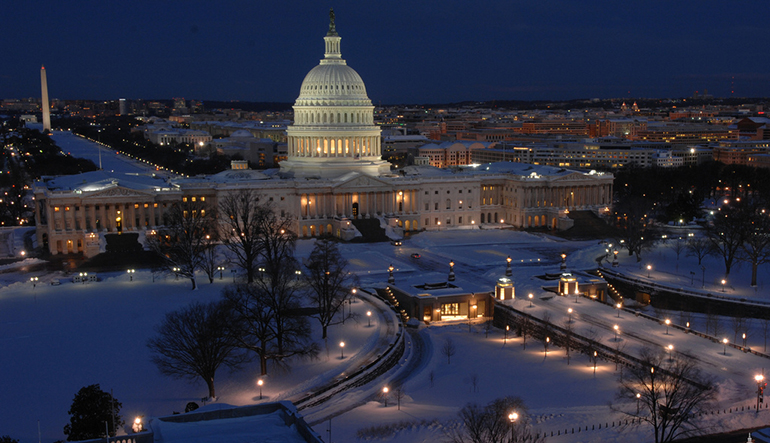 So much of the political news from the nation’s capital seems, these days, stranger than fiction. While the country lives through plot lines that could be excised early edits from a Tom Clancy novel, the real-life staff members who populate the political infrastructure of Washington, D.C., are, perhaps, taking notes. The prism of their daily work in politics, policy and governance has, for some, shaped worlds imagined, but informed by experience.

Senior Foreign Service Officer Matthew Palmer holds a distinguished position at the State Department, serving as the director for multilateral affairs in the Bureau of Asian and Pacific Affairs. After twenty years as a diplomat, Palmer penned a series of novels following American officials stationed all over the world, facing complex global crises and thorny foreign policy problems. In a New York Times book review of Palmer’s novel The Wolf of Sarajevo, Joseph Finder writes that Palmer’s “aura of authenticity…helps lend gravity to plot twists that, in other hands, might have seemed outlandish,” noting that he “presumably he knows whereof he writes.”

This kind of firsthand knowledge is also threaded through the works of Todd Moss, a senior staff member at the Center for Global Development, a think tank just off Washington’s famed K Street power corridor, and the author of a series of thrillers following fictional State Department crisis manager Judd Ryker. In a post for his publisher’s blog titled “How to Write a Novel and Keep Your Day Job,” Moss credits a hyper-organized schedule—and a transition from pantser to plotter—with his ability to balance his real Washington life with the world of his main character.

While the wonks seek to entertain readers while informing them of far-flung countries and crises, purebred Washington politicos tend to set their fictionalized alter egos closer to home. Former White House Communications Director Nicolle Wallace served in George W. Bush’s administration, but it wasn’t until after she departed the political arena that she published a series of novels placing strong women at the center of Washington’s power structure.

The same effort was made by Kristin Gore, daughter of former Vice President Al Gore, in a series whose debut novel was dubbed “Bridget Jones’s Federal Diary” by Ana Marie Cox, herself the former editor of the popular political satire site Wonkette.com. The role of women in driving Washington outcomes—and standing up for other women—is also central in The Cutaway, the first novel from Christina Kovac, a Beltway journalist who helped produce content for “Meet the Press” and other NBC news programs.

Washington’s “inspired by actual events” genre comprises an alternative reality, often reading less as tales ripped from the headlines than as reflections of what political insiders wish they could see, in their bosses, their colleagues and themselves. Fiction shaped in part by truth, and deep knowledge of how the nation’s capital really runs, allows insights to shine through, sharing with readers a perspective on how their government really runs. It also gives authors the opportunity, for once, to write their own ending.