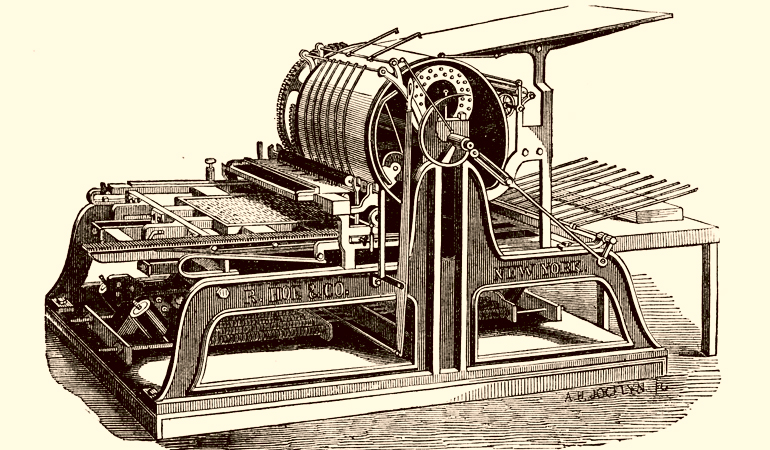 Washington, DC is not New York, as New York transplants frequently inform the locals. Where are the bagels, they ask, the pizza. Why does everything close so early? Washingtonians counter with go-go, with mumbo sauce and half-smokes, with schadenfreude at a summer of subway hell. And while New York remains the center of gravity in the publishing world, a new breed of independent presses in the nation’s capital are set to pull some of that force down south.

Ryan Grim, a Washington-based journalist and the author of This Is Your Country on Drugs: The Secret History of Getting High in America, recently co-founded Strong Arm Press, an independent progressive publishing house. Grim said that locating the press close to the “power center” would help its books “move the needle here, and be able to drive policy and legislation.”

As the DC bureau chief for The Intercept and former Washington bureau chief for HuffPost, Grim has built up an online following that includes an email list of several hundred thousand subscribers, which he used to promote Strong Arm Press’s first title, Alexander Zaitchik’s Out of the Ooze: The Story of Dr. Tom Price. The quick-turn biography of Donald Trump’s Secretary of Health and Human Services highlights what Grim sees as one of Strong Arm Press’s core strengths, the ability to “move much more quickly than a traditional publisher to capture energy around an issue.”

Grim stresses that he doesn’t “have anything against traditional publishing, and I think they do valuable, and in many ways irreplaceable, work.” But he also notes that he saw firsthand that “they were doing a lot of things simply because they’d always been doing them, and have every incentive not to change.” Strong Arm Press, he says, can “cut out all of the legacy costs publishers are saddled with.”

Also free from the constraints of traditional publishing is the Washington Writers’ Publishing House, which operates as a nonprofit and has published more than sixty volumes in its forty-four-year history. Among their slate of authors is one whose Washington connection is etched into the city in a more literal fashion than most. The poetry of E. Ethelbert Miller, a DC-based writer and near-legendary fixture at Howard University, was chosen for sculpture installations in two of Washington’s metro stations, adding art to the daily commutes of thousands of local residents. In an interview with Washington Writers’ Publishing House, Miller said, “Many writers in the DC area would not have publications if it wasn’t for WWPH. The company also created a sense of community between writers living in the area.”

A sense of community is also at the heart of the efforts of Washington-born Barrelhouse, which began as a literary magazine and expanded to include a small press imprint, Barrelhouse Books, a process the editors described in 2013. Barrelhouse maintains an active online presence and brings together writers in person at regular camps and conferences. They seek intentionally to publish works beyond the New York nexus, searching instead for manuscripts that are “complex without being obtuse; the kind of stuff your intelligent, non-reader friends will love as much as your MFA classmates.”

Washington readers may be more likely to have a PhD in nuclear non-proliferation than an MFA, but small presses provide smart, timely content they can snap up, as well as publishing paths for authors beyond the Big Five. As Ryan Grim of Strong Arm Press told his email subscribers, “The idea is this: by cutting out the middle man (and it’s often a man) we can hugely cut down the price of a book and at the same time increase the amount of money that goes to the author.”