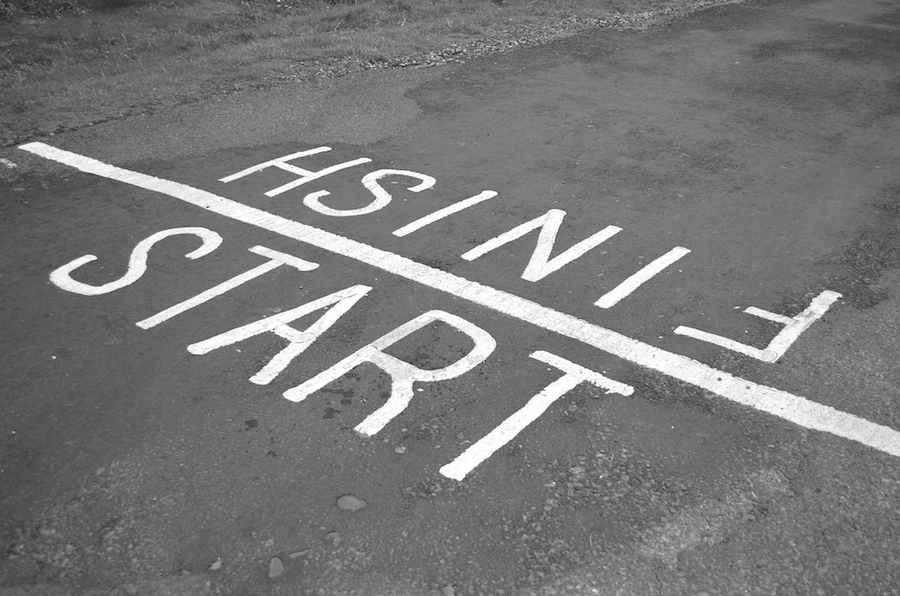 New Year’s Eve has always struck me as sort of a strained holiday. The newness it represents feels invisible to me, no matter the countdowns and music and noisemakers piled on it—a threshold in the air, a line that’s there because we say it is. I’m always so aware of being my same old self, beneath the party hat, behind the confetti.

The newness of a book’s beginning, on the other hand, feels much more real. With those first words, I am in a new place, and I can start to look around and get the lay of the land.

In honor of the day, then—and in one more attempt to make the “new” part of this New Year’s stick—a look at six of my favorite literary beginnings:

It is a truth universally acknowledged, that a single man in possession of a good fortune must be in want of a wife.

There’s good reason this is one of the most famous first lines in literature. (I’ve always wondered how Jane Austen felt after she wrote this sentence—I kind of hope she stood up and took some sort of victory lap.) The irony and wit that will accompany us through the novel are dangled, here, tantalizingly before us. Though this line has a bite, too, I think. It raises the first hint of a question: what might life look like in a world where, for some people, this is not an ironic sentiment? Come along with me, this voice says, and I will show you.

This morning Rino telephoned. I thought he wanted money again and I was ready to say no. But that was not the reason for the phone call: his mother was gone.

The shortness, the directness, the weariness, the long, implied history—these lines set a stage on which, we can already tell, any number of intimately brutal events will unfold.

3. Shirley Hazzard, The Transit of Venus:

By nightfall the headlines would be reporting devastation.

Here, we’re in the know in a way we never get to be in real life. We’re in one particular moment, about to meet our main characters, but we also get to learn what the future has in store (a rather immediate future, but still). From the first, then, we understand that this narrative voice will tell us things we have no real business knowing—and this will prove true, in the clarity with which we’ll get to see the novel’s characters and their struggles. I’m not sure there are many more seductive promises.

Many years later, as he faced the firing squad, Colonel Aureliano Buendía was to remember that distant afternoon when his father took him to discover ice.

Another classic—and another flash-forward. We know before Aureliano Buendía does that his future is to include a firing squad. We’re also wrapped, instantly, in delicious disorientation: what else will be possible in a world in which ice may be “discovered”? This line declares the myth-sized intentions of this book, and sets its terms, similar to the terms of dreams.

Lolita, light of my life, fire of my loins. My sin, my soul. Lo-lee-ta: the tip of the tongue taking a trip of three steps down the palate to tap, at three, on the teeth. Lo. Lee. Ta.

Humbert Humbert voices his passion for Lolita, and also—maybe even more strikingly—for words. This novel opens a horrifying new world before us, but it’s also a novel that can turn language itself, the speaking of a name, into a dramatic event. And I’ve never yet been able to resist saying the name myself when I read this paragraph.

6. Shirley Jackson, We Have Always Lived in the Castle:

My name is Mary Katherine Blackwood. I am eighteen years old, and I live with my sister Constance. I have often thought that with any luck at all I could have been born a werewolf, because the two middle fingers on both my hands are the same length, but I have had to be content with what I had. I dislike washing myself, and dogs, and noise. I like Constance, and Richard Plantagenet, and Amanita phalloides, the death-cup mushroom. Everyone else in my family is dead.

This voice demands that I drop whatever else I was doing and listen. Mary Katherine turns herself into a vivid, charming, unsettling presence by the end of this paragraph. If that weren’t enough to keep me reading, the question presented by that last sentence certainly is.

These lines are thresholds I believe in. Poised on them, we get our first views of new and foreign worlds. All of the New Year’s trappings are meant to create this sense, too: the feeling that we are entering a new territory, full of new possibilities.

So let’s pause here, with our toes just on the line. Look at that new year out there, just glimpsable. Perhaps this one will be as new as we want it to be.