Home
»
Critical Essays
»
“We are paid the worth of our work, perhaps” 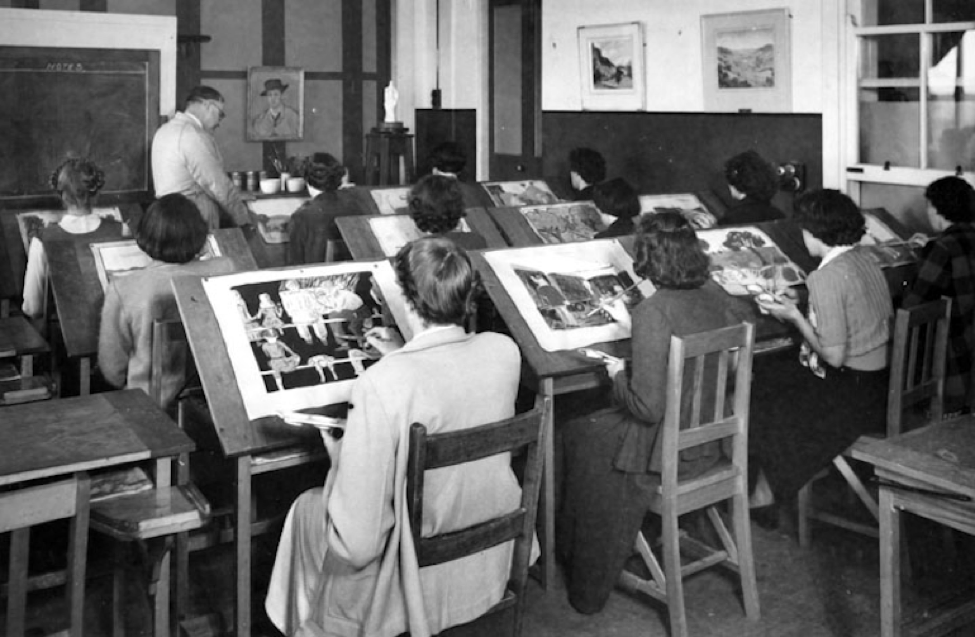 I recently devoured Samantha Hunt’s “A Love Story,” which was in the New Yorker back in May. I loved every moment of that astonishing story, but there was one that made me laugh/sob in that way that lets you know you’re reading something you won’t be forgetting soon. The narrator, who is a mother and also a writer, decides she’ll write a manual of advice for new mothers, then realizes she actually has only a couple of things to say: “I write, ‘HORMONES ARE LIFE. HORMONES ARE MENTAL ILLNESS.’ I write, ‘EQUALITY BETWEEN THE SEXES DOES NOT EXIST.’ And then my job is done.”

My younger self might have been surprised to find me responding to such lines. In the second semester of my freshman year of college, in the English department’s survey course, I had some of my first encounters with works that addressed the specific situation of the woman artist. I was eighteen. I was concurrently enrolled in my first fiction workshop. In the course of that semester, I would also meet the wonderful man who would eventually become my husband, and the father of my two daughters.

If you had asked me, I’m pretty sure I would have told you that in my life there’d never been anything I’d wanted to do that was any more difficult for me because I was a woman.

I’ve always had an enthusiasm for antiquated things, and when we reached Felicia Hemans in the syllabus, I read her armed with that enthusiasm. The agonies she was expressing seemed to me fascinating in the way that kerosene lamps are fascinating. Hoop skirts. That beautiful old-fashioned penmanship you find in historic letters. In “Properzia Rossi,” written in 1828, Hemans assumes the voice of a sixteenth-century Italian sculptor who wasted away from unrequited love, and dramatizes the creation of Rossi’s last sculpture, of Ariadne:

The bright work grows
Beneath my hand, unfolding, as a rose,
Leaf after leaf, to beauty; line by line,
I fix my thought, heart, soul, to burn, to shine,
Thro’ the pale marble’s veins…
Thou art the mould
Wherein I pour the fervent thoughts, th’ untold,
The self-consuming! Speak to him of me,
Thou, the deserted by the lonely sea,
With the soft sadness of thine earnest eye,
Speak to him, lorn one! deeply, mournfully,
Of all my love and grief!

As an eighteen-year-old, I liked the depiction of creation here—that idea of a “bright work” growing so precisely and powerfully, “Leaf after leaf,” “line by line.” I found it nonsensical, quaint, that the speaker’s only wish for that that tremendous gift is for it to work in the service of her attachment, for it to “Speak to him.” How interesting that this was the way things could be, once. When I read those same lines now, I find them both moving and horrifying. The speaker knows it’s a kind of cannibalism of the self, a “self-consuming,” trying to get something as large as her art to speak so narrowly. She can’t help doing it anyway, because what else to put in art but “fervent thoughts”? These, about her loss of a particular man but also of the role she expected for herself, are the most fervent her life has given her.

In that freshman-year course, when we moved a few decades forward to Aurora Leigh, Elizabeth Barrett Browning’s 1856 “verse novel” of a woman poet’s artistic and romantic coming of age, the message was opposite but really no less mystifying to me. There’s a great scene in which Aurora’s cousin Romney proposes marriage to her, asking her to sign on as helpmeet in his social causes. In the course of that proposal he tells her that he doesn’t believe in her poetic vocation, because women’s minds are too confined, too personal, for good poetry—that “You weep for what you know,” and so “We get no Christ from you, —and verily/ We shall not get a poet, in my mind.” Aurora is incensed. She tells him,

Whoever says
To a loyal woman, ‘Love and work with me,’
Will get fair answers if the work and love,
Being good themselves, are good for her—the best
She was born for…
But me your work
Is not the best for,—nor your love the best…
I hold you will not compass your poor ends
Of barley-feeding and material ease,
Without a poet’s individualism
To work your universal. It takes a soul,
To move a body.

This scene did satisfy me when I read it so many years ago; wondrous tellings-off are always satisfying to read, and Aurora gives Romney his come-uppance so beautifully and brutally. But that’s pretty much where my thinking about this scene stopped. The notion of a marriage proposal in which the man suggests the woman should “Love and work with me,” on his work, felt absurdly remote. Thankfully, it still does. The scene as a whole, though, doesn’t strike me as being quite as far from our present-day world as it once did. The idea that a woman’s art needs to fit itself into an established family structure is still there, implicitly, in so much of our lives. When acquaintances find out I write fiction, they sometimes ask me, “Oh, children’s stories?” Because I am a mother, I assume. I wonder how often writers who happen to be fathers are asked that same question.

The other thing I notice now about this passage is the beauty of Aurora’s answer about poetry’s—literature’s—importance. Romney has reproached her for an obsession with the particular and personal, and here she claims that this is not a weakness but a strength, that lofty ideas can only live in people, that “It takes a soul,/ To move a body.” I believe that, and while I think I always have believed it, I notice it more now because the stakes of my belief in it are higher. It does sometimes seem to me that my world has shrunk to the size of my children—though it’s also deepened. Perhaps in the end all those particulars will be valuable not just to my mothering, and to my self, but to my writing too.

Still, there’s another passage in “Aurora Leigh” that does haunt me a little. Aurora, in recounting her resentment at having to learn the womanly arts as an adolescent, thinks,

The works of women are symbolical,
We sew, sew, prick our fingers, dull our sight,
Producing what? A pair of slippers, sir,
To put on when you’re weary—or a stool
To stumble over and vex you… “curse that stool!”
Or else, at best, a cushion, where you lean
And sleep, and dream of something we are not
But would be for your sake. Alas, alas!
This hurts most, this—that, after all, we are paid
The worth of our work, perhaps.

Ha! I wrote in the margin, when I was eighteen.

Ha, I think now, but there it is again, that laugh/sob.

I have always wanted to be a writer, and I have always wanted to be a mother, and I know how lucky I am to be both. I love being both. There are places in the world—and my own home is one of them—where the value of both parts of my work is understood, and where men, far from expecting women to take care of them, take on an enormous share of the childcare, too. Daily, I am grateful for my home and for the people in it, and also for the work of all the women before me who didn’t have all of that, and who made it possible for me.

Sometimes it just seems that these cushions take a lot of time.