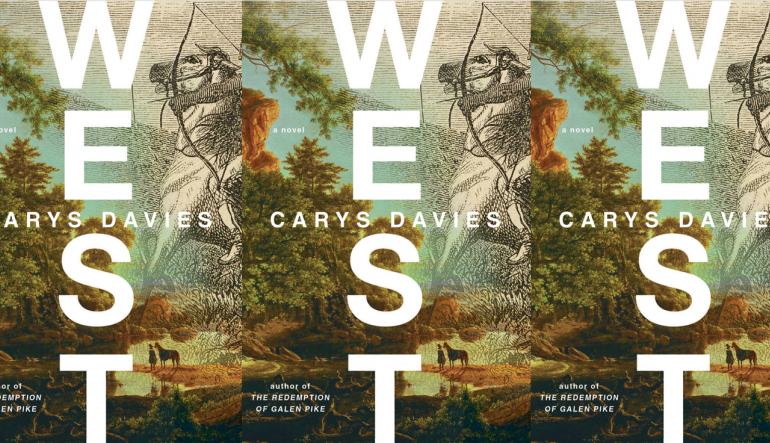 In her 2014 short story collection, The Redemption of Galen Pike, the fictional world of Carys Davies revealed itself as having a satisfyingly gothic texture, sharp, poignant and utterly original. Each of the seventeen (very short) short stories were rewarding, partly for her style—precise, cleanly written, no words wasted—but also partly for her startling use of various historical settings. Some of the stories were set in Victorian England, with Queen Victoria herself making an appearance in “Jubilee.” “Bonnet” features another emblematic figure from Victorian England: the novelist Charlotte Brontë; the story turns on her attraction towards her handsome younger publisher George Smith and her purchase of a new pink bonnet, bought just at the moment when he announces his engagement to another woman. A story of only a few pages, but like a poem, an entire relationship, its hopes and fears, all center on this new pink bonnet, soon to be abandoned in grief.

Even in this earlier collection, nineteenth-century America attracted Davies’s attention and imagination, as can be seen in the wonderful title story, “The Redemption of Galen Pike,” with its bizarre and satisfying twist at the close. Now in her first novel West, like the latest novel of the Irish writer, Sebastian Barry, Days Without End, she uses the American West and the opening of the frontier as a setting. Davies is expanding her range with great success and a deft skill in terms of building narrative and suspense. This is a short novel at 148 pages, more like an expanded novella, and her challenge here is to maintain the powerful concentration of her earlier stories within a broader canvas. Mostly, in West she succeeds, particularly in the tightly woven climax of the story and the violent resolution in the face of danger and destruction. Davies is always interested in the obsessional, the deluded even, and here, the central character, Cy Bellman is no exception. In mourning for his dead wife Elsie, he leaves his young daughter Bess and his mule farm in Pennsylvania to the cold mercies of his sister Julie to pursue a folly. (Although Julie was perhaps underdeveloped and with no clear backstory as to her reasons for keeping her niece from school or indeed her own journey to Pennsylvania in the first place, her function was more as an adjunct to her niece’s threatened fate and her negligence is one of the stronger elements within the novel.) Adult folly, negligence bordering on suspected pure malice, and lust lurks everywhere in this tale.

There is a pathos and also an infuriating self-indulgence to one of the protagonists, Cy, obsessed with finding lost dinosaurs, rumors of which abound in the lands beyond the Mississippi. The novel follows his crazed and potentially doomed journey while providing a parallel account of his young daughter left abandoned, lonely, uneducated, and in increasing danger from the predatory men around her as she grows older. The journey that Cy embarks on draws from Davies an impressive imagining of the frontier landscape and of the dangers and perils of each season, where the suicidal folly of Cy’s journey becomes apparent. As he wanders on his impossible quest, accompanied by a young Native American boy, picturesquely dubbed Old Woman from A Distance, seeking his lost giants and writing home to his daughter, the neglect of the young Bess becomes the focus of the other strand of the novel. There is a kind of desperation in the young girl’s increasing isolation and her longing for her lost father, and the unknowability of her future becomes the strongest element within the narrative. A parallel bid for survival by the two young protagonists, Bess and Old Woman from a Distance, attempting to survive in a cruel or dangerous adult world, drives the novel. Davies’s landscape is superb here in its clean simplicity: “He marvelled at the beauty of his surroundings: the pale gray ribbon of the river; the dark trees; in the distance the bright spread cloth of the prairie, undulating and soft; the bruised blue silk of the sky.”

The pacing of the novel is a key strength and I found myself racing to finish it, indeed, managed to do so within an hour of picking it up, partly because of its sparse, controlled clarity but also because of the dramatic intensity of the final scenes, when the two young protagonists come together unexpectedly. Overall, West fulfils the originality and the vision of The Redemption of Galen Pike and marks Davies’s successful expansion of her unique imaginative vision from the short story to the (short) novel.