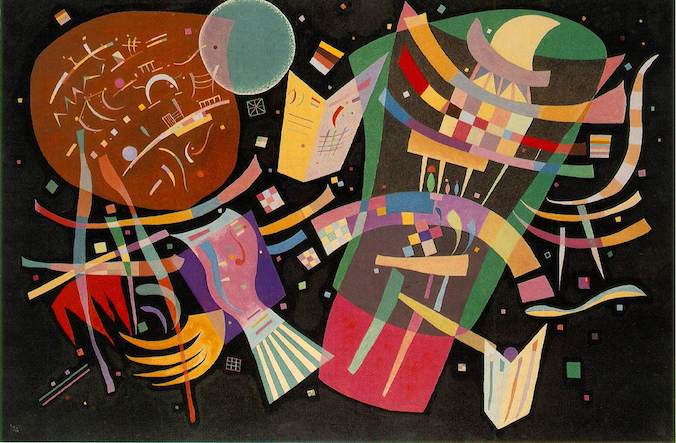 “What country, friends, is this?” Viola demands of a naval captain upon arriving on a foreign shore in Shakespeare’s Twelfth Night. After being told “Illyria,” she says, “And what should I do in Illyria?”

These are the very questions the Great American Novel (or “GAN” as Henry James put it)—whatever you deem this to be—sets out to answer. What country is America, and what should we do here? James Baldwin provides ample possible answers in the often overlooked Another Country.

In a 2001 Penguin introduction to the novel, Colm Tóibín writes: “In Another Country, Baldwin created the essential American drama of the century.” Baldwin’s novel is rife with symbols of life in the USA: jazz, cocktails, the movies, and the idea of “making it.” It’s a story of searching and striving for a better life, more fulfilling work, and purer relationships.

The GAN is elusive because it’s the literary symbol of our national search for something better than what we’ve got already. Though readers and writers alike often posit the most sweeping of novels as candidates for the quintessential GAN: Moby Dick, Uncle Tom’s Cabin, etc., Another Country covers a lot of ground, as far as the issues that are still a big part of our national consciousness. A bestseller following its 1962 publication, the book touches racism, homosexuality, infidelity, abuse, immigration, police violence, mental illness, and suicide. It looks like a lot to pack into one novel, and it is.

As he traveled from country to country for several years, Baldwin carried the bulk of the manuscript around in a suitcase. The book nearly ruined him, the need to finish it becoming “his single overwhelming need” and “his only real hope of salvation,” as Claudia Roth Pierpont’s New Yorker essay points out. Pierpont goes on to disparage the prose in Another Country, deeming it less effective than Baldwin’s previous novels and his non-fiction to follow. She’s not alone: Most people skip over this work in Baldwin’s canon: the fiery Go Tell It on the Mountain or the compact, poetic Giovanni’s Room are more approachable.

Within the first 100 pages of Another Country, Baldwin kills off a main character. The book is surprising in that you never know who’s the protagonist or who should garner your sympathy. For instance, you waffle between feeling sorry for and repulsed by Vivaldo, the frustrated young novelist who’s in love with Ida, Rufus’s sister. These vagaries could be cause for putting the book down. Baldwin often quoted Henry James, a writer well known for skirting the spotlight around whom or what we should pay attention to.

The indefiniteness of the book is what makes it so thrilling. There’s a tension between what is and isn’t America, what is and isn’t good living or healthy relationships. Baldwin’s prose seems to struggle to find answers, just as his characters often physically fight with each other. Rufus, a down and out black jazz musician, and Leona, a white Southern girl escaping an abusive relationship, are opposites in every way. Their relationship is a maelstrom of “…violence and tenderness together.” Rufus and Leona are equally repulsed by and attracted to each other. Their common ground is the desire to make a new life, to reinvent themselves in a city teeming with opportunity.

Rufus meets Leona at a party, during which a saxophonist’s brassy tones repeatedly scream, “Do you love me? Do you love me?” The search for acceptance and being known by someone else is at the heart of their story. These two contradict each other in the way that much of American life does. Americans are after reinvention, change, and newness. Yet we harbor a deep desire to be recognized and understood by the world. It’s why we can’t let go of the idea of the GAN, that a single piece of literary art can encapsulate everything we are. It’s a futile effort, but one simultaneously full of hope.

For all the hardship Baldwin’s characters face in Another Country, the book ends on a high note. One of the most poetic chapters—the last—begins with Yves, a Frenchman, on a plane about to land in New York City. Baldwin writes about the way people are erased from the earth when viewed from high above it, how they assume different identities in transit: “The housewife, traveling alone, who had been, during their passage, a rather flirtatious girl, became a housewife once again…” There’s a transformation in the very act of journeying. Baldwin posits the idea that you have to leave your country (and thus yourself) for a while in order to find them.

There’s a tender, naïve sort of promise to Yves setting out with his luggage, just as Baldwin did time and again with the pages of this very novel in his suitcase, hoping to finish it one day. Baldwin completed the book in Istanbul, a city far from New York, where the story begins and ends, “that city which the people from heaven had made their home.” Despite his own escape from New York to avoid sharing Rufus’s fate, Baldwin still believes in the existence of good, or at least the promise of it, in the US.

Perhaps what makes the Great American Novel so difficult to achieve is that Americans are—to quote Baldwin quoting Henry James in the frontispiece of the novel—“the most unprecedented of monuments; abysmal the mystery of what they think, what they feel, what they want, what they suppose themselves to be saying.”