Home
»
Uncategorized
»
What Do Taylor Swift and Faulkner Have in Common?

I’m introducing you to him because—(#truth)—Amos’ literary prowess would put many of us to shame.
When I first I got to know Amos, he was always making reference to some great book or author of which I was maddeningly unaware. At some point, I had to admit to myself that I—the writer in the room—had read much less than my bass player. Dammit.

But let’s be real for a second: Which of us would see this guy with Taylor on the Grammys and think, “I bet he knows his classics”? Or, “I wonder what he has to say about science fiction and culture?” Sadly, very few. And we’d be missing out.

So I interviewed Amos to begin a new series called “Hey Guys. Other People Read Too”—in which we’ll open the musty closet of the Literary Subculture and let some brilliant minds in.

Everyone I’m interviewing is a wildly successful artist in his/her field, with an enormous following… And each is a voracious reader. By listening to some of these Lovers of Words, maybe we’ll begin to imagine new ways of connecting, of interacting, of being writers in the Wider World…

TG: What writing do you lean into as an artist/thinker? (Anything you always take with you on the road?)

AH: I actually set out a while ago to read as many “classics” as I could get my hands on, trying to fill in some gaps in my experience as a reader. Some were misses (Jules Verne, for whatever reason, failed to impact at all—perhaps I was too old), and others were deeply affecting (Light In August and A Farewell to Arms will probably be read multiple times in my life).

Thanks to my father, I grew up a massive Sci-Fi fan. Niven, Herbert, Haldeman, Pohl, Asimov, and plenty of other authors who, it would seem, only had one killer novel in them. I visited the Science Fiction Hall of Fame and Museum in Seattle a few years back, and apart from the nerding-out that I was barely able to contain, I discovered that the unspoken function of Sci-Fi is to ask “What if…?”

Apart from that, I love reading nonfiction. I’m in the middle of a book called “Hidden America” about the trash workers, truck drivers, and fruit pickers who make our modern life possible.

TG: Okay so how or why does your reading help, support, inspire, encourage, whatever-it-does for you?

AH: This may sound a little base, but as a traveling musician (as you know better than most) you just have mountains of time to kill. The locations I find myself in more than any other (airport gates, dressing rooms at arenas in the middle of nowhere) offer little to do that cannot be held in your hands. 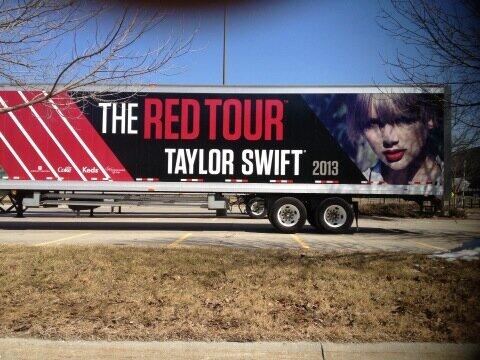 Also, since I was little, I was rarely without a book. So there’s an element to my affection for reading that is based in its ability to distract.

The books that affect me the most as a musician/traveler and person are those that change my perspective, or give me a sense of context. I also was raised to ask questions and be curious, and so I remain drawn to anything that shines a little light on something I’ve never thought about.

TG: To be all about poetry for a second, what poet or poetry has moved you?

AH: I think in the broadest possible sense, art that is moving is telling us things about ourselves that we already know. It might be challenging and it might be comforting, but the things that have made the greatest impact on me are things that make me feel understood. There’s a Shakespearean sonnet that I have loved a long time (and which my wife’s father read at our wedding) that becomes more and more meaningful the more I learn what it is like to love and be loved:

Let me not to the marriage of true minds
Admit impediments. Love is not love
Which alters when it alteration finds,
Or bends with the remover to remove:
O no! it is an ever-fixed mark
That looks on tempests and is never shaken;
It is the star to every wandering bark,
Whose worth’s unknown, although his height be taken.
Love’s not Time’s fool, though rosy lips and cheeks
Within his bending sickle’s compass come:
Love alters not with his brief hours and weeks,
But bears it out even to the edge of doom.
If this be error and upon me proved,
I never writ, nor no man ever loved.

I’ve also been an Eliot fan for a while- “Love Song of J Alfred Prufrock” is a favorite….

TG: And have you ever committed a poem to memory?

AH: The answer that leaps to mind is a Shel Silverstein poem that I had to recite as part of a grade school talent showcase. (And yes, I still remember it. It was about washing dishes.)

TG: Why do you think so few people regularly read poetry?

AH: I think poetry has narrow appeal for a few reasons.  One answer (which isn’t much of an answer) is that it’s not an art form that we run across in our daily lives. Not new poetry, anyway, and not outside of a greeting card/journal cover. It’s funny—you’d think in this age of status updates and tweets that there would be an increased interest in poetry, a medium which can deliver a maximum emotional impact in such a brief space.

As someone who doesn’t move in those circles, I admit that I don’t know what’s “hot” right now, and that seems to carry its own cultural momentum. Everyone you know is seeing “Lincoln” or reading 50 Shades and you feel like you want to experience these things to be part of the conversation. I don’t feel that same sense of presence with new poetry (and I’m sure that it beats the prose of 50 shades).

TG: Have you ever written poetry?

AH: I must admit that I have, outside the scope of my middle- and high-school English classes. It’s been a really long time.  It was also not all that good. For the past few years, since I’ve moved to Nashville, anything that drifts into my mind that feels somewhat poetic usually gets written down as lyrics.

TG: What “non-poetry” or non-poet do you consider poetic?

AH: The answer that leaps to mind is songs. In this moment I’m thinking of Paul Simon and some of his lyrics from “Graceland” that feel intensely important and are relateable even though they almost seem like nonsense: “losing love is like a window in your heart/everybody sees you’re blown apart/everybody sees the window.” I’ve heard him say in interviews that sometimes he will write words because of how they sing, or how the vowels sound, rather than needing to be constrained to a concrete narrative. That strikes me as poetic.

One of my favorite books is The Poisonwood Bible by Barbara Kingsolver.  There’s something about her writing that seems to have a rhythm to it, something that seems to hint at and imply important things (rather than saying them directly) that strikes me as poetic.

More interviews are coming up!

What kinds of questions do you want me to ask these great artists of other genres (songwriters, photographers, composers, etc)?

Leave some words below.