Home
»
Personal Essays
»
“What is magic but a story with solid engineering?” 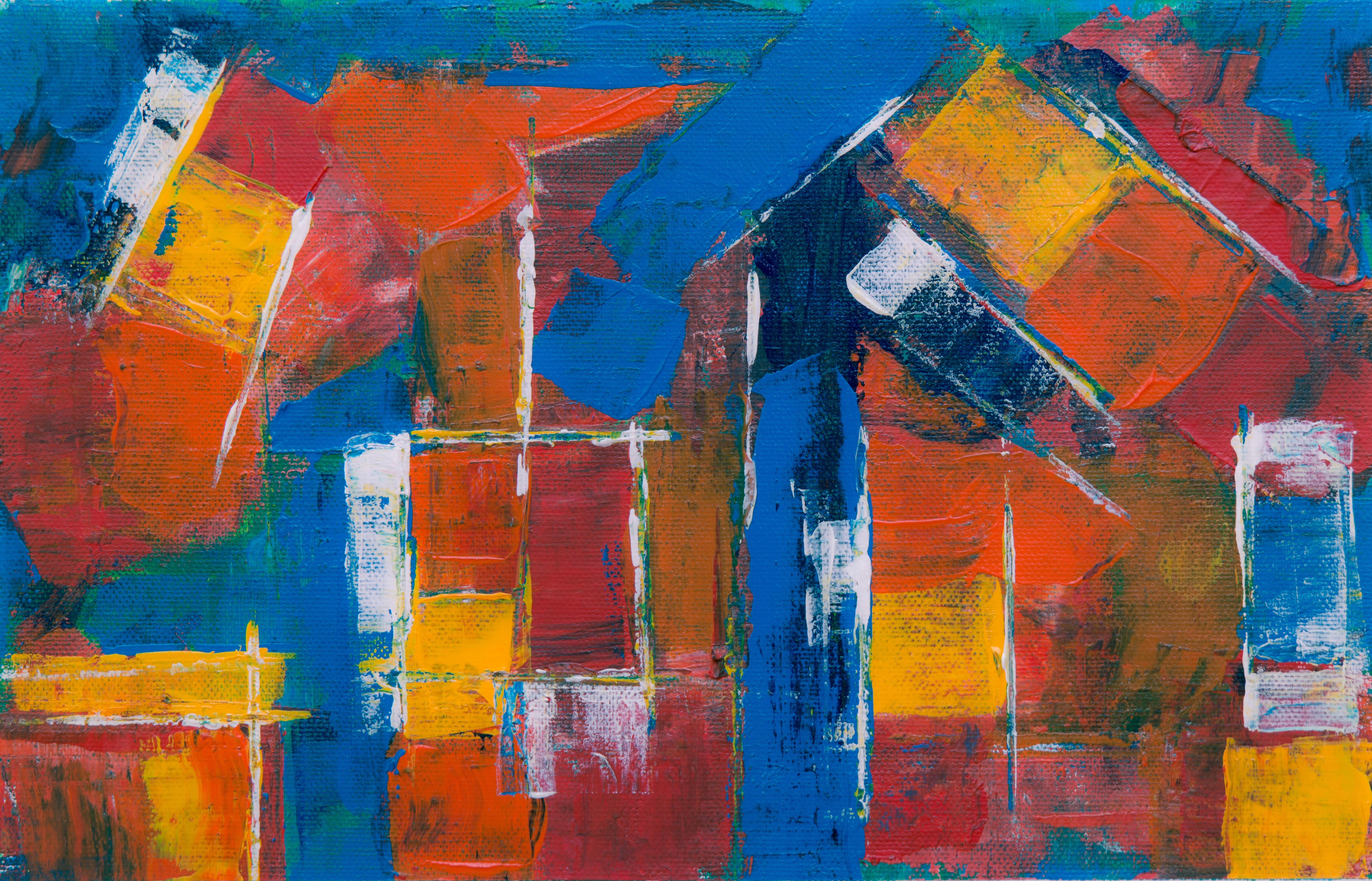 A child translates a letter while her parents wait. The accuracy of her translation will drive her parents to a decision, and this decision will have consequences for the entire family. In anecdotes shared by the children of refugees and immigrants who do not speak English, this is an image that keeps reappearing.

Some consider it a cliché, a tired illustration that reinforces the narrative of helpless immigrants. But others, like myself, continue to revisit the image because we have never gotten over the primordial fear of putting our family in danger. To imbue children with this power over language is to expose them early to the precariousness of life. They learn to calculate and fear the risks of a misinterpretation. They come to worry that one wrong word can lead their family to ruin. This kind of high-stakes problem solving is one that readers of fairy tales will recognize instantly.

Keep this image in mind. I will come back to it.

When I began work on my novel, I was proud of the musicality that permeated my manuscript. I had inherited this sense of tonality from my parents, Lao refugees who had been diligent in teaching me our mother tongue, and I was eager to put down on paper the sounds and rhythms of my upbringing. I loved creating protagonists with Lao names, fulfilling a childhood fantasy to see our multifold consonants deployed in print. And when I say multifold, I mean we will give you handfuls of Hs and Xs for rainy days.

But halfway through the process, I came to realize that my parents would never read my novel. It was not simply a matter of getting the book translated—which yes, is indeed a real challenge—nor was it a matter of complexity; my maternal grandfather, who had been a defrocked Buddhist monk, could sort out the Ramayana in the time it took me to read a Szechuan restaurant take-out menu, and my mother can turn your head with her ability to untangle a lakorn. It was the cultural baggage necessary to put several hours aside to read three hundred pages worth of details.

I had always wanted to write a novel. From the moment La Princesse de Clèves was introduced to me, I had been in love with the novel as a concept. This sustained immersion in fictional characters’ lives was exciting, and I wanted to build intricate universes that could fit inside a paperback book. I idolized the content of novels, even if I did not always like the author. The novel, as a form, was my superstar.

What began as a small hurdle—how to get my parents to read my work—then became a minor existential crisis. What was the point of writing about where my ancestors came from if I could not explain my writing back to my ancestors?

To shake things up, I revisited the theories of media scholar Marshall McLuhan, and the way he classified technology as either a hot medium or a cool medium. The explanation goes something like this: hot medium requires less audience participation and tends to be horizontally repetitive, whereas cool medium calls for more audience participation and creates vertical associations. Traditionally, a novel is considered a hot medium and speech is considered a cool medium, but the demarcation is not as rigid as it seems. McLuhan always took into consideration the evolution of technology, and moved the line accordingly.

His hot/cool theory offered an interesting insight as to why my parents were not likely to read my book. Coming from a cool medium culture, where audience participation was an integral part of communal life, a novel did not offer them an easy entry point. Examples of literary devices that they grew up with were call-and-response songs, verbal sparring, bawdy jokes, poetry, mantras, spells, gossip, etc. In comparison, a novel only offered one way for them to interact with the story, and this interaction demanded a pre-uploaded cultural framework.

I began to wonder if there was a way for me change the temperature of my novel. Nudging it from the hot medium end of the spectrum to cooler shores. As much as I enjoyed debating all day about the em-dash versus the parenthesis, first person versus third person, present tense versus past tense, these things held no significance to my parents. And yet, it was their voices that I was conjuring in my stories. It was their voices that were being validated through the fellowships and scholarships given to me. I could not help but feel like there was something profoundly unfair about the situation.

It reminded me of a conversation I had with an anthropologist friend of mine, about the production of culture/knowledge. When we record these voices, this data, these interviews, these dialects, how often do we return this rich material back to the communities where we first encountered them? How often do we credit their influences on our future work? How were my parents going to recognize themselves in my work if it was not accessible to them?

And then, one day, out of the blue, my mother asked me about my novel. She wanted to know what I was writing about. She was intrigued by the photos pinned on my cork board. The deer photos taken at night by George Shiras, the screengrabs from Apichatpong Weerasethakul’s films, the postcards of reclining nudes, the squares of silk fabric, the Pantone swatches. She wanted to know, how did this all tie in together?

How did this all tie in together, I repeated.

When my mother asks a question, she expects an answer in twenty words or less. She has very little patience for anything beyond that. My father and I used to joke that her wit was so terse, it was like being jabbed in the collarbone. But I had been my mother’s interpreter all my life. I was used to quickly breaking down any narrative that she brought to my attention. Over time, it became a translation game where I would try to summarize things in the smallest number of keywords possible. Despite playing it with my mother every time we spoke, it was an exercise I had never turned towards my own novel.

A group of words like this, where a reader has to fill many blanks in order to complete a story, would be considered a cool medium. The level of audience participation required would be high, and whenever a story has a high degree of participation, it also gains movement. And this, ultimately, is what I wanted, because movement meant transmission. Transmission meant collective memory, and for the Lao community, a community that has suffered through the Secret War, tending to that collective memory is an act of survival and resistance.

With that in mind, I shaped my manuscript in a way that would allow my parents to bring it back to their villages and where nothing would be lost, even if they added their own spin to the story. In order to achieve this, I articulated the narrative arc in about sixteen to eighteen sentences. These sentences, composed of a series of images, are very bare-bones, but together they form a complete fairy tale that can be taken out of the novel and transmitted in about twenty minutes. The fairy tale uses traditional mnemonic devices, but its contours are porous enough to take on regional characteristics if it were to travel outside its cultural confines.

So, if I can pull a fairy tale out of a novel, why bother write a novel at all?

The answer for me lies in a moving speech that Kimiko Hahn gave in honor of her late friend, poet Meena Alexander, at the 2019 Kundiman annual gala. In her speech, she said that Alexander would have wanted us to know that we had inherited “context and legacy.” That they were, in essence, our gifts.

I took the words to heart. I came to think of the novel as context and the fairy tale as legacy. Or, if I were to be so bold as to go full McLuhan, a cool medium heart inside a hot medium body adds multi-directionality to the novel. As much as I would love one day to be on the New York Times Best Seller list and win bucket-loads of awards, I would be more than happy if, two generations from now, schoolchildren in a remote corner of Laos still remembered the name of the little boy in my novel.

Memory is a finite resource. This is something that communities with flourishing oral traditions have always understood. We might be able to save all the information in the world on our clouds, but what we choose to transmit from generation to generation still requires human intervention. Five minutes in any comment section of the internet will make you appreciate a good moderator. And while McLuhan has termed our interconnected world a “global village,” I would much rather think of it as a “global garden” in serious need of weeding and fresh water. There is no need for censorship, but we can still make a conscious choice regarding which images we would like to define us, and which ones we can compost.

I want to bring back the image of the child holding a letter. The one she is trying to translate. I want the image to be very clear. Her parents are standing next to her. She is holding a sheet of paper. They are waiting to see what she will say.

The order does not really matter. What matters is that the image continues to be transmitted until it achieves an almost folkloric quality. It matters that this image continues to move through different narratives to give it the depth that a cliché does not possess. By continuing to add context to this image, we ensure its legacy—as a story about the social, political, and economic burden that children must carry to save us.

If the framing of this essay sounds a bit like a magic card trick, it’s because it is. What is magic but a story with solid engineering?