Home
»
Interviews
»
“What It Means To Be Cuban in the Island”: An Interview with Dariel Suarez 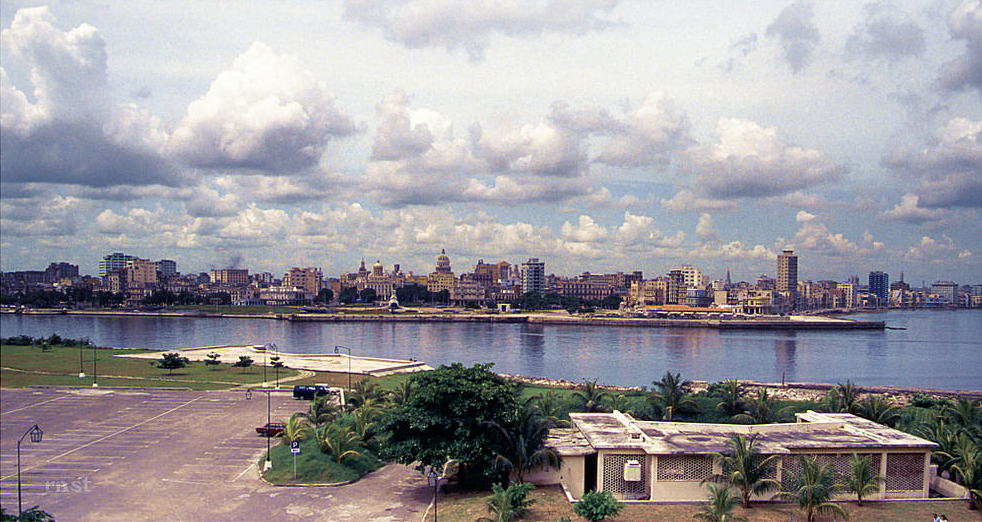 My father and I joke, that anytime we read anything about Cuba, we can tell the politics of the writer within the first two lines of the piece. Those politics often end up being bigger than the actual people on the island, than the island itself. This is not the case with Dariel Suarez’s A Kind of Solitude.

Suarez opens his 2018 short story collection with a dive into the bizarre nature of Cuba: “Stealing the giraffe wasn’t the problem. Transporting it from the city to the countryside-even at two a.m. on a Wednesday night with a few bribed cops clearing the path-that was another story.” It is the perfect introduction to a book that lets the reader see the island through the eyes of the people who live there. It is not a collection that looks at Cuba through the eyes of US citizens, CIA members, or the mafia. It places the reader in Cuba, with some of its most charming and colorful characters, and then breathes life into their stories, allowing the reader to experience the complicated questions that Cubans face on the island.

The collection, which won the Spokane Prize for Short Fiction and will soon be followed by a novel, The Playwright’s House, to be published by Red Hen Press, is composed of stories predominantly set in Cuba after the fall of the Soviet Union, a time in Cuba referred to often as the “Special Period.” In tackling this subject matter, Suarez creates a portrait of Cuba filled with chronically ill santeros, women-led heavy metal bands, and a child called Mudface—the people who make up Suarez’ Cuba. Each one of these characters tries their best to persevere through the bizarre nature of the world around them.

Suarez, who was born and raised in Havana and earned an MFA in Fiction at Boston University, often produces work that deals with themes such as language, isolation, trust, poverty, and escape. His stories—which have been published in The Kenyon Review, Third Coast, Michigan Quarterly Review, Prairie Schooner, amongst other outlets—deal with isolated characters trying to figure out who to trust as they try to navigate their experience of living in Cuba during the Special Period. In “The Man from the Zoo,” for example, the first piece in A Kind of Solitude, the protagonist, Arquímedes, tries to understand why he is being hired to steal a giraffe while also trying to find a way off of the island—and while not getting caught for either “crime.” In “Daredevils,” the protagonists have a pact to fall in love with foreigners who can get them both off of the island.

Suarez told me that as he wrote this collection of short stories, one of the goals was to give a voice to people like himself—those who lived in Cuba during that notoriously hard time on the island. We spoke, recently, about writing in English, Spanish, and Cuban-Spanish; Cuban absurdity; whether it was possible to have secrets on the island; and leaving home.

Christopher Romaguera: Most of the stories in A Kind of Solitude seem to deal with trust or having a secret between friends against the Cuban government or others. How did that theme come to you?

Dariel Suarez: I think in Cuba there’s a lack of privacy, people are in each other’s lives all the time, and there’s a lot of openness, [because that’s] just the way that the culture works—but it’s also just the reality. A lot of it has to do with class, and that people have to be in touch with their neighbor and ask for help. That’s just the way it works. Because of that, there’s a sense that people are leading an open-book kind of a life, but that isn’t always true. We’re human and I think that we do keep secrets, [but] it’s harder to keep them, sometimes, when life is that open and people are communicating and looking into each other’s life that much.

I think it’s an interesting thing, as these secrets come to light. As I’ve gotten older, I’ve learned secrets in my own family that I never knew about, that I was surprised to learn. There’s a story in the collection about a man being in prison. This happened to my own father, and I never knew it until I was in my twenties. Things that my grandparents did that I never knew. I think realizing that, I thought, “Wow, I could write about these people in Cuba who have all these secrets.”

Some of it, like you mentioned, has to do with the government. And that is just for safety, or just to make sure that you don’t get in trouble, so there’s a lot of that going on. I never expressed what I really truly believed when I was in Cuba. I was told not to. My grandfather was not that way and he got in trouble. My father—who was a writer and a journalist—he tried to avoid politics in his writing, even though he was a very political person in the house. And so I’ve always been fascinated by that tension as well—your public personaand then your private persona. To me there is a lot there to explore, in terms of our personal/private lives, and then [in terms of] our public lives in a country that seems very public and feels very public.

I feel the Cuban government has a lot of secrets too, you know. Like any government. And that’s another sort of layer. They tell you one thing, then there are other things behind it, and the same is true of these people’s lives.

CR: I feel like every story had characters trying to circumvent the government to get what they need. What was it like writing about that?

DS: I am interested in is capturing the reality as I see it. Obviously I am the lens as the author, and the characters are the better lens. In my experience, and what I perceive to be the general Cuban experience, politics is just a part of it, embedded in everyday life. Because of that sort of social reality, a lot of it is, as you said, sort of circumventing things, and it’s about trying to figure out how to get what you need, even if it’s against what the government expects.

DS: The older I’ve gotten, the less inclined I’ve been to translate anything. And going forward, I will only translate things when I feel like it’s just absolutely necessary for context. If the translation doesn’t do it justice, or if the original does a much better job or sounds better, I will try to stick with that, to just stay a little bit closer to the characters or the culture.

CR: When translating, how did you go about getting the rhythm of how Cubans talk?

DS: For me it’s more of imagining what they are saying in Spanish first. And in many ways, the act of writing the dialogue, and a lot of the narration, is a constant act of translation, because I am trying to capture that original sensibility. So, if I have to phrase something a little awkwardly in English, [I will,] just to get a little bit closer to the Cuban way. And it’s something that, funny enough, I’ve been given feedback about—to sound more “American,” to make it smoother or whatever, and I kind of refuse to do that, because it doesn’t do justice to the original. Which is what I’m most interested in. It’s more about capturing that tone, or sensibility, as much as I can.

CR: You left Cuba in 1997. While I know you have revisited the island since then, what was it like writing about home? Was a lot of it coming from memory?

More than anything it’s just a way for me to stay close, mentally and emotionally, even though I’m not there physically. It’s fun; I think that I really enjoy spending time in Cuba through my work. And the main reason I write about Cuba is that I really care about it.

DS: I want to move back to Cuba often, and I want to go to Miami often, and I’m interested in those voices, and what it has to do, and I feel like I’m also a part of that community. Maybe now as a bit of an outsider.But it gives me perspective. Maybe that’s the main thing—I get more of a broader perspective on everything being, away, and it’s kind of opened my eyes to different things and different possibilities and other cultures. ’Cause I learn a lot from reading and talking to people who are from a different place.