Home
»
Critical Essays
»
What Plot Can Do 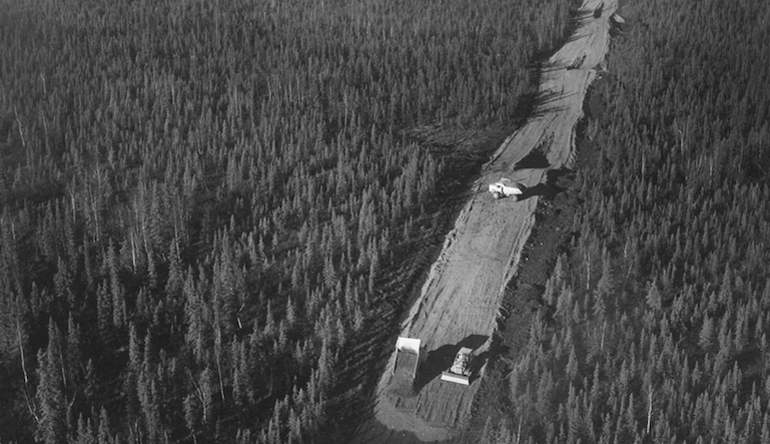 Years ago, when I was first making my way through one of my favorite books of creative writing prompts, Anne Bernays and Pamela Painter’s What If?: Writing Exercises for Fiction Writers, I met a sentence that gave me a frisson of vindication: “When we completed our first draft of What If? plot was entirely missing from the table of contents.” Coming from these established and accomplished writers, the line at first felt like permission to dismiss what I wanted to dismiss anyway. Though it’s a strange thing for a fiction writer to say, story itself has never come naturally for me—nor is it what I think of first when I think of the books I love. I think instead of those books’ language and characters; in my own writing, I almost always begin with an image.

But image, character, language are static, dead things until plot gets a hold of them and makes them move. The more I write, the more I pay attention when I read, the more I understand that I love characters and words and pictures because of the way plot animates them. I’ve come to see plot as the particular series of movements that will best show the reader all the complexities the author wants him or her to see. Back when I first read What If?, I might have done well to pay more attention to the sentences that came after the one that so pleased me: “We did have exercises that fit this category, but we had placed them elsewhere. Then someone said, ‘Where’s plot?’ Well, it’s here. But for us it comes strongly attached to characterization.”

A story I often teach when I talk about story form and structure is Flannery O’Connor’s “A Good Man Is Hard to Find,” because it so beautifully illustrates plot’s indispensability. I don’t love this story because it’s a page-turner, but the events that keep me turning the pages, pulling me forward, also move its characters and words in ways that make it impossible for me to forget them. The story announces its plot in the very first paragraph, so baldly that a first-time reader would be forgiven for thinking the announcement must be a red herring. Our central character, the grandmother, wants her grown son to change the family’s vacation destination from Florida to Tennessee, and to this end tells him of an escaped murderer bound Florida-ward:

“Now look here, Bailey,” she said, “see here, read this,” and she stood with one hand on her thin hip and the other rattling the newspaper at his bald head. “Here this fellow that calls himself The Misfit is aloose from the Federal Pen and headed toward Florida and you read here what it says he did to these people. Just you read it. I wouldn’t take my children in any direction with a criminal like that aloose in it. I couldn’t answer to my conscience if I did.”

This isn’t a trick: this really will be a murder story. O’Connor is so blatant about it because the murders aren’t what the story’s interested in: they’re a means of getting at its real interests. And there’s a hint of those interests here in the first paragraph, too, because already we’re getting a vivid sense of this grandmother’s character: of her selfishness (she’s trying her best to change plans to suit herself), her manipulativeness (how handy these other people’s deaths are in making her case!), her sanctimony (that reference to her “conscience,” that treasured pet), and her talky-ness (the rhythms of her words here roll too fast and too far for her thoughts to keep up).

Unfortunately, the family will drive toward Florida. As they do, O’Connor ties the external journey toward The Misfit and toward death to the grandmother’s character, and uses events to show us that character. The wrong turn straight into The Misfit’s path occurs because they’ve taken a detour to find a plantation the grandmother remembers from her youth—to revisit, literally, her glory days. The car accident that leaves them helpless, to be picked off so easily, occurs because the grandmother suddenly realizes that plantation is in a different state, flinches with embarrassment, upsets the basket in which she’s hidden her contraband cat (which her son asked her not to bring), and sends it springing up onto his neck as he’s driving. And when The Misfit arrives at the scene of the crash, while he was almost certainly going to kill them regardless, the grandmother seals the deal by thoughtlessly blurting out that she knows him from the paper, that she “recognized you at once!”

The scene that follows, in which The Misfit’s henchmen take members of the family off to the woods to murder them while the grandmother and The Misfit talk, is masterful in its marriage of event and character. While The Misfit reveals his twistedness, while we hear pistol shots from the woods and wind rustling “like a long satisfied insuck of breath,” the grandmother wheedles and barters and flatters to try to save herself: “‘Jesus!’ the old lady cried. ‘You’ve got good blood! I know you wouldn’t shoot a lady! I know you come from nice people! Pray! Jesus, you ought not to shoot a lady. I’ll give you all the money I’ve got!’” And The Misfit is “nice,” according to the grandmother’s definition of niceness: there’s a weird refinement and politeness to him. He talks beautifully about the weather; he seems genuinely outraged when the grandmother’s son swears at her. He also seems unable to connect causes and effects in any way that would make him believe himself guilty of anything, which lets him kill without qualms. In this scene, we’re seeing vividly the limitations of the grandmother’s view of the world.

And then, an astonishing shift. It comes as The Misfit explains that because he wasn’t actually present to witness Jesus’s miracles, it’s not his fault he hasn’t been able to learn anything from them:

“Listen lady,” he said in a high voice, “if I had of been there I would of known and I wouldn’t be like I am now.” His voice seemed about to crack and the grandmother’s head cleared for an instant. She saw the man’s face twisted close to her own as if he were going to cry and she murmured, “Why you’re one of my babies. You’re one of my own children!” She reached out and touched him on the shoulder. The Misfit sprang back as if a snake had bitten him and shot her three times through the chest. Then he put the gun down on the ground and took off his glasses and began to clean them.

I love Jim Shepard’s reading of this moment and its connection to the story’s most famous line (“She would have been a good woman,” The Misfit said, “if it had been somebody there to shoot her every minute of her life.”)—that here the grandmother experiences real, true grace, a real and true desire to mother the most damaged of creatures, even if this transcendence is necessarily temporary because only the pressure of her own imminent death could bring her to it. Events, plot, have done this to her. They’ve brought her to this moment in which she glows.

I try to remember this story when I find myself using the word plot derisively (because like many of us, maybe, I do have a tendency to be derisive toward the things that don’t come easily for me)—I remind myself of the astonishing heights to which a story’s plot can propel it. Any tool that can be put to such magical use is not a tool I have any business dismissing.