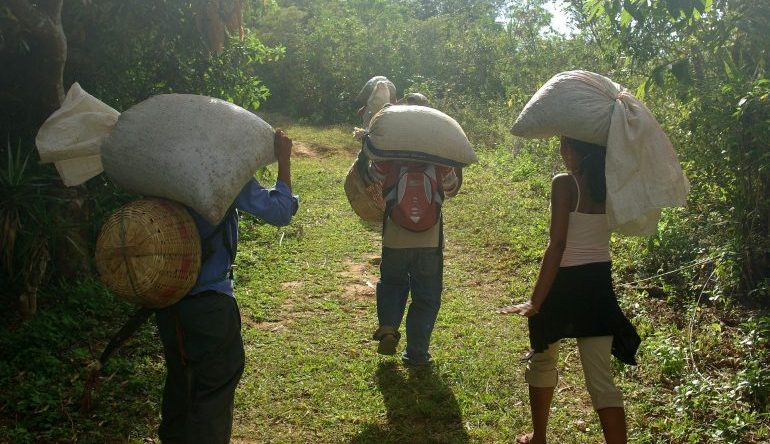 In the wake of the recent Supreme Court decision ruling that immigrants, documented or not, can be detained indefinitely without right to a bond hearing, I’ve been thinking a lot about the crystallization of an American second class and the way we produce and consume narratives about class and race generally in contemporary American literature. Specifically, what we talk about when we talk about “humanizing” marginalized people. Does the act of attempting to humanize anyone implicitly infer that they’ve been subhuman in the writer’s gaze to begin with? And if not, how does “humanizing” anyone (i.e., justifying their existence to those who see them as less than human) not go retrograde to the goal of doing just that? Might that writer ever be qualified to take on that task? And to what end?

This is not to say humanizing is not a noble effort in writing. Who doesn’t want their characters to appear human on the page? But then again, how much does “humanizing” become a kind of buzzword or dog whistle when applied to selling books about marginalized populations? In which ways are we literally writing (or buying or selling) our way out of guilt (or possible complicity in dehumanization) by merely acknowledging the “human” in the subjugated? Of course, this assumes that we’re approaching the literature from an altruistic place at best. That we’re supposedly invested in dismantling the systems that dehumanize these subjects in the first place and not sensationalizing their pain. But what if those subjects are merely props in an elaborate scheme we play to simply sate our craving for agency?

As Slavoj Žižek posits in The Delusion of Green Capitalism:

[T]his readiness to assume the guilt for the threats to our environment is deceptively reassuring: We like to be guilty since, if we are guilty, it all depends on us. We pull the strings of the catastrophe, so we can also save ourselves simply by changing our lives.

Žižek uses the famous example of the feel-good ideology of Starbucks. Consumers might transcend mere consumer status in a capitalist system by buying a cup of coffee that caffeinates them, but also provides clean water for a child in Guatemala so that they can be healthy so that that child can then go on and lead a better life, etc. This is a way of confronting impotence in the face of macro-issues not unlike, say, immigration or global warming.

To this end, one might presume that one reason a writer or reader might crave to humanize is because they like the idea that that role might fall on them. It proves their suspicion of natural superiority and agency over the subjugated, those who need to be humanized—the hierarchy of first class and second class becomes re-crystallized in theirs and their reader’s minds. It also sates the conscience—they’ve done something, haven’t they? Which is why I ask the question: does that writer get to tell the story that humanizes the subjugated? I think not.

In the wake of this recent Supreme Court decision, and in the wake of the increasing marginalization of undocumented people in the Latinx community, I’m finding myself deeply suspicious of those who feel compelled to “give voice” to the “voiceless” (another kind of Žižekian feel-good gem in the lexicon for you). Though I’ve also been deeply suspicious of anyone telling anybody else, You can’t write that.

Needless to say, I’m radically rethinking what this means for my own work (and the way it’s marketed) as a writer who predominately writes about the drug war in Mexico. And though I’m not sure I’ve ever set out with the sole intent to humanize an entire population, I’ve definitely felt what it’s like to have certain readers or reviewers need that from my work. Which can feel like a violence all its own, a kind of pigeon holing of my art but also other Latinx art, which is how, I think, so much Latinx literature gets relegated to second-class status in the first place. There’s a kind of debasing of our literature by virtue of that need from our work for a kind of Žižekian feel-good ideological product to assuage the impotence or guilt in the face of macro problems, but also a need for the crystallization of our literature as second class and, therefore, not a threat to hegemonic white letters.

Right now I’m reading (and loving) Aminatta Forna’s incredible forthcoming novel, Happiness (Atlantic Monthly Press) about the serendipitous first-chance encounter between Jean, a wildlife biologist studying London’s urban fox population, and Atilla, a Ghanian psychiatrist who finds himself in London to give a keynote speech on trauma which takes place at the end of the book. In his speech, Atilla writes about the way trauma is studied by psychiatrists working in war zones and developing nations:

We, professionals and lay folk alike, have used the suffering of others to reinforce the myth of ourselves: their unhappiness becomes the bolster to our happiness. We are terrified of their pain, simultaneously attracted to it and repelled by it. We want to be assured that all pain is treatable, while we comfort ourselves with the belief in the superior quality of our existence for never having encountered trauma.

But before that he asks a question: “What if we were to have revealed to us that misfortune can lend life quality? Whatever does not kill us makes us stronger, yes.” Atilla puts forth the idea that trauma does not equal destiny. The voiceless are never really voiceless and their trauma is not the center of who they are.