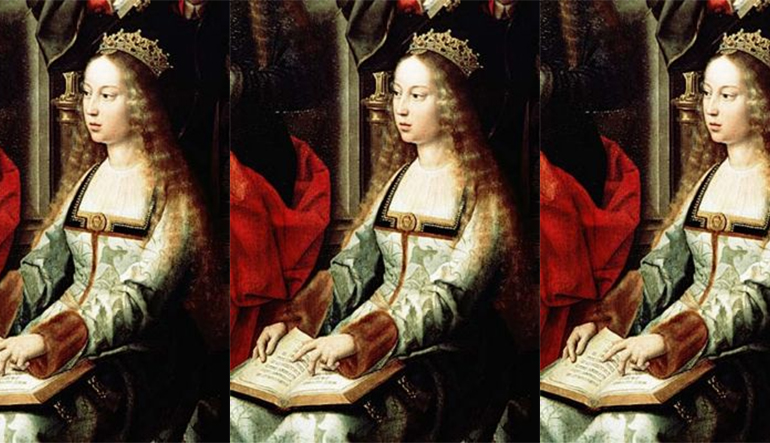 In November, after failing to allow a woman to steer our ship of state, watching Netflix’s The Crown seemed punishing. After Hillary Clinton’s close loss, I didn’t know if I could handle watching a woman preside over the United Kingdom. But I capitulated and found myself watching a young Elizabeth II struggle to stand up to an aging Winston Churchill, still Prime Minister. Even when a woman possesses power (here, via hereditary succession after an  original male seizure of power), a man looms, ready to interfere.

In the title story in Hilary Mantel’s collection The Assassination of Margaret Thatcher, the narrator attempts to curry favor with an intruder, a man forcing his weapon in her window: “It’s the fake femininity I can’t stand, and the counterfeit voice. The way she boasts about her dad the grocer and what he taught her, but you know she would change it all if she could, and be born to rich people … Why does she need an eye operation? Is it because she can’t cry?”

(To speak the names Isabella and Columbus: here I acknowledge the damage their expulsions wrought on the lives of Muslim and Jewish peoples in Spain, and Indigenous peoples in the Americas. Familiar sounding actions in 2017).

In both stories, a man desires the globe, and a powerful woman stands in his way. What a moment worthy of speculation! It’s no wonder we see multiple versions of this history teased out, a speculative splintering of this 1492 moment.

So why did Isabella agree, Isabella who, as Rushdie describes her, is “omnipotent. Castles fall at her feet. The Jews have been expelled. The Moors prepare their last surrender … Nothing she has wanted has ever been refused”?

“She is staring into a large stone bowl held aloft by stone lines. The bowl is filled with blood, and in it she sees—that is, Columbus dreams her seeing—a vision of her own. The bowl shows her that everything, all the known world, is now hers. Everyone in it is in her hands, to do with as she pleases … Whereupon the Isabella of Columbus’s weary, but also vengeful imaginings is shaken to her marrow by the realisation that she will never, never, NEVER! Be satisfied by the possession of the Known. Only the Unknown, perhaps even the Unknowable, can satisfy her.”

Kushner’s interpretation of Isabella (never named but instead referred to as Her Highness) similarly hangs on imperialist greed: “The queen was anxious for the Admiral’s return. Not only for the feedback, which meant bounty from the exploration, in a time when imperialist meaning was the only meaning the term ‘feedback,’ had, but to satisfy her desire.”