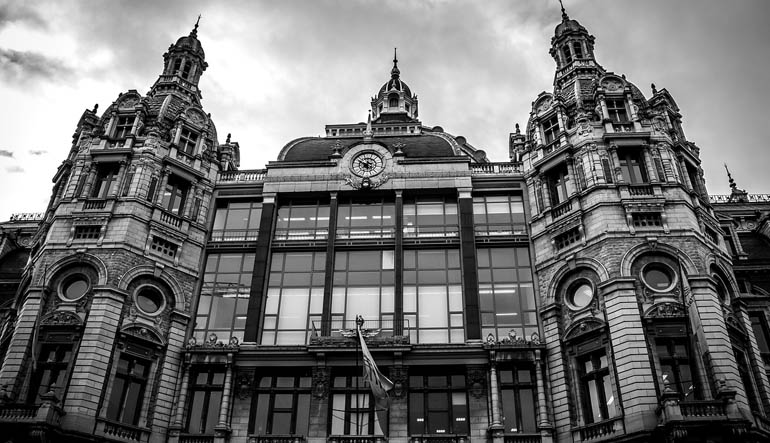 Handled well, what’s left out can illuminate a narrative, create a kind of translucence through which each scene, each character is given a kind of mysterious importance. I’m not referring here to stories driven by “whodunit” plots—though of course these are examples. Neither am I thinking of the stories written of outright grief, made up of absence so full and explicit that little is left to the imagination. I am not thinking of the genre of erasure or blackout texts, though this, too, is a medium for absence; but this particular form of absence carries with it a kind of violence that fills the page in a different way. Yet this is coming closer to the kind of silence I mean.

There’s a way in which Kazuo Ishiguro’s Never Let Me Go comes close to the absences I’m considering. The first-person narrator, Kathy H, carefully leaves empty spaces in the history she’s recounting, never quite nailing down what exactly was meant, what exactly happened to these characters at Hailsham, the school so evocative of a British boarding school? Why does she share only her final initial, rather than a name? What does she mean by donors, and what is a carer? The place is so familiar, the words are familiar, but their meaning eludes us, until, bit by bit, it doesn’t.

Most absences are held as tension within a story arc, propelling the narrative forward by withholding the reader’s satisfaction of knowledge. In this kind of narration, there’s really no way to end but with epiphany. But sometimes, it might be preferable to leave the silence. Epiphanies are only one of many possible occurrences. Perhaps our reliance on the use of epiphanies in art says more about what we wish were true, rather than what is.

W.G. Sebald’s Austerlitz is a study in absence. Much of the book revolves around meticulous descriptions of architectural details, concrete details which evoke memories which remain just below the surface of consciousness. The book opens with the narrator in Antwerp, an unfamiliar city, feeling unwell, and visiting a zoo filled with creatures who, like himself, are from elsewhere. This zoo, which will not be mentioned again in his story, contained “a Nocturama”—a “topsy-turvy miniature universe”—and his memory of the Nocturama would become confused with his memory of the Antwerp train station, so that when thinking of the train station (which will play a large role in the book) he automatically recalls the Nocturama, and when trying to recollect his visit to the Nocturama, he envisions the Antwerp Central Station. This small detail—and it is a small detail—indicates the role that memory will play in this book. Memory is, after all, comprised of little but absence; in Sebald’s telling, the presence of memory equates to its absence.

Jacques Austerlitz is the book’s main character, though not its narrator. And yet, this is not entirely Austerlitz’s story either. For all that the narrator isn’t named, or identified in any verifiable way—that we seem to learn, in fact, nothing about him—doesn’t erase him. He tugs at the narrative like the moon pulls the tides, unseen, yet never invisible. Austerlitz himself is tracing the spaces left in the wake of World War Two, cities in which he may have lived as a child; one of the children brought to escape Nazi terror through Kindertransport, he was raised not knowing anything of his childhood.

Absences on top of absences: photographs enter to provide the kind of hard evidence upon which individual memories are hinged. But these black-and-white photos are never explained, and serve to intensify the mystery of the text rather than explain it. What’s left: photos of images we can never fully identify or explain. Architecture, spaces created to contain a civilization which no longer exists. But how else to write about events so horrific that the reality of them defies our imagination?

On a recent episode of his podcast Between the Covers, host David Naimon suggested the idea of the word as bait. Yes, agreed Yanara Friedland, it’s just the necessary method of getting an idea across. It’s not the idea itself. Friedland is a translator and author of Uncountry: A Mythology, another work whose power is drawn as much from what it leaves out as from what it contains. Her digital chapbook, Abraq ad habra: I will create as I speak tells of exile, and borders. She writes in short, self-contained prose sections comprised of fragments, facts, renderings. It, too, is about death, about exile, about absence. “I did not know why I had come,” she writes. “I could not even recall his name.”

In an age of shameless self-promotion in which strangers pore over the details of one another’s lives with an intimacy rarely shared with one’s own closest friends, to allow room for silence in a text seems somehow a radical act.