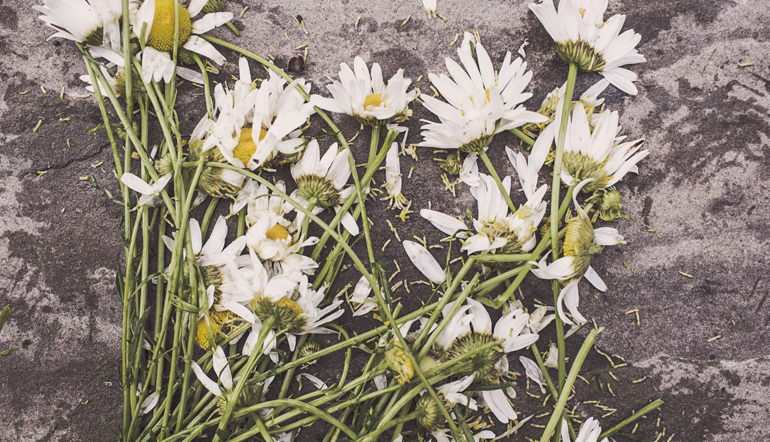 Only a few weeks after the release of his memoir, You Don’t Have to Say You Love Me, Sherman Alexie cancelled the second half of his national book tour. In a letter posted to Facebook, Alexie described how daunting it had been to write and promote a book about his fraught relationship with his late mother Lillian, who he describes as “brilliant, funny, beautiful, generous, vindictive, deceitful, tender, manipulative, abusive, loving, and intimidating.” It’s easy to see how painful this kind of storytelling would be for the storyteller. “I have been rebreaking my heart night after night,” Alexie explained. “I have, to use recovery vocabulary, been retraumatizing myself.” We write about pain, I think, in effort to understand it and to share that understanding. For Alexie, however, writing about pain had become a process of inflicting it.

I was lucky to see Alexie when he came through Boston in late June. After reading his Facebook post, I remembered how often he paused and turned his head away from the audience to breathe during his talk, which he delivered from the pulpit of one of Harvard Square’s oldest churches—not without first commenting on the strangeness of the setting. “Go ahead and take pictures now,” he said, posing behind the absurdly ornate golden eagle mounted on the lectern and joking about spirit animals. People pulled out their phones, and the church erupted in camera shutter sounds.

Despite the frequent pauses, Alexie moved seamlessly from topic to topic, somberly remarking on his mother’s life in one moment and cracking jokes about how only white folks are too pretentious to own TVs in the next. This is his specialty. (Not long before her death, Alexie had bought his mother a huge flat screen television. On one of his last visits to her house, his picture was taken in front of it. He stood in a line with his brothers and sons as Naked and Afraid played out on the screen behind them. In the photo, Alexie explained, his hand appears to be touching the bare ass of the show’s male contestant. This punch line lingered in the air, and the audience was still tittering when Alexie said it was the last photo taken of him while Lillian was alive. My mouth closed mid-laugh.)

And now, as Alexie travelled the country, his mother haunted him. “She has followed me from city to city during my promotional book tour,” he said in his letter. “As I write in the memoir, I don’t believe in ghosts, but I see them all the time.”

A few days after I saw Alexie speak, poet and Food 4 Thot host Tommy “Teebs” Pico tweeted, “pain is not the only way to learn things lol.” This wrecked me. The purpose of writing and reading about pain, it seemed to me, was to uncover something, to learn from trauma, or to heal. Alexie’s simultaneously hilarious and heartbreaking story about Naked and Afraid, for example, translated a moment in which pain was absurdly mundane and, by extension, offered up a way through those moments.

But Pico’s poetry, as Lou Cornum wrote earlier this year for Brooklyn Magazine, often “refuses” this kind of storytelling. His book-length poem IRL reads at times like a genre-bending epic and at others like an overwrought, late-night text message.

Ppl survive all the time,
thru true horrors Holocaust,
Middle Passage, 1492 like how?
I am one of the weak ones.
I cry at Beyoncé songs.
I see a young mom drunk
on the subway Throw up
blueberries or black beans
n her kid son holds her hand,
waves away strap-hangers,
forgets his happy birthday
candle on the seat The doors
close at their stop I cry
for a straight week.

Though the poem hints, in moments like these, towards a sort of self-deprecating hilarity, it doesn’t promise any kind of resolution. “I’m not being glib here, for sure poems can help heal and all that,” Pico said in an interview with Lit Hub’s Ruby Brunton. “It’s just not my intention. My intention is to write a poem.” In other words, the processes of writing about pain and healing aren’t mutually inclusive.

Recently I had lunch with a poet-friend of mine, and I brought up all of these questions about the purpose of writing about pain. We started talking about Ross Gay, a poet whose work often seems to insist upon seeking out joy in the midst of despair. Both of us are totally enamored of Gay, but I’m particularly drawn to—or challenged by—how the most fortifying or uplifting moments in his poems also devastate me. In “Sorrow Is Not My Name,” from Gay’s 2011 Bringing the Shovel Down, the speaker juxtaposes haunting images like a “red, grizzled” vulture with “agave, persimmon, / stick ball, the purple okra I bought for two bucks / at the market.” Despite the symbol-laden condor lurking in the poem, the speaker proclaims that “something like two / million naturally occurring sweet things” also exist:

Think of that. The long night,
the skeleton in the mirror, the man behind me
on the bus taking notes, yeah, yeah.
But look; my niece is running through a field
calling my name. My neighbor sings like an angel
and at the end of my block is a basketball court.
I remember. My color’s green. I’m spring.

On the one hand, this ending echoes Pico’s notion that pain shouldn’t be our sole teacher. Representations of life and vitality oppose those of death and decay, turning the reader toward hopefulness. Springtime, growth, greenery, yeah, yeah. The last few lines are irresistibly buoyant. Sorrow, as the title of the poem suggests, does not define the speaker. However, it doesn’t disappear either.

In a 2015 interview, poet Nicole Sealey brought up that Gay had once been asked in a post-reading Q&A how he was able to maintain his “love of life” and “write a collection of happy poems.” The implication, I guess, being that this was an inherently difficult task to achieve and only a happy poet could do it. “While these poems reflect or express or document or imagine a kind of happiness,” Gay told Sealey, “they are, like joy, made with (and very much about) an awareness that our lives are filled with difficulty, with pain.” In fact, Gay said, “The joyful poems are occasioned by the truth that we are suffering, we are dying.” That is to say, maybe what the speaker of “Sorrow Is Not My Name” insists upon isn’t simply that sweetness occurs, but that it does so simultaneously with despair.

What devastates me about Gay’s poetry is also what I consider the most urgent, valuable aspect of Pico’s work—an understanding that pain and joy and humor do not negate each other. Even though Sherman Alexie was able to stand behind that ridiculous pulpit telling stories about his mother, the trauma of those stories did not disappear; this particular process was not a healing one. However, in the end of his letter, he promises to return to the road and to the memoir. “I will be writing,” he concludes. “And I know I will have new stories to tell about my mother and her ghost. I will have more stories to tell about grief. And about forgiveness.” The purpose of telling these stories, he seems to be saying, is not to learn from the pain, but about it.

Tags:IRL, Ross Gay, Sherman Alexie, Sorrow Is Not My Name, tommy pico, You Don’t Have to Say You Love Me